American businesses hold a solution to one of the most fundamental flaws of American health care: misalignment of incentives. We live in a nation where profit-seeking behavior can be more alluring than high-quality patient care. To date, major health care reform efforts have paid little attention to the business community’s potential to address this issue.

Currently, the status quo is such that health insurance companies and health care providers act as profit-bearing entities. This is fine when profit is correlated with the value of care provided. Unfortunately, in the current fee-for-service system, profit is driven by quantity rather than value. The problem is easily seen: There are few incentives for enhancing health care delivery when patient care does not equate with larger profits.

Employers, on the other hand, have tangible incentives to enhance the quality of health care while decreasing costs. The CDC estimates that employees with chronic or preventable illnesses cost employers over $93 billion each year in health insurance claims alone. In the meantime, the cost of insuring workers has increased. Estimates show American businesses losing up to $186 million dollars annually due to increasing health insurance premiums.

In the face of such a grim reality, corporate America has two options: shift a portion of the increasing cost of health care to employees or develop innovative solutions. The former has been in the works for quite some time as deductibles for employer-sponsored health plans have shot up 67 percent since 2010. However, this strategy has only shown to worsen health outcomes. So as shifting costs become less fruitful, attention is being refocused on more innovative practices.

In the summer of 2015 the Harvard Business Review published a potentially groundbreaking piece on Intel corporation’s efforts to revolutionize health care delivery in Portland, Oregon. Frustrated by rising costs, Intel sought to use its purchasing power in local health care markets to improve health care delivery while reducing expenses. Their effort, known as the Healthcare Marketplace Collaborative (HMC) had two initial goals: work closely with other groups interested in addressing health costs and utilize Intel’s experience in systems management to improve quality while removing waste.

Working with other entities in the health care field was the bedrock of HMC’s initial efforts. These collaborators included health insurance giant Cigna, two health systems, and two public agencies administering state employee health insurance plans. The common thread among these diverse parties was that they could all benefit from decreased costs and high-quality outcomes.

All HMC participants reviewed their shared data to identify areas of high cost, particularly conditions that became expensive due to a sheer number of employees suffering from them. Additionally, the HMC sought to find conditions that were relatively simple to treat as such conditions would make the initial foray into the clinical space significantly easier.

As medical issues were found to meet the aforementioned stipulations, Intel’s unique strength as a business came into play. Drawing on years of experience managing its semiconductor business, Intel worked with its medical collaborators to find the best practices to address these conditions. Furthermore, Intel and the HMC’s health care providers chose protocols that had the highest chance of being standardized in a variety of clinical settings.

In the years that followed, the HMC found an up to 49% decrease in costs. As the Harvard Business Review noted, reducing such costs was an “accomplishment in an industry where slowing the rate of cost increases is considered a major achievement.”

In some cases, state governments can also act as the hub for businesses to enter the health care arena. One such example is the Dr. Robert Bree Collaborative, founded by the Washington State Health Care Authority. The collaborative features a wide range of participants including Washington state healthcare providers, health insurance companies, worker’s unions, regional employers, and the state government.

An example of the Bree Collaborative’s most recent success was the implementation of new obstetrics standards among participant organizations. Claims data revealed tremendous variation in obstetrics care practices across providers in Washington. Starting in 2011 the collaborative’s obstetrics working group developed three specific foci to remedy this situation. They sought to eliminate elective deliveries, reduce elective inductions of labor, and decrease variation in C-section rates among providers.

When all was said and done the data unveiled a bonanza of savings to the tune of nearly $9.5 billion, a 93.4 percent decrease in early elective deliveries. A salient advantage of these results was the concurrent adoption of these impactful protocols by state-run health programs. This represents the advantageous role of health collaboratives to function as incubators for health policy with successful results easily translatable to publicly-funded health programs.

Other efforts have followed in the wake of the HMC & Bree collaborative’s success. In 2013, the Robert Wood Johnson Foundation revealed the efforts of several employers as part of its Aligning Forces for Quality initiative. And more recently the Wall Street Journal reported the formation of a new alliance of 20 major employers to target health care costs.

However, there is still room for improvement. One such area is the ease of accessing and sharing health care data. This is an area where cogent public policy has the potential to engage collaborative and help facilitate their functionality. Both federal and state government have a role in creating avenues to safely bank and allow access to both insurance claims and health outcomes information. Through centralization and standardization, it is possible to create a uniform way for future collaborative efforts to access health care data and enhance their effectiveness.

Initiatives utilizing the business community and its ongoing role in insuring almost half of America represent a unique means of enhancing value in health care while reducing costs. Full-scale reform may be needed to truly align quality health care provision with financial incentives. Until then, the programs developed from fledgling collaboratives across the nation can help us better understand how the American health care delivery system can evolve for the better.

Pradhan Bhat is a medical student.

How chaplains are a valuable part of the health care team 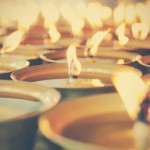 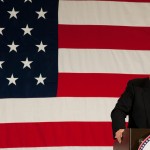 How employers can lead the way for health reform
5 comments