The past decade has seen an enormous upheaval in the practice of medicine. The private independent medical practice is in danger of extinction. Management overhead and red tape has skyrocketed due to government regulations and private insurance and pharmaceutical benefit rules. Added to that are multiple electronic medical records that need to be implemented, vary from one hospital to another, and often do not “talk” to one another. Thus, it would seem obvious that physicians are leaving their practices in large numbers. Perhaps. Perhaps not.

An April 5, 2017 Time Magazine article broke down retirement rates by professions. They charted the percentage of workers still working after age 65. It seems that this is an accurate yardstick to measure the issue.  Topping the list of working professionals least likely to retire after 65, were tax preparers. 14.6 percent them were still working at age 66 and beyond. Pharmacists were at the bottom with only 4.3 percent. Although not near the top, physicians and surgeons were still in the top third at 8 percent.  So why then do so many physicians resist retirement? I believe there are multiple reasons.

For many physicians, medicine is the only employment they have had in their adult life. Despite drops in salaries and autonomy, they still enjoy above-average wealth and income and may fear loss of this post-retirement. I fully retired three years ago. I have friends who still work and others who don’t. Illnesses play a role for sure. Some have few hobbies and fear boredom. That is a reasonable concern. Most of us are used to being respected by the public and inwardly fear that loss as well. My father, who had no hobbies, worked as an internist up until almost the day he died. Certainly, I am called “mister” a lot more these days than “doctor.” For me, however, there seemed to be a loss of “purpose.” Victor Frankl’s famous 1946 book Man’s Search for Meaning has a great quote that goes something like this: “Your work is not your worth.” This is a concept that is difficult for many of us to accept and grasp.

Although I spent most of my career in private practice, I always felt like a teacher. I would teach my patients, younger doctors joining the practice, nurses, and pharmacists. That all disappeared as soon as I retired. I write and read a lot. I like to fish and practice tai chi. I will soon become a tai chi instructor perhaps filling one need. A good fishing friend of mine who retired from sales and many years on the road and in the air, doesn’t understand why doctors are reluctant to retire. I don’t want to be judgmental, but for him he had a job. For many doctors, we feel as if we have a calling. For me, every other January is decision time. That is when my Florida medical license is up for renewal. Although the likelihood of me returning to active practice is low, the mere act of giving this up would mean that there really is no going back.

Lastly, the act of retirement brings into hard focus that this is indeed the “last stage” of one’s life. Although we deal with the death and dying of our patients daily, when it is “our” death and dying, well, that is a different matter. The hassles of corporate and industrialized medicine will continue to affect physician retirement rates. However, for many of those in the profession, the idea of life without medicine is just too scary to contemplate.

Remember that your doctor is also human 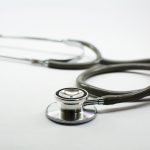 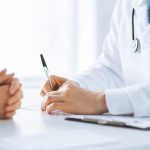