Decisions about how many children to have (if any) or what type of contraception to use are complex. For patients who are not health care providers, the doctor-patient relationship remains a critical relationship by which these sometimes difficult decisions are navigated. As a practicing gynecologist for 13 years, I continue to be mystified at how many women report to me a nearly complete lack of counseling prior to being prescribed a contraceptive.

A health care provider’s (HCP) obligation is to explain the risks and benefits of various birth control methods in order to choose the one that is most acceptable to the patient in the context of that patient’s medical history, family history, personal risk factors such as smoking as well as issues of convenience and cost. There has been a recent move in the U.S. to make oral contraceptive pills (OCPs) over the counter, expediting counseling sessions with check-off lists and brief discussions with a pharmacist rather than a HCP. Knowing how busy pharmacists are filling prescriptions all day, I question the reality of these overworked professionals being able to adequately screen and counsel patients on top of their own duties.

Unfortunately, contraceptive counseling is frequently not extensive or thorough, and many patients feel that they did not truly give informed consent when it came to accepting a contraceptive method. Whether this is due to time constraints on the part of the HCP, an erroneous assumption that a patient would prefer a certain type of birth control, or simply an inadequate knowledge base, patients frequently report that they not made aware of how their birth control works such as taking a OCP at the same time every day. They may experience side effects that they do not relate to the contraceptive.

In some populations, especially low-income urban ones, certain types of birth control seem to be suggested more often than those recommended in the wealthier suburbs. More urban women are offered shots, implants or IUDs rather than oral contraceptives or fertility awareness methods. This is also true in developing countries where shots and implants are encouraged over pills (too easy to forget) and IUDs (require more skill to insert). Extensive counseling about methods, risks and benefits may be lacking due to poor training of community health workers (who are not doctors or nurses), language barriers, or lack of a locally available variety of birth control options.

As an example, many women have heard that smoking and taking birth control pills can be risky, but they may not be told why. Some women are not informed that OCPs can cause a blood clot, heart attack or stroke, even if a woman does not smoke and have other risk factors like obesity. The number of lawsuits due to blood clots has increased due to the elevated risk of fourth-generation progestins, birth control patch and vaginal rings. Some of these women have undiagnosed genetic clotting disorders. Women are often unaware of irregular bleeding and significant weight gain risks from the birth control shot. IUDs can cause bleeding irregularities, pelvic pain, perforation and migration which some women report not having fully explained. Implants can also cause bleeding issues and be difficult to remove. Non-hormonal contraception such as condom use alone, diaphragms or modern forms of natural family planning/fertility awareness methods are frequently not even mentioned as options.

Some HCPs feel that any side effects from birth control are superior to a woman becoming pregnant unintentionally. Certainly most women who are an engaging a HCP provider about birth control are wishing to postpone pregnancy temporarily or indefinitely. A thorough discussion of family planning options should take place far before a positive pregnancy test. Due to the increasing rates of infertility in this country, a frank discussion about age-related fertility decline, a woman’s plan for any future childbearing, and addressing any medical issues such as hypertension and diabetes is warranted. Women who wish to avoid pregnancy altogether should discuss permanent sterilization options, with the understanding that there is often a higher degree of regret the younger a woman is when pursuing this option.

Lastly, many women are started on hormonal contraception for non-birth control reasons such as irregular or heavy periods, painful periods or acne. Birth control does not “regulate” cycles, but rather suppresses a woman’s own sex hormone production and substitutes synthetic hormones in a measured dose causing drug-withdrawal bleeds (not periods) or suppression of bleeding altogether. Women are not suffering from “birth control deficiency syndrome,” but rather often have complex reasons for their menstrual problems ranging from polycystic ovarian syndrome, endometriosis, fibroids, polyps, thyroid disease or ano-ovulation. Cancer remains a rare but still possible cause for irregular bleeding. An exam is recommended in this setting even if a woman is up-to-date on her Pap screening.

An etiology for a woman’s symptoms should be sought before prescribing hormonal birth control especially if a woman does not need contraception. Many women go years without a diagnosis of their underlying medical or hormonal problems due to being prescribed birth control indefinitely. There is no substitute for a careful history, targeted exam, and respectful doctor-patient relationship whether it be for contraceptive needs or for diagnostic expertise. Outsourcing of contraceptive counseling to the pharmacy will likely result in more unplanned pregnancies, not less. Women deserve nothing less than our best when it comes to these potentially life-altering health care decisions.

What surgeons aren't saying about sex after hip replacement 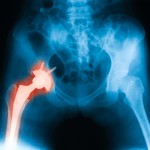 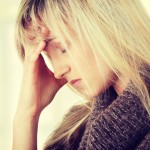 We must do a better job of contraceptive counseling
1 comments