Recently in Missouri, a bill was proposed that would ban women on oral contraceptives (OCP) from working. In the world of politics, the use of contraceptives has been discussed ad nauseam, often without medical consideration. As physicians, in order to continue to uphold our Hippocratic Oath: “First do no harm,” it is imperative that we continue to challenge any law that goes against scientific evidence, and our voices must be heard loudly and often. The oral contraceptive pill has a PR problem, and the “pro-life” lobby has a great PR machine fueling its cause, often in direct contradiction to scientific evidence.

The OCP issue isn’t a liberal vs. conservative issue. It isn’t a Republican vs. Democrat issue. It isn’t a man vs. woman issue. This is an issue of who should be deciding the medical care that is appropriate for patients. Should it be a physician with years of schooling and training who practices medicine with the sole purpose of providing excellent and educated medical care? Or should medical decisions be left to government lawmakers with no medical training?

Stemming from this, there are two main points that need to be addressed. First, OCPs are not only used for birth control; they serve many other medical purposes. Second, how on earth does stopping someone from taking a pill meant to prevent pregnancy make one “pro-life.”

Let me elaborate on my first point which directly relates to the OCP PR problem. In the majority of the discussions, the fact that OCPs serve many other medical purposes besides contraception seems to be missing. As a hematologist and oncologist, I see countless women who require iron infusions or blood transfusions because of heavy menstrual losses. In many cases, OCPs are the only medications that are able to decrease the bleeding that will allow these women to live normal lives. Without OCPs, these patients would require ongoing interventions such as multiple doctor visits, regular blood transfusions or regular iron infusions. Why should these women be penalized for having heavy periods simply because they are on a pill that also happens to be a contraceptive?

OCPs are also used to treat polycystic ovarian syndrome (PCOS), endometriosis and acne to name a few. They provide protection against certain endometrial and ovarian cancers. They are used in the treatment of pelvic inflammatory disease, and benign breast disease, among other medical problems. By making it more difficult to get medications to regulate periods or treat PCOS, there will be more women facing larger medical bills for other, less effective treatments for very treatable medical conditions. And yes, these drugs can also serve as contraception while treating other diseases. By penalizing women for using OCPs to treat endometriosis or ovarian failure, more women will likely have unnecessary complications from these disorders. These are medical conditions, and the decision as to whether a woman should be on this medication should be made by the patient and her physician, not a blanket law made by individuals who will likely never personally be affected by its implementation.

To solve the OCP PR problem, what if we changed the marketing of these OCPs from contraception to medications for acne treatment, or medication to decrease menstrual bleeding or medication to help with premenstrual symptoms? They could be described as medication to treat polycystic ovarian syndrome or endometriosis. Would the proposed legislations still pass? Would the government still be able to decide what medications should and shouldn’t be prescribed to women despite a physician’s recommendation? By denying women the right to medications that serve a variety of purposes simply because the drug also happens to be a contraceptive is dangerous.

The next (and more hotly debated) question is this: should OCPs be prescribed to individuals who do intend to use them as contraceptives. This brings me to my next point. The “pro-choice” vs. “anti-choice” discussion.

The use of the term “pro-life” is a medical misnomer and was developed because the anti-choice lobby is actually quite smart and pragmatic. They have marketed themselves as advocates “for life” but in actuality, they advocate against choice. As any PR or marketing professional knows, the message isn’t as important as the catch phrase or the shiny package the product is wrapped up in. By using a name that does not most accurately describes their standpoint, they have marketed themselves as “for life.” They use verbiage that makes it seem their tenets are solely positive. The anti-choice lobby developed a marketing strategy built on the idea that they are fighting for the “little guy without a voice.” But who are they actually fighting for if “the little guy” is an egg that has not yet been fertilized or a fetus that has not yet been conceived? This hypothetical “little guy” does not actually exist. The real question then becomes, who is actually fighting for the real little guy. Who is fighting for the women who don’t have access to these valuable medications? Medical professionals should, and this is why we as physicians need to make our voices heard.

The OCP has a PR problem, and we need to figure out a way to change this. It is imperative in order to protect the sanctity of the doctor-patient relationship and to allow us to continue to provide safe and effective health care to all of our patients, regardless of gender.

Shikha Jain is a hematology-oncology physician.  She can be reached on Twitter @ShikhaJainMD.

Who is alive: man or machine? 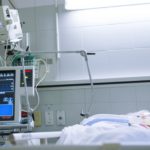 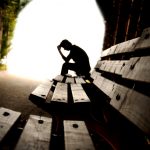