I still have a little mental trauma from my first anesthesia job. Well, actually, it’s really from the hospital. And it all occurred over a four-year period.

The anesthesia group was awesome. The OR staff was like family. The patients and surgeries were challenging. It was a great first job to take out of training.

Like most first jobs, I wasn’t experienced enough or confident enough to ask certain questions during the interview. Questions I didn’t know to ask. Questions if you were told to ask you would wonder, “Why in the world would I need to ask that?”

The end of 2014 to the final months of 2018 was a whirlwind of credentialing and eventually interviewing for a new anesthesia job. Our group went from hospital employees to working for a national staffing company only to be replaced by another one 22 months later. The second staffing company lasted a year and a half before we were once again hospital employees starting January 1, 2018.

Early September, we were informed the hospital would be closing its doors as of December 30.

One hospital closure after another

Now, you might be thinking that I worked in some rural hospital, and this contributed to its financial woes and ultimate decision to shutter its doors. However, it was Providence Hospital located in our nation’s capital, Washington DC.

Last year was unprecedented and likely accelerated the closure process for many of these facilities. It was the opposite during my time at Providence. I witnessed the slow, gradual downfall of a once-prominent hospital in the District.

Dysfunction in the ORs

There were many factors that led to its demise and plenty of blame to pass around. However, from an OR perspective, it was like watching a sinking ship, and I was along for the ride.

OR utilization was horrific. Surgeons were showing up hours late for scheduled procedures. We had anemic turnover times between cases. Cancellations happened because a surgeon didn’t like the nurse in the room.

It was mind-blowing, and we were hemorrhaging money.

In an age where cataracts are performed in surgery centers, we were dedicating two out of 8 ORs multiple days of the week to eyes. And once a week, we had one surgeon who would take 8 hours to complete five cataract surgeries.

Imagine trying to justify that one to your hospital administration, but it was accepted because it inflated case counts.

Where did the OR cases go?

The ORs were rocking when I first started practicing anesthesia, but over the years, there was a steady downtrend. It started with a few surgeons retiring.

It was expected because of their age, but the problem became that they weren’t being replaced. It was a combination of poor recruiting efforts and a lack of purchasing new equipment. Both go hand in hand because it’s hard to attract younger surgeons to a facility left behind in time.

Next, a few surgeons left for better block time, better equipment or a better deal with a more secure hospital.

A full day of cases shortened to the late anesthesia providers leaving earlier more often. Over time, staff working 8 or 10 hours shifts saw themselves being relieved before their scheduled finish time on a regular basis. The last few years a list was created to call people off when an OR or two was shut down for the day because there were not enough cases.

Years before the hospital closed, I told my wife it was inevitable Providence was not going to make it. But like many of the people in our group, I stuck around because I was comfortable in the routine.

I loved the staff there. I loved taking care of an underserved community. I loved the experiences it provided, good and bad.

It’s those experiences that taught me the questions I needed to ask when interviewing for my next anesthesia position.

Bouncing around from different anesthesia groups within the same facility to watching a hospital fail changes your perspective on how to evaluate an anesthesia job.

The focus now expands from is the group a good fit for me and am I a good fit for the group, to inquiring about the anesthesia group’s and hospital’s outlook for the future.

Many of the questions should be centered around the anesthesia contract with the hospital. How long have you had the contract? What is your relationship with the current administration? (Most hospital CEOs average 3-5 years in the position) How is the group integrated into hospital committees and leadership roles?

An anesthesia group that is actively involved in hospital management becomes integral in the mission’s overall success and is seen as a value-added to the administration. With many anesthesia departments receiving a stipend from hospitals to cover costs, “putting people asleep” is not enough anymore.

Does the anesthesia group have low complication rates? High patient satisfaction scores? How does the group rank in medical staff surveys against other departments? These are metrics the executive suite understands, and if the group ranks well in these areas, they’re more willing to pay for your services.

Where is the hospital going?

Next, dive into how the facility is managed. If you are looking to make a long-term commitment to an area, you want to make sure the hospital has financial stability and a plan for the future.

Before even sitting down for the interview, do a search on the facility. Check out news articles and reviews. Granted, you might not find anything, but you could discover it has earned regional recognition or had a budget shorting coming for the previous year. It’s akin to reviewing the chart before going into pre-op the patient. It’s a starting point to guide the discussion.

When assessing the hospital, you want to take into consideration what they have done in the recent past and their plans for the future. Have they and are they continuing to invest in the facility and its staff?

Have there been any recent upgrades to the hospital? New wing or buildings? Renovations to the facility? Are they investing in new equipment?

Have they recently brought on any new surgeons? Are there any in the pipeline? What specialties are they looking to build on?

Lasty, don’t be afraid to ask what the financials of the hospital are. Granted, as we muddled our way through COVID, 2019’s and this year’s numbers are probably pretty bleak. But find out what it was like before the pandemic. Does it have the financial support to continue its mission as we crawl back to normalcy?

I wasn’t joking when I said I have a little mental trauma from my first job due to COVID. We had some days when we closed some ORs because of low case counts. There was a tiny part of my brain that flashed panic because “I’ve seen this before,” but I reminded myself the circumstances are different and to relax.

Due diligence during the interview helped gather all the available information to conclude the hospital was on the right path. The anesthesia group was an integral part of its success. But that being said, if the last year taught us anything about the health care industry, there is no such thing as a sure thing.

We can only make an informed decision with the current information and continue to provide excellent patient care until the hospital kicks us out or we decide to leave. 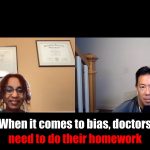 Being a doctor is holy work 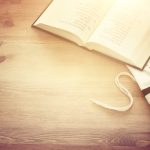