Recently, former reality television star Kristin Cavallari released a potentially lethal recipe for homemade baby formula in her new lifestyle book, Balancing in Heels.  Cavallari, who rose to fame as high-schooler on MTV’s Laguna Beach, is attempting to rebrand herself as an all-organic Suzy homemaker and offering dangerous medical advice along the way.

In her book, Cavallari goes against all conventional medical wisdom, advocating for feeding young babies a homemade concoction instead of commercially manufactured infant formula.  As part of her press tour, she released a recipe for homemade formula, which includes goat’s milk powder, organic maple syrup, olive oil, cod-liver oil and molasses.

While Cavallari is not the first celebrity to offer dubious medical advice (Gwyneth Paltrow treating her flu at the spa or advocating for vaginal steams, anyone?), this recipe crosses the line from absurd to downright dangerous.

Cavallari claims that “goat’s milk is the closest thing out there to human breast milk,” but she is wrong; commercial formula is.  A diet of goat’s milk, which lacks essential nutrients that are key to an infant’s growth, including vitamin D, B12 and iron, can lead to severe deficiencies with potentially irreversible consequences.

The American Academy of Pediatrics (AAP) clearly recommends that infants be fed only breast milk or iron-fortified infant formula in the first 12 months of life. Cavallari blatantly disregards their stance, writing: “I would rather feed my baby these real, organic ingredients than a heavily processed store-bought formula that contains ‘glucose syrup solids.”

While this might sound appealing, in theory, the practice of making formula at home is associated with a whole host of complications, including severe electrolyte abnormalities, anemias, allergic reactions and infections — all of which can be lethal in infants.

While breast milk is the most natural nutrition source for babies, most mothers do not exclusively breastfeed for 12 months — and this is when formula becomes necessary for adequate childhood development.   Commercial formulas are tightly regulated by the FDA and have strict nutritional standards.   They contain a precise amount of vitamins, proteins and fats that are blended to achieve a nutritional profile that approaches that of breast milk.

By making batches of formula at home, a caregiver also runs the risk of inadvertently measuring incorrectly. While a difference between a half and full cup of water might not be a big deal when making pancakes, in making formula it could be catastrophic.  In infants, severe electrolyte imbalances, caused by too much or too little water, can lead to dehydration, seizures and even death.

Although Cavalleri’s recipe recommends using a powdered, pasteurized version of goat’s milk, many homemade formula recipes call for using raw, unpasteurized goat’s milk: a technique that comes with its own set of serious complications.  In a 2013 position statement on raw milk products, the AAP makes no bones about it: “Any potential benefits touted by raw milk enthusiasts are outweighed by the real risk for serious infection.”  In fact, the AAP is so concerned about potential bacterial (like listeria, salmonella and E. coli), viral (like rabies and norovirus) and even parasitic (Giardia) contaminants that it advocates for a ban on the sale of all raw or unpasteurized milk and milk products.

Proponents of goat milk-based formula, including Cavallari, claim that goat’s milk is less allergenic than cow’s milk.  However, evidence shows that most infants who are allergic to cow’s milk are also allergic to goat’s milk.  In fact, there have been several case reports where children with a cow’s milk allergy have had life-threatening allergic reactions after consuming goat’s milk.

I would hope young mothers would turn to their pediatricians for advice on how to feed their children, but it is easy to imagine how many might mistake Cavallari’s attempt at self-promotion as fact.  With her sparkling smile, all-American, football-playing husband and cute brood of children, she may appear to many as a woman who has it all figured out.  But while Kristin Cavallari may be successful at balancing in heels, her opinion on infant nutrition is much less stable.

Alexandra Sowa is an internal medicine physician.  She can be reached on Twitter @AlexandraSowaMD.

Women surgeons can do it all 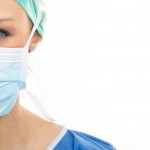 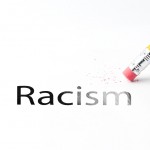