By the end of April 2022, nearly 40 percent of the country’s baby formula ran out of stock, leading to a major baby formula shortage in the United States. The plummeting availability of baby formula has left parents and caregivers anxious as they struggle to feed their infants, since roughly 75 percent of babies in the U.S. receive at least some formula by six months of age.

Formula provides the necessary vitamins and nutrients required during early development and is commonly used as a safe alternative for the roughly 38 percent of mothers who cannot breastfeed due to reasons not limited to discomfort, medical-related issues, and work-life balance. Studies report that over 60 percent of mothers do not breastfeed for as long as they intend to, as it can also be physically and mentally taxing. Thus, this shortage has potentially dire effects on infant health.

The decreased supply of baby formula can be traced back to the start of the COVID-19 pandemic, where some families bought and stockpiled preemptively in fear of shortages. A recent recall by the FDA this past February exacerbated the existing situation when the agency pulled many brands off shelves after there were grounds to believe that contaminated formula linked to bacterial infection was responsible for four infants being hospitalized and possibly led to the death of two.

Following this news, Abbott Laboratories, a dominant supplier of baby formula, shut down a production plant to allow for investigation. Concurrently, the war in Ukraine has further complicated the issue as Ukraine is a top distributor of sunflower-seed oil — an important ingredient that provides the necessary fats to products like baby formula. Russian forces are hindering exports and worsening an already tangled supply chain dilemma. Consequently, other manufacturers like Mead Johnson Nutrition have experienced setbacks and are maximizing production to compensate.

Nearly every caregiver who relies on formula to feed their kids has felt distressed as they scour the empty grocery store aisles. Some families have driven hours outside their hometown only to return empty-handed. Emerging data suggest that southern states are experiencing the worst of the shortages, and low-income households, in particular, are being hit the hardest.

Around 50 percent of infants in southeastern states (~1.6 million infants nationally) receive federal funding from the Special Supplemental Nutrition Program for Women, Infants, and Children (WIC), a program that provides cost-free formula to families who qualify. While government infrastructure is incredibly important, this centralized initiative establishes the federal government as the largest buyer of baby formula in the United States.

Through sole-source contracting, states can maintain exclusive contracts with brands they choose to do business with, potentially causing certain brands to monopolize states’ markets, which can raise serious issues when problems arise. Thus, the closure of Abbott’s production plant has had major consequences for families reliant on WIC, as they have fewer resources to seek other options and are most vulnerable.

Infants that are unable to feed adequately face potentially dangerous developmental problems due to insufficient nutrition, which can severely impact their long-term health. Some parents have resorted to rationing their baby’s food, diluting formula, and even making their own homemade versions to feed.

Medical experts heavily dissuade caregivers from employing these practices as they can create more harm than good, causing malnourishment and poor nutritional balance. They advise parents and caregivers to reach out to their child’s pediatrician for guidance and safe alternatives — particularly for children that have special dietary needs and are considered high-risk.

In response to the heightened concern around the country, the Biden Administration invoked the Defense Production Act in mid-May to authorize commercial aircraft to pick up products from overseas and mandate suppliers to provide resources to baby food manufacturers first. The Abbott manufacturing plant reopened in the first week of June after investigations found no evidence to link the bacterial infections to its formulas. Though the situation will not resolve overnight, specialty formulas should be available to consumers by mid-June, and Abbott states that shelves will be better stocked in the coming weeks.

Is being a victim a part of being a doctor?

What I learned after being hacked on social media [PODCAST] 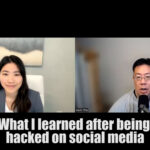