An excerpt from Frankie: How One Woman Prevented a Pharmaceutical Disaster.

Between September 1960 and November 1961, when the news broke around the world about thalidomide’s responsibility for the birth of deformed babies, Dr. Frances Kelsey — Frankie — of the Food and Drug Administration (FDA) and the Cincinnati drug company Merrell, that was desperate to launch its ten million thalidomide tablets on unsuspecting pregnant mothers in the U.S. who were suffering from morning sickness, were locked in conflict over Merrell’s dissatisfaction with the way Frankie was handling the thalidomide New Drug Application. Despite great provocation, Frankie kept her cool.

As Merrell’s self-imposed March 1960 deadline for launching thalidomide into the blood systems of American women came and went, Merrell senior executive Dr. Joseph Murray’s dreams of bonuses from the success of thalidomide in the US began to evaporate, and he became increasingly annoyed and frustrated with Frankie.

Merrell’s dissatisfaction stemmed not only from her refusal to approve the drug but also from its conviction that Frankie, as a woman, was somehow exceeding her authority in not allowing the male company executives of Merrell to launch on the American market the ten million thalidomide Kevadon tablets they wanted to sell across the nation.

Frankie recalled [in a handwritten memo] that on December 28, 1960, she made a phone call to Murray …

advising him [as Frankie explained] that Merrell’s local representative had only left one copy of some additional material, Dr. Murray claimed this file was meant for my personal attention rather than for inclusion in [the] NDA. So he said he would send an additional copy. I explained to him the delay and confusion entailed by personal submission of material. He urged me to set a conference date in the near future as they were anxious to market Kevadon and it would require them to detail their salesmen etc. I made no commitments.

This was the pattern of the interaction between Merrell and Frankie for the next eleven months; Murray would push, probe, try to persuade Frankie, try to coerce her, instead of seriously looking into her concerns about the thalidomide NDA. He tried pretty much every stratagem and tactic imaginable, except for actual physical assault and direct bribery. But Frankie was not to be pushed, probed, persuaded, coerced, or anything else.

On December 30, 1960, two days after Frankie made this phone call, her husband, Ellis, who had seen some of the supporting evidence for the thalidomide NDA, wrote a memo to his wife with important content relating to her vital work in assessing the thalidomide NDA. While Ellis did not work with Frankie at the FDA, theirs had always been a marriage founded on a deep and shared love of medical and pharmacological matters. Ellis entitled his memo “Comment on information concerning Kevadon submitted by W. F. Merrell Co. December 9, 1960.” His most strident comments are these:

(1) There is no conceivable significance in a distinction between “natural” and “synthetic” precursors to a synthetic chemical. In either case, the final product is “unnatural.”

Ellis went to explain in more technical detail how useless he considered a section of the submission entitled “Absorption Studies in Rats With C-14 Labelled Thalidomide.” He says that “the experimental procedure used is either undescribed or inadequate. The data are completely meaningless as presented.” He concludes, “In summary, none of these data is of any value whatsoever, except to demonstrate that all of the drug is not excreted unchanged in the feces.” He goes on to point out that “in the section ‘Pharmacological Comparison Between Thalidomide and Glutethimide’ appears a very unusual claim that thalidomide has no LD.” As he says, “No other substance can make that claim.” What Ellis means is that every substance does have some dosage level that will kill. For example, drinking an extremely excessive amount of water would obviously be fatal, and even chocolate has a fatal dosage level for an adult (a reassuringly high twenty-eight pounds)—assuming anyone could eat even close to that amount and keep it down.

Ellis Kelsey was showing the thalidomide NDA for the piece of amateurishly incompetent drivel it mostly was.

A memo written by Frankie on September 26, 1961, provides final and convincing evidence of her concerns about the use of thalidomide in pregnancy, though of course we know by now that this had been something on her mind since May of that year. We have already quoted this memo in the Prologue, but it is so important that it deserves to be quoted here again, in its proper chronological place.

Murray of Merrell called to try and get a deadline set for release of Kevadon. I explained I was concerned about the use of the drug in pregnancy because of the possible effect on a fetus and the lack of mention of objective findings in peripheral neuritis. He [Murray] wondered if he could record changes by phone and then print up the brochures for the October deadline (to get product on market by Christmas) or bring them in and have me OK them. I said neither would be acceptable as misunderstandings inevitably result and that he should submit the materials through the usual channels. I said we would get to it as soon as possible but could give no definite commitment.

Given what was subsequently discovered about thalidomide, there is something macabre in this fresh example of the extreme pushiness of Murray’s behavior. He tries to get past Frankie’s extremely reasonable objections and reservations by phoning her with some information and making clear that he wants to get the product to market by Christmas 1961, presumably as a Christmas present for the moms of the United States.

James Essinger and Sandra Koutzenko are authors of Frankie: How One Woman Prevented a Pharmaceutical Disaster.

How a physician keynote can highlight your conference 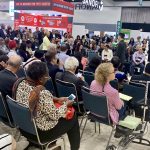 Seeing the effects of the opioid crisis play out live 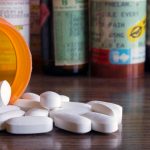 How one woman prevented a pharmaceutical disaster
1 comments