I watched all three presidential debates this summer with health care being a time-consuming topic for all. Universal health care and Medicare for all, with or without an option for private insurance, were debated and discussed at length.

At the same time, NBC Nightly News presented a story documenting that all our antibiotics come from production in China. With globalization policies, which promote moving production to lower-cost overseas factories, there is no longer any production of antibiotics in the USA. A former member of the Joint Chiefs of Staff, citing the current trade conflicts and China’s aggressive military stance in the Pacific, considers this a security issue. I have heard not one question or comment on this topic in the debates.

Recently, once again, the blood pressure medicines losartan and valsartan were recalled because they contained potential carcinogens. These generics were produced in India, Asia, and Israel. These same drugs have been recalled multiple times in the last few years for similar problems.

Due to the reduction in funding for FDA inspections, many of these foreign plants have not been inspected for years. We can add recalls of generics to drug shortages. We suffered a shortage of intravenous fluids for hydration because the primary production site in Puerto Rico was destroyed in a hurricane. We had shortages of morphine and its derivatives for the treatment of orthopedic trauma and post-surgical pain. They substituted foreign-produced short acting fentanyl. I saw pediatric ER physicians unable to administer the most effective treatments for sickle cell crisis in children because it required the use of a narcotic drip to offset the dramatic pain the treatments induce as they stop the crisis.

Then there are the psychiatric patients on antidepressant generics who are paying hundreds of dollars per month for products that wear off in 16 hours rather than 24 as the brand product did. Their symptoms creep back in, allowing them to tell time-based on the reduced efficacy of these products. By law, generics are required to provide 80 percent of the “bioavailability” of the brand product, but what does that mean and who is testing?

This all began when the Reagan Administration closed the FDA research lab. Prior to that, all new products were sent to that lab for approval prior to being released in America. On their watch, a pharmaceutical product never had to be recalled. Big Pharma complained they took too long as did some consumer groups. This resulted in the defunding and closing of the lab. Products are now outsourced to private reference labs, and their reports are sent to the FDA for review. The frequent drug recalls contrast to the success of promoting safety when the FDA did it themselves.

Isn’t it time for the health care debate, especially the presidential debates, to discuss the safety, efficacy, supply, and cost of pharmaceutical products? I am all for bringing production home to the USA, restoring the FDA funding for the reopening of their lab as an impartial test site and putting the cost of repeatedly testing the generics for efficacy even after approval and release on the backs of Big Pharma. Let’s see these topics introduced to the health care debate too. 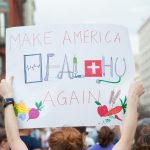