Joe had one of the best geriatricians in the city.  So when he got a call from the pharmacist saying his new prescription was ready, he assumed that it had to do with his recent annual visit and blood draw. His suspicions were confirmed, a few minutes later, when he got through to the nurse at the office.

Joe was politely informed that he had high cholesterol and was being put on a statin. Although he hung up the phone satisfied and raced out to the pharmacy to pick up his new pills, a casual observer might find a few things concerning.

Neither the doctor nor the nurse actually talked to Joe about the significance of high cholesterol. No one bothered to discuss with him the risks and benefits of statin medications.  There was no mention of side effects or complications.  No joint decision making.  And certainly no consideration of a trial of diet and exercise.

A few weeks later, Joe received his results in the mail.  He marveled at the total cholesterol reading of 227.  But no one explained that a large part of his total cholesterol was made up of HDL or good cholesterol.  Joe’s HDL of 75 was actually protective when it comes to cardiac disease.  His bad, or LDL cholesterol, was 148.  Not perfect, but not horrible either.

Now, did I happen to mention that Joe is 85 years old and is only on one other medication?  He takes a piddling dose of Lisinopril for high blood pressure.  Joe has never had a heart attack.  Never had a stroke.  He doesn’t smoke or have diabetes. He exercises daily and has a normal BMI and waist circumference.

Joe has an exceedingly low risk of having a cardiac event, and in his case, a statin has a much greater likelihood of causing harm than good.

Yet now he takes simvastatin, and avoids eating his favorite desserts.

This is not just a fictional story; it happened.

You would think that by now we would be better than this.

But a large number of physicians are still practicing medicine without using even a modicum of evidence or common sense.

And actively engaging patients in shared decision making is still the exception and not the rule. 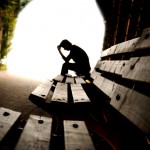 Confused by food labels? You're not alone. 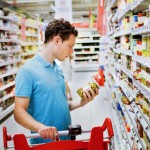