I saw a patient last week for her chest pain. A 60-year-old woman came into the hospital because her chest tightened every time she went running. The pain would last about 20 minutes, centered on the left side of her chest, and radiated to her left arm. It lasted until she would finally take a break from running and sit down.

“This is classic,” I thought. “Stable angina.” I could now direct my line of questioning for the rest of the medical history to confirm my suspicions. “Any other medical problems? Ever been hospitalized before?”

“Well, I had a heart attack two years ago.”

“I’ve got my Advair inhaler for my asthma, Prilosec for heartburn, and Tylenol for arthritis.”

What? No beta-blocker? She had had a heart attack before and was still complaining of angina. She was at a pretty high risk of dying from a second heart attack, but for whatever reason wasn’t taking the one pill proven to prevent subsequent infarction and improve survival in people who have suffered a heart attack. So I asked, “Are you sure you’re not taking a beta-blocker, like metoprolol, atenolol, carvedilol? Anything at all that ends in –lol?”

“No, none of that sounds familiar.”

“Well, do you follow with a doctor about your heart problems?”

“Not really, I see my regular doctor for everything else, but I haven’t brought up those issues with him before, and I don’t really think I need to see a cardiologist or anything.”

Well, this was just strange. I spoke to her at length, citing that heart disease is the leading cause of death in America today, accountable for one out of every four deaths. I explained that beta-blockers reduce her risk of dying by nearly 20 percent. But mostly, I just wanted insight into why she didn’t think it was a problem enough to seek medical help at all.

“What do they think?”

“Well, they say that they get aches and pains sometimes, too.”

“But this is different …”

“They say that everyone has pain sometimes and that you can just deal with it and move on.”

“I don’t think it works like that. There’s something wrong with the arteries in your heart, and without taking medication, you are at a serious risk of death from another heart attack.”

“Yeah, but my friends tell me all the time that I don’t look sick. They tell me to look at all that I have — my job, my family, people who care about me. That if I can just appreciate the fortunate things in my life, the pain won’t bother me so much.”

“That’s all wonderful to have, but it doesn’t really affect the fact that there is a physical problem that is causing you to feel this way.”

“But doesn’t everyone get sad sometimes? Can’t I just be happy if I wanted to?”

Now, let’s change some of the facts and see how that adjusts our perspective. The patient didn’t have stable angina. She had depression. She didn’t have a heart attack. She had a suicide attempt. And she wasn’t 60; she was 20. I guess some of her friends’ responses make sense now; those are perfectly reasonable reactions to depression, right?

Why is mental health approached with such patronization and judgment? It would be absurd to ask a patient to “just get over” anginal chest pain, to just make it go away, to just control it. To tell a person who had just had a myocardial infarction to look at the bright side in life and be thankful for what they have instead of treating the problem. But people do that all the time to those with mental health concerns. The first response from a friend usually isn’t “hey, maybe you should see a doctor,” but, “Oh, it’s OK, everyone gets sad sometimes, you’ll get over it!”

Now, depression is not the number one cause of death in America like heart disease, but in college-aged individuals, like my patient, suicide is the second leading cause of death. Each year nearly 5,000 15 to 24 year-olds die by suicide. And just like heart disease, these deaths are preventable. But depression doesn’t “just go away.” We can treat it. We need to redefine the way we, as the public, react and respond to mental illness. Not as a change in a person’s mood, but as what it is: illness. An illness for which there are doctors who spent years training specifically to understand, and treatments that have been proven effective.

Ramin Lalezari is a medical student.  This article originally appeared in the American Resident Project.

This doctor doesn't mind if your cell phone rings 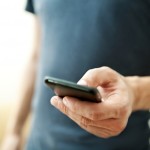 Shared decision making is still the exception and not the rule 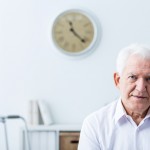