In a recent post Rocky Bilhartz outlined some of the challenges health care providers face when working with software. Health care providers are spending more time in the digital world and less time interacting with patients. The problem of less patient contact, in part, accounts for their complaints leading to the desire to streamline repetitive tasks so they can get back to why they really choose to be in medicine.

However, the nature of large organizations is to move slow, which is what often leads to the experience in Dr. Bilhartz’s post where it took two years to get a response to a feature request.

In the early 2000s, the University of Michigan Health Care System was still using a homegrown web-based EMR (CareWeb) which functioned very well for a fairly large system consisting of 3 hospitals, 120 clinics, and an operating budget greater than $3 billion. However, it became clear that an in-house effort could not keep up with changing needs, particularly around government incentives connected with certified technology use. They purchased Epic.

This was certainly the right decision at the time, but looking at other industries, this is a very early 2000s attitude. This forces customers to run the software onsite and have onsite support. Software like these are not typically built to be upgraded in a facile manner. New feature releases, security patches, etc. come in bunches and often lead to downtime. My home institution just upgraded our EMR, and we were without a usable EMR for 12 hours. Often, maintenance is an in-house effort by folks that are also supporting several other systems; thus, they are short staffed and generalists in several different systems. This is an inefficient and expensive effort.

Let’s fast forward to 2015 to another industry. British Airways (BA) is representative of a well-established company not known to take excessive risks. Like many other corporations of their size, they ran communication services internally by buying Microsoft products and having IT staff internally to maintain them. More recently, they opted to buy this as a service from Microsoft in order to not have to worry about maintaining it or upgrading it. This is slowly becoming the standard as companies providing such services are seeing tremendous growth.

The important point about this trend is that it allows companies like BA to become more lean and focus on their core business. This holds an important lesson for health care particularly given that technology is becoming an increasing cost. Rather than having dedicated staff at every institution maintaining the same software that runs on the inside separately, we could follow the paradigm switch of buying software as a service and relying on dedicated, experienced staff at a central location. At a global level, imagine if we could reduce the internal IT staff as means of reducing costs. There is of course over simplification as there are many factors involved in making such a switch including patient data safety, uptime of the service, site-specific implementation, etc.

But more importantly for the end users, this would mean the software would never seem stagnant. When software is built with the intent of selling it as a service, it is designed to be updated constantly which translates to the software staying fresh while minimizing downtime and allowing doctors to return their focus on their patients.

Tashfeen Ekram is a radiologist and co-founder Luma Health. He can be reached on Twitter @tashfeenekrammd.

How a pediatrician won social media and defined his online reputation 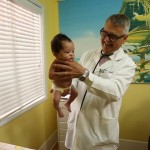 The general radiologist is still valued. Here's why. 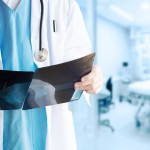