In times of shortage, we find out what we value most. And in these times of relative penury in the job market for radiologists, it appears that employers value — above and beyond anything else — the general radiologist.

Yes, the general radiologist. The radiologist who is able and willing in one shift to perform a barium enema, follow the intricate anatomy of the inner ear on an MRI of the internal auditory canal (IAC), roll off the causes of intracardiac echogenic focus on second-trimester ultrasound, and perform a thyroid biopsy during his lunch break before batch reporting 20 bone densitometry scans in a blink. A true Clark Kent of radiology.

This may not seem surprising, but only six years ago, when I was emerging from my fellowship, talk of subspecialization in the radiology community had reached the point of a meme plague. Those were times of feast; the good old days. Lehman Brothers was still around, and the radiology bubble seemed to have no end in sight. There was a fight for the most elegantly written obituary of the general radiologist.

The new subspecialized radiologist would be able to stare in the eye of the subspecialist clinician and challenge them to a duel of pixels. The general radiologist was considered an artifact, to be discarded like Old English to an antiquarian’s collection. Thus, residency training had to be purposefully moved away from the creation of generalists. (Hint: The new 3/2 residency was not devised to churn out more generalists.)

At the time, this created a bit of arrogance among some highly superspecialized imaging fellows. I can only speak from personal experience. But I remember the strut with which I spoke to employers: “I don’t do mammograms, MRI of the IAC, or post radiation necks.” Here is a piece of advice to trainees seeking jobs: Never say “I don’t do … ” unless you plan to use a double negative.

Yogi Berra famously said, “It’s tough to make predictions, especially about the future.” It is a truism that experts cannot predict any better than a coin toss. Even so, radiology experts got this wrong for the wrong reason.

The push for specialization was precisely to augment radiologist’s value in times of famine. When the supply of radiologists, or healthcare practitioners, who were willing to read imaging far exceeded the demand, it would be the subspecialized radiologist who got the job because of the extra value afforded by their specialist training. This seemed and still seems logical, plausible, and intuitive.

So, we are now in times of famine. Why then the preference for the radiologist who is willing to read all modalities and delve into a bit of light interventional radiology (IR)? (Incidentally, light IR is an oxymoron.)

I can think of a few reasons. But fundamentally, it is the age-old tension between “ought” and “is” (check Hume’s guillotine on Wikipedia).

Second, in ascribing value and aspiring to attain perfection, it is easy for experts to miss what simple folks call reality. The reality is like the uncle who was ever eager to pour water on our ambitions by quoting the low success statistics of getting into an Ivy League school.

The reality is that groups still need to have services and call covered when radiologists go on meetings and vacations. This means that the body imager will often have to read head CTs, and the advanced neuroimager will have to occasionally condescend to performing an ultrasound of the testicle.

Unless radiology becomes a gigantic Walmart (please don’t give teleradiology any more ideas), it is not possible to have a separate rota for on call for the left adrenal gland (“I don’t do the right adrenal gland”).

Third, generality is to some extent unavoidable. Let me give an example. A coronary stent is placed by the cardiologist, and the patient’s hemoglobin has dropped. They are looking for a bleed. Knowing interventional cardiologists, one must always retain the possibility of their straying off the trail to have a peep in the renal arteries or the carotids.

That’s a lot of territory to cover, lots of fiefdoms. If you visited Europe in the days before the Schengen visa, which enables the holder to visit multiple countries with a single visa, you know the insanity in applying for 20 different visas.

Thank God for the Schengen radiologist!

Some groups are skeptical about employing highly superspecialized fellows — even without the strut. They wonder if such a radiologist would deign to perform fluoroscopy. (Incidentally, reports of the death of barium enema also have been greatly exaggerated.)

Even during the height of my superspecialized hubris, I was aware that there was nothing salutary about the trachea as it crossed the jugular notch; that the esophagus did not lose its dignity as it pierced the diaphragm to enter the territory of the body imager. It is the same hollow organ. Anatomic boundaries were not intelligently designed with the radiologist’s on-call schedule in mind.

This is not to say groups do not value specialization. They would love to hire a musculoskeletal radiologist — who is also willing to read high-resolution CT when the chest radiologist is on vacation.

My advice to radiology residents: Treat each rotation as if you are doing a fellowship in it. In times of thrift, the breadth of your knowledge is your greatest asset.

Oh, and if asked at the interview: “Are you happy reading mammograms?” That’s a rhetorical question. Your answer should be: “How high?”

Saurabh Jha is a radiologist and can be reached on Twitter @RogueRad.  This article originally appeared in AuntMinnie.com.

What it's like to talk to patients, then cut them open 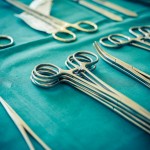 The general radiologist is still valued. Here’s why.
1 comments