During my social media journey, I’ve gathered a few anecdotes that I’d like to share with you. The first story is an internal medicine physician in Las Vegas, Zubin Damania. You may have heard of him, because he’s also known as ZDoggMD. What he does is create edgy rap videos where he raps about topics like safe sex, alternative medicine, vaccines. One of his more famous videos is a Michael Jackson parody called Manhood in a Mirror, where he raps about testicular self-exams. Ever since that video got put up on YouTube, he gets calls from clinics across the country saying they’re diagnosing more testicular masses because that video is being played in their waiting rooms. As Zubin said in one of his talks, he had more public health influence dressed in a bathrobe rapping in his bedroom on YouTube than he ever did while working in the hospital.

The second doctor I want to talk about, his name is Howard Luks, an orthopedic surgeon in New York. He has a popular blog where he talks about various orthopedic issues. His patients in the exam room drives what he blogs about. When his day is done, he sits in the office and he’ll think about the most common questions that were asked and he’ll spend a few minutes and dictate answers to those questions so they can be transcribed on his blog. Those five minutes of effort will pay off for years to come, because whenever someone asks those same orthopedic questions on Google, there’s a good chance that his blog will show up on the first page of results and that could only expand his presence and cement his authority on the web.

The third story I want to talk about has to do with Facebook, the world’s largest social network with over a billion users. If you Google MacArthur OB/GYN, which is a practice in Texas, there’s a good chance that their Facebook page will come up on the first page of results. One of their gynecologists, his name is Jeff Livingston, said that having a Facebook page allowed his group to connect with a demographic who ordinarily would be a little bit apprehensive about going to the gynecologist: teenagers. He was talking to one of the teenage patients and she told him how cool it was that her doctor’s practice was on Facebook, and that was the only reason why she read educational materials on STDs and teenage pregnancies.

Those are three great examples of how doctors are using social media today.

We need full transparency for hospital chargemaster prices. Here's why. 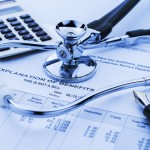