If she had been eligible for Medicare, the hospital would have charged the government $10,000 for the services it provided to her, with Medicare picking up most of the tab. But lacking insurance, she was billed directly from the hospital, and not for a mere $10,000. The total charge: $120,000!

That 1,200 percent markup is extreme. But out of the 50 U.S. hospitals with the largest price markups, 49 are for-profit institutions, marking up charges 9 to 12 times above what Medicare would pay. That is the conclusion drawn in a recent study published in Health Affairs. The U.S. hospital industry has a price problem. And as it turns out, that problem is especially problematic at some of our largest for-profit hospital chains.

Before I dig in to the details of these markups, let me provide a quick refresher on hospital pricing. If you call up the nearest hospital and ask what they charge for, say, a hip replacement, you will quickly learn that most hospitals don’t charge a single price for this procedure. (To keep things simple, let’s ignore the physician fee part of this equation, and just stick with the hospital charge.) The hospital will have a Medicaid price, and a Medicare price. They will have a price they charge BlueCross, and another they charge Cigna, and yet other prices for yet other insurance companies, each price the result of company to company negotiation.

But as it turns out, these prices are not completely capricious, and for-profit hospitals raise their prices for very savvy financial reasons. You see, the chargemaster can be a starting point, what behavioral economists call an “anchor,” for negotiations with payers. In addition, high chargemaster prices pad the bottom line for hospitals, whenever they serve patients who pay the full price. And there remain a large number of people in the United States who, despite the Affordable Care Act, do not have health insurance and, therefore, will be charged this full price.

How high are these chargemaster prices? Here is a picture of how much U.S. hospitals markup chargemaster prices over Medicare fees, put together by Ge Bai and Gerard Anderson in their recent Health Affairs article. In a typical hospital, markups are in the range of 1.5 to 4 times the Medicare price. Those are not small markups. But they pale in comparison the 50 hospitals with the highest markups, shown here in orange: 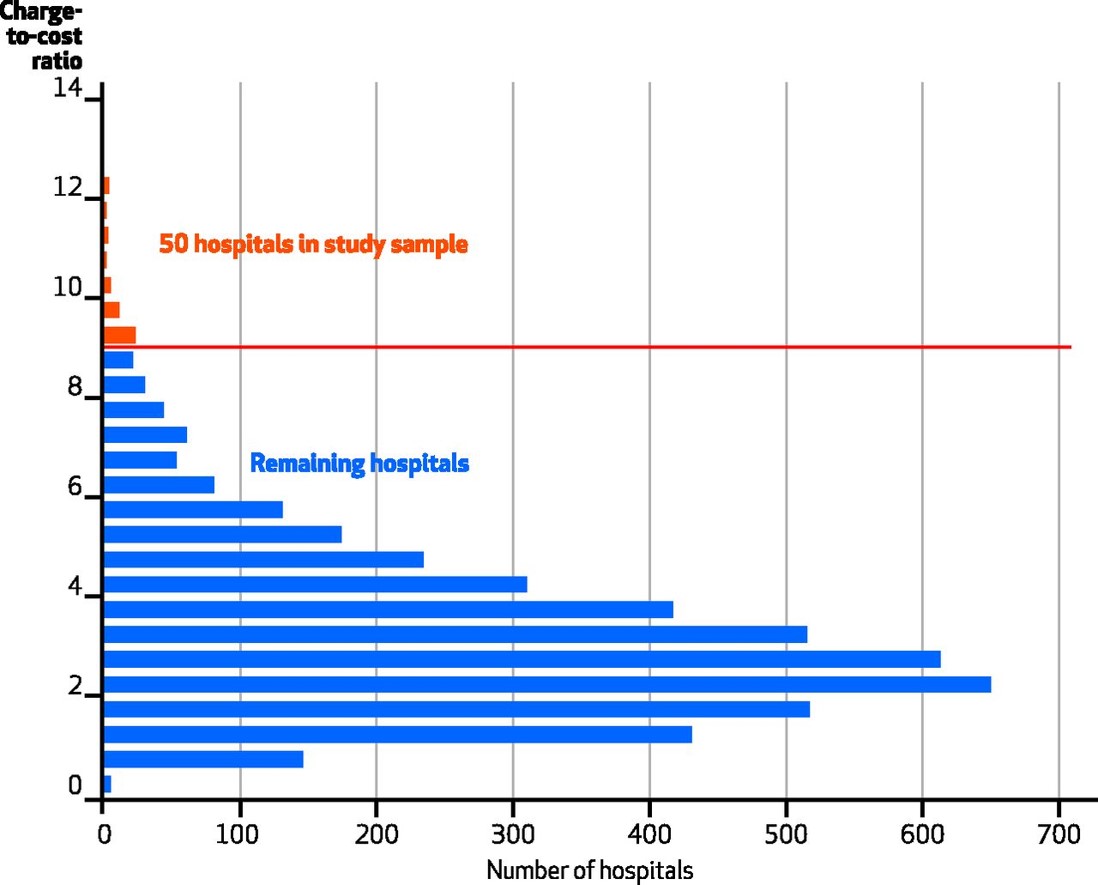 Who are these marker-uppers? 49 of the 50 are for-profit hospitals, the vast majority being part of either the Community Health Systems chain or the Hospital Corporation of America: 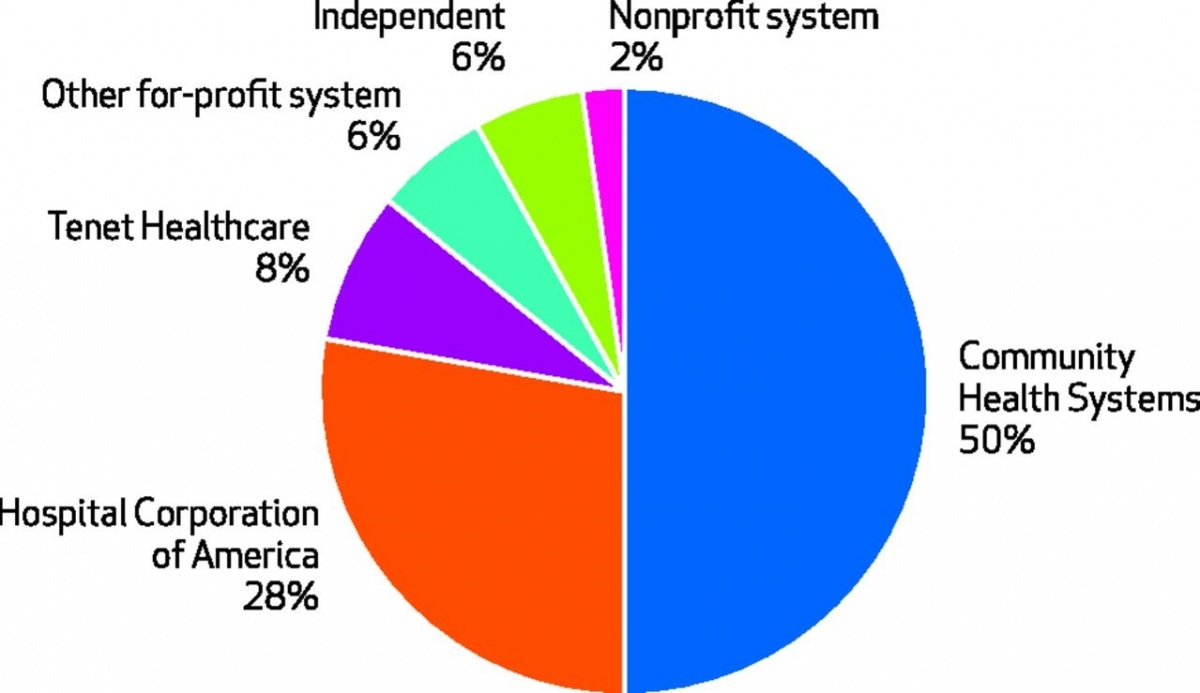 In all likelihood, these companies are systematically raising chargemaster prices for business purposes.

What if anything should we do about such prices?

If mandated transparency does not do the trick, and if hospitals do not voluntarily bring these prices into line with what is reasonable, the industry is probably going to face price controls, limiting how much they can markup chargemaster prices relative to Medicare rates. For those of us who think health care needs more market discipline, such top-down regulations would be a last-ditch, why-did-it-come-to-this, solution. Let’s hope hospitals fix their price problem before the government fixes prices for them.

A nurse by herself. At the end of a life. 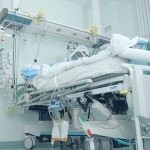