I recently read an article in Politico entitled “Doctors barred from discussing safety glitches in U.S.-funded software.”  The article states that, despite massive public funding of electronic health records (EHR), the EHR corporations (including Epic Systems, Cerner, Siemens, Allscripts, eClinicalWorks and Meditech) routinely attach gag clauses to contracts with the hospitals and medical groups who purchase their systems. We are talking about gag clauses that prevent criticism by health care workers of EHR software, gag clauses that prevent disclosure of technical flaws or software bugs that could be potentially lethal to patients, and even gag clauses that prevent posting of EHR software screenshots. All this is under the guise of protection of intellectual property — as if the public has no right to information about systems that were largely publicly funded, either via taxpayers through the stimulus package, or through payment of hospital bills or insurance premiums. This is outrageous!

But it’s also old news to those of us who have had to deal with the byzantine software behemoths that these companies produce. A couple of years ago I got beaten up by Epic and my hospital administration for publishing a tongue-in-cheek satirical review of the Epic EHR as a video game, complete with screenshots. Epic didn’t like the screenshots and ordered them removed. As it turns out, Epic has a squad of workers (some have referred to them as the “Epic Police”) whose sole job is to scour the Internet, looking for Epic screenshots, and then bullying the poster until they are removed. The whole sordid tale is told here.  I am not the only one who has had this experience. Several of my colleagues have had run-ins with the Epic Police, with similar results.

Those of us who are critical of the lack of transparency of EHR software are not trying to embarrass the EHR companies by publishing flaws in their systems. This is a public health issue. Dr. Bob Wachter published a case in which a flaw in EHR software resulted in a patient getting a massive overdose of the drug Septra. Tellingly, the reaction of the EHR company (Epic again — not to pick on them, but they are the largest EHR company and thus may be disproportionately represented in these stories) was not horror that their software may have led to a life-threatening medical error, but rather that Dr. Wachter had dared to publish screenshots that showed how the error occurred. Again, this is simply outrageous.

Doctors have been accused of failing to police themselves, but in truth there is a long history of transparency in medicine. In grand rounds, cath conference, or morning report, doctors showcases to their peers that do not always present themselves in the best light. Complications are presented to a critical but sympathetic audience, for we have all been there and want to improve. Constructive criticism is offered and accepted. This transparency extends beyond one’s own group of colleagues. Case reports of complications are routinely published in the medical literature, with the hope that the lessons learned can be passed on to other doctors who can then avoid the same mistakes.

This kind of transparency only works if every component of a case is open for discussion and review. This is not compatible with the gag clauses in current EHR contracts. Having such gag clauses is comparable to having a manufacturer of electrocardiography machines state that the electrocardiograms produced by their machines can’t be posted on the internet. It is equivalent to a drug company refusing to disclose the mechanism of action of a new drug even though they know how it works. It is equivalent to publishing the results of a research study, but refusing to publish the methodology, claiming that information is “proprietary.”

Current EHR systems are not state-of-the-art software. They basically consist of a backend database on a server, and a client user interface that provides data entry. There has been little to no effort made to interface between different EHR systems or provide for a standardized data format. There is very little artificial intelligence built into these systems, other than attempts to force compliance with clinical guidelines and billing criteria.  The user interface is bloated and clumsy. It does not conform to a doctor’s workflow. Instead, doctors have had to adjust their workflows to accommodate the EHR systems. I believe major advances could be made in the usability of these systems if, as is the case with most of the non-medical software we use, bugs and other flaws could be openly reported without fear of reprisal from the EHR companies.

Until that happens, EHR systems will continue to suck.

How to fix physician burnout? Start with a culture of acceptance and support. 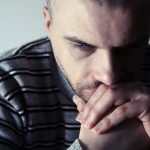 Defining obesity: Disability or disease? Or neither? 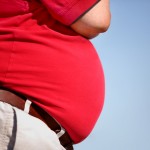