During my training in the 70s, heroin use dominated our substance abuse horizon.  We saw many patients with IV drug-related complications.  We saw heroin overdoses.

For the next 30+ years, we rarely heard about heroin.  Over the past 10 years we have seen increasing opiate abuse, but the opiates came from prescriptions.  Over the past 2 years, heroin has once again reared its ugly head.

To begin to figure out how many, a team at the Mayo Clinic, led by pain specialist Dr. W. Michael Hooten, analyzed the medical records of 293 patients given a short-term prescription for opiates for the first time in 2009. These patients were being treated for acute pain — from traumas such as sprained ankles or major surgeries — so their doctors did not expect them to become long-term users of painkillers.

Yet just over 1 in 4 of these patients went on to use opioid painkillers for longer than 90 days, researchers found. A quarter of this subset engaged in so-called long-term use, defined as receiving at least 120 days’ worth of pills or more than 10 separate prescriptions.

In our defense, the pain lobby has put pressure on physicians to relieve pain. We are supposed to have patients grade their pain (1 to 10). Pain relief became a major focus for patient satisfaction and even quality.

Then legislatures figured out that many patients abused opiates. So they thought they could legislate opiate prescribing and ameliorate the problem. The opiate producers knew they had a captive audience, so their pills had significant costs.

So now we have expensive opiates and physicians encouraged to decrease prescribing. In comes the Mexican cartel seeing a business opportunity. Heroin is relatively inexpensive to produce. It comes with a captive audience and many repeat sales. Bing, we have a heroin epidemic. People can buy heroin more cheaply than prescription opiates (even if they could get them).

But heroin packages do not come with a potency description. Addicts do not know how much they are injecting.

So we have a marked increase in heroin overdose deaths.

And since they are injecting, we have a significant increase in infections (especially endocarditis) related to less than perfect hygiene.

We started this cycle, under pressure from the pain control lobby, but biology (some people really enjoy opiates) and addiction have made this a major problem. Once again few politicians understand the problem and their solutions tend towards draconian strategies.

We will once again be fighting this problem for many years (just like the 70s and 80s). And, by the way, we will have more hepatitis C and hepatitis B and HIV infections.

How a head CT changed everything for this patient 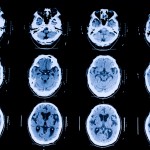 Are physicians really to blame for the opioid addiction epidemic?
54 comments