From her vantage point, cost had nothing to do with money. On most days, she struggled to her feet when I entered the room, greeted me effusively, and escorted me to her bedside chair, all the while chattering about the inadequacy of our hospital’s slushies, the beauty of the day outside, and the latest update on her children’s accomplishments at school. Despite her debilitating malignant small bowel obstruction from ovarian carcinoma, she still liked to play the hostess. I always tried to see her at the end of consult rounds, so that I could spend a few extra minutes chatting. Today was different.

She hunched in her chair, despondent. The woman who normally by this time would have elicited everything that my children had done in the past day could now not even make eye contact with me. Her hand traveled repeatedly and unconsciously to her temple, rubbing it rhythmically. Her eyes looked through me to the door. “I’m still waiting for transport to take me for my head CT,” she said. Still waiting. “To see if the cancer has spread to my brain.” Her hand went back to her temple, which was now pink from rubbing.

I sat silently, trying to decide how to respond. “Your husband called me,” I finally said. He had called early that morning, to tell me about the conversation he’d had with her doctors the previous night about getting a CT scan. His grief and anger had been palpable through the phone, as his tone shifted between that of frustrated physician and terrified husband. He was both. I pictured him pacing his office, during a break between clinic patients, as he outlined to me all of the reasons why a head CT was not a good idea. The bowel obstruction was more than enough reason for her intractable nausea.

Brain metastases in ovarian carcinoma were rare. Even if there was something there, she would almost certainly need an MRI to be able to see it. Even if the MRI found something, she was in no condition to get treatment for it right now. A negative CT scan would do little to set her mind at ease, and a positive one would not alter her care plan.
There was one more reason. He paused, sobbing quietly, trying to regain self-control, and when he spoke again the voice was that of her husband, without any hint of physician. “She had never considered that it might go to her brain. When she heard that, she gave up. She just gave up, and told me to let her die. And I feel so helpless.”

As did I, when I watched her react to my mention of her husband’s phone call, because there was no reaction. She knew what he had told me, and she did not care. She just stared dully at the floor, waiting for me to leave her in peace. To let her die. I knew that no amount of explanation about the clinical utility of a scan, or the low likelihood of metastatic disease, could change how she felt. The possibility of brain disease was now very real to her, regardless of its low statistical likelihood.

The scan, which did not take place until several nerve-wracking hours later, was negative. By that point it hardly mattered. She was a different person, for whom no amount of negative scans would dispel the pervasive fear of brain metastases. From the day of her diagnosis, she had always maintained a strong voice in her treatment plan and a clear view of her own values and preferences, even as she resolutely plowed through a surgical resection, chemotherapy, a feeding tube, and several weeks of pain and nausea. But this was too much. One test, which had little chance of improving either her quality or quantity of life from the outset, had changed everything.

Susan A. Glod is a palliative medicine physician.

Are physicians really to blame for the opioid addiction epidemic? 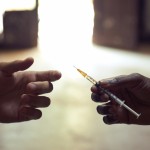 How a head CT changed everything for this patient
1 comments