Here’s a question for you: Which causes more deaths, motor vehicle traffics accidents or firearms?

I asked a bunch of people that question, including a bunch of doctors, and everyone said that motor vehicles did, by a lot.

According to the Centers for Disease Control and Prevention (CDC), in 2013, 33,804 people died from motor vehicle traffic accidents — and 33, 636 died from firearms.

They kill the same number of people.

I was really surprised by this statistic — mostly because of how we differently we think about safety with each.

With cars, we seem to just accept as a society that they are dangerous — and that we should make laws and rules to try to limit injuries. Along with licensing requirements that universally require that you show you know both the laws and how to drive, we have all sorts of rules of the road, we require insurance, regular inspections — not to mention car seats and seat belts.

When we talk about introducing new motor vehicle safety laws, like ones against texting and driving, we don’t get into an argument about car rights. We would think it was absurd if someone said that it was their right to drive faster than the speed limit, drive the wrong way on a one-way street or not put their kid in a car seat. I can’t imagine someone framing motor vehicle safety as a personal freedom issue. We get that cars are dangerous. But somehow gun safety discussions end up being about rights — instead of safety.

Look, I am not trying to take anybody’s gun away when I talk about gun safety with my patients and their families — no more than I’m trying to take anyone’s car away when I talk about car safety. I am a doctor, and when something kills more than 33,000 people in a year, I take that thing seriously, whatever it is — and do my best to keep my patients safe.

That’s what I wish we could do, somehow — think of gun safety as a public health issue, not a political one. I wish we could take a step back and decide together that we want to keep everyone safe, and that we’ll do whatever it takes to understand and stop the deaths.

That’s all I want: to stop the deaths. From anything, including car accidents, poisonings, injuries, disease, infections — and guns. 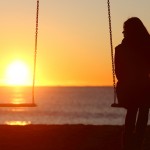 Which kills more? Guns or cars? The answer will surprise you.
55 comments