I remember a warm September day at the playground 22 years ago. I was there with my 19-month-old daughter and newborn son. Zack was hungry, so I sat down on a bench to nurse him — but every time I got him settled, Michaela ran away from me. Far away, out-of-view away (she was a quick little thing). The playground was fenced in, but there were lots of ways for a toddler to get hurt there.

Finally, a lovely woman with a preschooler came over and offered to watch Michaela so that I could feed Zack. I was beyond grateful. I nearly cried.

If it were now instead of 22 years ago, I wonder, would someone offer to help — or would they call child protective services instead, saying that I wasn’t watching my toddler?

I’ve been thinking about that September day ever since I read a great post called “Would you call 911 on another parent?” by Tracy Cutchlow. Instead of offering to help when they see a child alone, she says, people are calling the cops. “What’s missing,” she says, “is the sense that we’re all responsible for everyone’s children.” And this, she says, comes from not knowing each other.

I agree — but I think it’s more than that.

Recently, someone did call child protective services about one of my patients, a child with special health care needs. They said that her mother was neglecting her. Her mother wasn’t neglecting her; there was a very simple explanation for what the neighbor saw. But instead of asking about it, instead of getting to know the family and seeing if they needed help, the neighbor called the authorities, resulting in an upsetting, humiliating and ultimately unnecessary investigation.

What has become of us?

Now, I am definitely not saying that we shouldn’t take action if we see something that worries us or makes think that a child might be neglected or abused. But unless we think that there is imminent danger to the child (or to us if we intervene), or we are physically unable to do something ourselves, our first and only action doesn’t need to be calling the authorities.

But we don’t do this stuff. And I don’t think it’s because we aren’t as nice as we were 22 years ago. And it’s not because our neighborhoods are more dangerous, because they’re not. I think it’s because our culture has shifted; minding your own business (or calling the cops) is fine, knocking on a stranger’s door or helping someone else’s kid off the jungle gym is creepy.

Again: What has become of us?

Crutchlow is right; we don’t get to know people enough. But even more, we don’t think we should. It’s safer and more acceptable to be insular, to talk to only those you know, to make friends only with those who are somehow connected to us (and then with caution). It’s like we tell our children: Don’t talk to strangers.

But if we never talk to strangers, they say strangers. And that’s a problem.

If people stay strangers, we never find out if all the things we think about them are true or not. We don’t get to find out if the parent at the park is actually neglectful — or just stressed out and overwhelmed. We don’t get to find out if the person who never says anything at school pick up is actually a snob — or just shy, or hard-of-hearing or doesn’t speak English. We don’t find out anything … and so what we imagine becomes real. This is not just sad, but can have terrible consequences; just look at everything that is happening in Ferguson.

So, the next time you see something that worries you, or someone having trouble, stop and think: Is there something that I personally can do, right now, to help? And the next time you see someone you see often but don’t know, introduce yourself. Bring cookies to new neighbors (you don’t have to bake them) — or old neighbors you’ve never met. Hold the door for a parent pushing a stroller, or smile instead of scowl at the fussy toddler in the grocery carriage — and chat with her parent. Reach out a hand instead of reaching for your phone to call 911.

Talking to strangers isn’t just a nice thing to do, it’s a necessary thing to do. It’s the only way to turn things around. 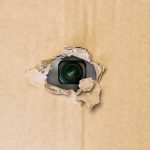 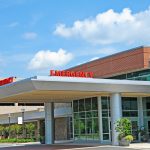