I admittedly don’t understand much about the intricacies of economics. But I don’t have to in order to recognize the significance of Walmart’s decision to raise the minimum pay for its lowest paid hourly employees. In the week following the company’s announcement, plenty has been written about the impact that such a move will have on the company’s success and on local economies. It goes beyond that, however. What I see is the impact that an increase in income can have on the health of working individuals making a minimum wage.

Let’s do some quick math. Current guidelines list the poverty level at $24,250 for a household of four. Federal minimum wage is $7.25 per hour. A full-time employee earning minimum wage, therefore, brings home $15,080. The working class individual, whose spouse stays home to care for their two children since child care is unaffordable, incredibly falls $9,170 below the recognized poverty level.

This April, Walmart will increase hourly pay to $9.00 and follow this with an increase to $10.00 per hour in February 2016. Even then, a family of four with only one working parent will still fall more than $3,000 below the federal poverty level. Yet, the true hardship of poverty can’t be quantified so easily.

What can’t be measured is the stress that surrounds a working family’s paycheck — especially in matters of health. The difficult decision that my patient makes to skip work in order to bring their sick child to clinic, sacrificing a day’s pay, and — worse — their job security. Weighing feelings of worry for their ailing child against the stress of providing financially for the family. Or my patient who struggled through an upset stomach because she couldn’t afford both the medication and the food that she should be taking it with. Choosing health while enduring hunger.

A raise in minimum wage has direct impacts on health. It means the ability to deal with an unexpected expense without risking basic living standards like food, shelter, and transportation. It means having the luxury of buying fresh peaches instead of canned fruit. It means having a warm coat and shoes for winter. It means buying that prescription that’s been pending for months. It means securing the monthly bus pass to get you to work in the first place. For many, however, even the near 38 percent raise announced by Walmart will not lift their families above the federal poverty line. In a situation where pennies and dimes add up, there will still be a significant deficit that will continue to make it improbable (read: impossible) to earn a way out of poverty.

Countless articles can be found online and in print about the need to increase minimum wage. Recently in the political sphere was a push for a $10.10 minimum wage under the Harkin-Miller Bill (Fair Minimum Wage Act). Unfortunately, the bill didn’t pass the Senate. While the bill may not have represented the necessary increase, it was an acknowledgment by some of the direction we need to take- and not just for economic purposes. We must recognize that reductions in financial hardship through fair wages provide a pathway for addressing health disparities and improving health outcomes.

A surgeon will always have two spouses 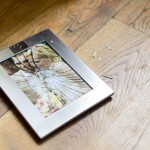 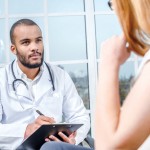