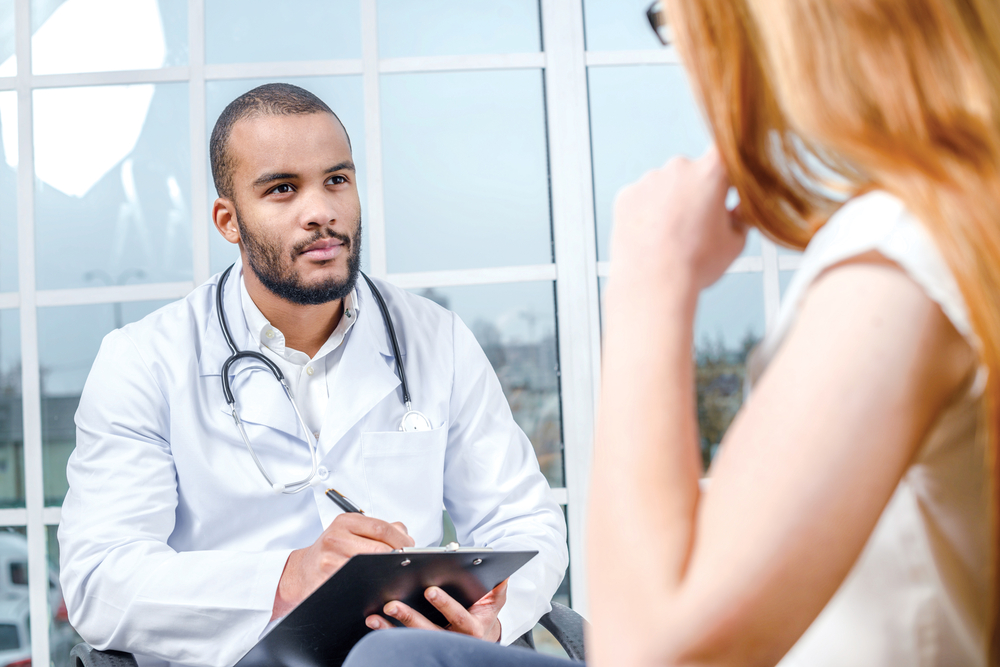 In the busy world of hospital medicine, where doctors and nurses find themselves rushed off their feet for most of the day, time to sit down and actually listen to patients is at a premium. Every doctor knows that our primary focus has to be on the most important aspects of the history and clinical examination in order to get to the correct diagnosis and treatment strategy.

But at some point all of us would have also found ourselves driving home at night wishing that we had just a little more time to listen to our patients more attentively instead of cutting them off and rushing to get to that important point. When there is such a well-publicized push to improve patient satisfaction, one of the most common complaints from patients remains that their doctors simply do not spend enough time with them. Yet it’s not just a case of blaming the doctor either.

Contrary to addressing this problem, many of the bureaucratic requirements heaped upon doctors are in direct opposition to spending more time with patients — like needing to spend huge chunks of the day navigating inefficient computer systems and having mountains of regulations to deal with. A frequently cited statistic states that on average, a doctor only allows the patient to speak for anything between 12 and 23 seconds before interrupting them.

Furthermore, during the course an average interaction, lots of things can also be simply passed off—much to the annoyance of patients (and again, it’s not always the doctor’s fault that this happens). There are, however, some things that in my experience patients tell you which should be carefully listened to and never ignored.

Here are 5 of them, and would be especially good for medical students and residents to know:

1. “These are exactly the same symptoms I had before.” This applies particularly to certain conditions such as chest pain. When a patient tells you that their pain or discomfort, no matter how unlikely it sounds, “Is exactly the same as when I had my last heart attack” — take it extremely seriously.

2. “The patient just isn’t quite himself.” If a loved one — be it a spouse, a parent, or a child — tells you that their relative has just “not quite been themselves,” this may sound like a very vague thing to say. It is therefore very easy to pass off in the absence of any other specific objective findings. But rarely will there be nothing wrong when a relative tells you this. Investigate it thoroughly. It could be a hidden infection, a neurological issue or an impending catastrophe. This is also the case when a nurse tells you that their patient “just doesn’t look right.” I can’t tell you the number of times I’ve heard of that being said in the presence of what appear to be stable vital signs, only to have that patient crash shortly afterwards.

3. “My medication did this to me.” There are countless potential medication side effects for every pill, affecting everyone differently due to our own unique metabolism. Sometimes patients will tell you that they know a certain medication made them feel a certain way. The symptom may sound unusual and not be a classic textbook side effect for that particular medication. Remember that nobody knows their own body better than the patient. If you hear this complaint, it’s almost always true.

4. “What happens if when I go home this happens?” “Oh, don’t worry — that’s very unlikely to happen Mr Smith!” When a patient is concerned about something happening when they leave the hospital, it often finds a way to happen! Address all concerns prior to discharge.

5. Complaints about noise and rude staff. Everybody in the service industry knows that a certain percentage of people are just terrible whiners — complaining about everything under the sun. At a time when people are unwell in the hospital, we may wonder why they would have reason to complain about something else other than their illness. However, nine times out of 10 when a patient brings forward complaints about issues such as rude staff, bad food, or too much noise, they are invariably justified.

These are five things that all physicians would have heard countless times. I hear these statements on a daily basis, and it’s the easiest thing to do to pass something off that sounds off the mark as being extremely unlikely or just plain nonsense. As doctors, we are trained to recognize the zebras and the 5 percent of unlikely happenings. When the patient  is giving you the clue — listen. Taking these things seriously is something we owe to our patients.

Waiting for problems to become emergencies is terribly expensive