My brother wears a scar around his neck. It represents his second surgery for papillary thyroid cancer. The first started off the same way. Ugly, red and angry. Curving like an ominous smile around his neck, like a noose. That’s how it felt too — the lump in his throat growing as he sat quietly, alone in a doctor’s office. It’s interesting how physical scars are a visual manifestation of the emotional ones left behind by illness and disease.

The month was February and the ice that lined the windowsill reflected the chill in the room when the doctor read him the pathology report. “Papillary thyroid cancer,” he had said. Or he imagined he did. He knew it was coming and in those moments very little is really heard because the knowing sets it. That’s the moment it becomes real.

The following months were a blur. There was the surgery a week later. Waking up bandaged, a part of his body now gone. His fingers grazed the ragged edge of his sutures, the spot where his thyroid had been. An organ he had never really considered had become all he could think about in a matter of weeks. Ever since he felt that lump, he knew something was wrong.

After the surgery, came the radiation. He waited three months for it. While the cold winter brought news of his cancer, the warming of the summer brought the heat of radiation, and with the radiation came the isolation. For several days, he stayed alone in his home.  Unable to reach out to his friends and family as the treatment had made him literally toxic to those he loved. He disposed of his waste in plastic bags because it was too dangerous to be discarded alongside the rest of the sewage — a not so gentle reminder of the ravages and reality of radiation.

But then there was hope.

“This is the best type of cancer you could have,” they said. That’s what everyone said, and slowly the panic began to settle with the falling of the leaves in autumn as his scar began to fade to a gentle pink. He gained weight and started to remember what “normal” felt like. He received follow-up blood work and took Synthroid to replace the hormones that his now-absent thyroid could no longer produce. For almost two years, the seasons changed with their usual lovely languor, but then the cold winter set back in.

It was February again.  Two years had passed since that first appointment and we all expected the doctor to declare him officially “in remission.” This was the appointment that everyone assumed would happen, but then the truth that no one had dared whisper aloud suddenly became deafening.

My brother called me from that same office. I was now a third-year medical student and was rotating through internal medicine. I was in the resident room writing patient notes when I saw his number flash across my screen. He never calls me at work, and I knew what was coming before I even said “hello.”

I excused myself and went into the hall to talk, keeping my voice steady as I told him everything would be OK. “This happens a lot … and besides, studies haven’t shown that lymph node metastasis necessarily increases mortality with papillary thyroid cancer,” I said, not sure who I was trying to convince. I slipped into the bathroom where I let myself fall against the wall and sink to the floor. For two full minutes, I let the shock and pain and fear set in, and I sobbed. Two minutes I told myself. That’s all you get and then you have to pull yourself together and go back to work. So I watched the clock and after two minutes, I stood up, straightened my suit, wiped the tears from my cheeks and went back to work.

The next patient I saw had metastatic breast cancer. “Of course,” I thought, “But they are not the same,” I reminded myself. I forced my brother out of my mind for the moment and focused on my patient completely. I asked her every question I would normally ask any other patient on any other day. I consciously rested my hand on her shoulder as I listened to her heart and lungs.

I had learned from both standardized and real patients that this simple gesture, this gentle touch, made them feel more at ease and connected and cared for. I wanted that for her as much as I wanted it for my brother — to be cared for. They were not the same but then again, they were. Because she was also someone’s mother, someone’s sister, someone’s wife, and she too deserved my full attention. While my world felt like it was crumbling, hers already had.

I phoned my brother again after work. There would be another ultrasound next week followed by a fine-needle aspiration two weeks later. Then, a referral to ENT who would say they weren’t comfortable performing the surgery, along with a visit to a radiation oncologist who would tell him that the lymph nodes were too large for radiation.

So then, there would be letter writing, phone calls, and more waiting. For those of us fortunate enough to have direct access to health care, we never see the hardest and often the worst part of medicine — the waiting.

The weeks and weeks of waiting… weeks of pretending to live a normal life, all the while knowing there’s a cancer slowly growing larger inside of you. It’s not just the knowing that’s hard. You start to see the physical manifestations. Every day he grew a little thinner, a pound here, a pound there, and with the waiting comes a sense of powerlessness that’s all-consuming and suffocating.

He sees his endocrinologist again. “Your cancer has spread,” she announces. Something we had all known for months now. “I’m sorry,” she said, “There was some … miscommunication with pathology and I was out of town … We hadn’t realized …” She trailed off, “But your letter brought the news to my attention and the cancer has spread. You need surgery, as soon as possible.”

For both he and I, this news is met with a mix of anger and relief. Finally, there is a plan in place. Finally, the truth we’ve known is spoken, but three months have passed; three months of worry and fake smiles and lost pounds, three months where nothing was done.

And so the changing of the seasons continues.

Update: I wrote this piece last March one day while I was feeling particularly frustrated and powerless. As a medical student, I have often felt conflicted. You are in a position where you are starting to understand how diseases and treatments work on a basic level, but still have very little ability to help those around you get treatment. However, since writing this, my brother has received surgery, radiation, and excellent care at Emory University. His most recent scan did not indicate any other metastases and he will, hopefully, be in remission next year. 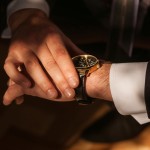 Health IT will radically transform medicine. Is it for the better?

The hardest and often worst part of medicine: The waiting
2 comments