Lately, there seems to be a lot of negativity surrounding the practice of medicine. From the staggering student debt, to the grueling hours as a resident, to the high rate of burn out, it sometimes feels as though this profession is constantly under attack. To be honest, I’ve threatened to quit medicine so many times over the last decade that it’s become somewhat of a family joke. I even went on a few interviews and was offered a starting salary that is five times what I make as a resident. So why do I continue to trek through this uncertain and often unforgiving territory when there are so many other options out there?

Occasionally, I do it for the dramatic, blood-pumping, cinema-worthy moments. This past week, I was called to assist with an emergency C-section. The mother was only 28 weeks along but had severe pre-eclampsia, a condition characterized by dangerously high blood pressures that can rapidly progress to seizures and death, if left untreated. As I quickly scrubbed in, I sensed a palpable shift in the room. I turned around to see blood pouring out of the mother’s open abdomen, and watched as the appearance of shock in the eyes my fellow residents was quickly replaced with determination.

The obstetrician murmured, “We have placental abruption,” in a muted tone. This complication occurs when the placenta prematurely separates from the uterus, resulting in massive hemorrhage. It is a medical emergency for both the mother and the baby as they are rapidly deprived of precious oxygen. My heart sank as they struggled to deliver the infant, grasping for her slippery, blue, little legs. They handed her to me, gray, limp and motionless. I gently placed her tiny body on the table behind me while my senior resident listened to her chest, exclaiming excitedly, “We have a heartbeat!” Within 30 seconds, she was intubated, pink and on her way to the NICU (neonatal intensive care unit).

While these types of experiences certainly leave a lasting impact, more often than not, I practice medicine for the seemingly insignificant, but perfectly punctuated, moments that pepper so many of my days. The summer after my first year of medical school, I went on a service-learning trip to Chiang Rai, Thailand with some students from my class. This part of Northern Thailand, known as the Golden Triangle, is infamous for its prevalence of child trafficking and sexually transmitted illnesses. Parents become addicted to opiates at a very young age, and often sell their children into slavery for as little as $3 to $10.

One night, I held the hands of little M, an 8-year-old who had been sold into slavery at just three years old. As we watched a brilliant orange sun set over the expansive rice paddies that lined the orphanage, I placed my oversized, blue sunglasses on her tiny face. She wrinkled her nose, and as they fell to the ground, she let out a loud giggle and clutched my legs. For just a moment, I hope she felt the freedom that most of us take for granted everyday. Whenever I find myself feeling angry or bitter, I remember the purity of that laugh, and how lucky I was to hear it.

Another one of these moments occurred the first time I held a human brain in my hands during anatomy lab. I had scrubbed into dozens of surgeries as an undergrad, so I was not prepared for the awe I felt as I ran my fingers over the cranial nerves. In an instant, the words I’d memorized for introductory biology held new meaning as “white matter” and “temporal lobe” went from abstract concepts to concrete ideas. For the first time, I understood that medicine really is a privilege. Someone had given me their body, their last worldly possession, so that I could learn how to treat those who are still living.

These moments are scattered throughout so many of my days and make everything else in the world just fade away. They allow me to connect with people in a way that’s rarely possible outside of medicine. From the elderly man who selflessly gave his body in the name of science, to the orphan in Thailand who just wants to laugh and play like other children, my patients have shown me that medicine is a universally spoken language. Regardless of age, race and nationally, everyone just wants the freedom to live a happy, healthy life. Unfortunately, that’s not always possible. As healthcare providers, we often bare witness to people’s darkest moments.

Becoming a physician will be harder than you can possibly imagine. You will struggle, sacrifice and cry. You will be faced with the worst of the human condition, from child abusers to rapists to murderers. Then, right when you think you can’t possibly handle one second more, you will see something that will perfectly restore your faith in humanity and the belief that people really are innately good.

To those of you still struggling: You are good enough. You are smart enough. Keep working hard and you will reach your goals. It may take more time than you hope, but don’t give up. Because in the end, despite the uncertainty, chaos, pain, and sacrifice, it is worth it. Sometimes you just need to be reminded.

Sarah Mongiello Bernstein is a pediatric resident and can be reached on Twitter @sbernsteinmd.  This article originally appeared in Aspiring Docs Diaries.

The discovery period regarding the existence of life 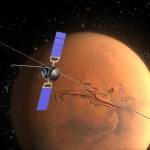 Why reform needs to start at cancer care