For too long we have let politicians, insurance companies, lawyers, administrators, and consultants tell us what is best for our patients. Over the years, we’ve stood idly by and watched as the field we love is debased, one superfluous policy after another — foolishly believing that if we just worked a little bit harder, we could make up for all the extra rules and regulations. We’ve dedicated our lives to the sole pursuit of medicine only to find ourselves disillusioned and disappointed.

I was raised by a single mother who worked 2 to 3 jobs to send me to the best private schools available.  In college, I skipped fraternity parties to study organic chemistry and dropped art classes for science labs. Years later, when my friends purchased houses and cars, I paid for board exams and textbooks.

After obtaining two Ivy League degrees, I turned down lucrative job offers in finance and consulting, choosing instead to take out $180,000 in loans, the national average for medical students in America. A decade of post-graduate education later, I now work 60 to 80 hours a week for $13 to $20 an hour. Yes, you read that correctly. Resident salaries are paid for by Medicare funding, so I make less as a doctor than I did waiting tables in high school.

Over the years, I have made all of these sacrifices willingly and gladly because I am fiercely in love with medicine. That is why I refuse to let this profession slip any further into despair — pulled apart by ravenous malpractice lawyers, administrative overhead, and insurance companies.

The vast majority of us went to medical school for one reason: to help people. Yet, somewhere along the line we start to realize that medicine has somehow become more about paperwork than patient care. How can we be expected to provide excellent care when reimbursement rates and regulations demand that we spend less than 10 minutes interacting with each patient? Spend more than that and we’re labeled as lazy. Spend less and we’re callous.

We’re trapped. Doctors are leaving medicine at alarming rates — nearly 1/3 of all primary care physicians between the ages of 35 and 49 plan to quit within the next five years. Colleagues who stay in medicine are escaping in other ways, turning to suicide at four times the national average.

But there is hope, and we need to look to each other for inspiration.

Take Dr. Pamela Wible, who founded the ideal clinic after a series of town hall meetings led by members of the community she cares for. These clinics operate around principles valuing physician autonomy, direct patient contact, and disintermediation. By eliminating wasteful administrative overhead, she now spends between 30 to 60 minutes with each patient, is never double-booked and earns three times as much as a hospital employee. She works with patients in her communities, so no one is ever turned away due to lack of financial resources.

Dr. Garrison Bliss from Seattle provides us with another model. Fed up with the assembly-line feel of traditional medicine, Dr. Bliss helped start Qliance. His company is modeled after concierge medicine, but aimed at providing personalized health care at a reasonable price. Members pay less than $100 a month to receive unlimited access to physicians for routine and preventative health care like flu shots, blood tests, diabetes and cholesterol counseling. If his patients require more complex care by a specialist, he travels with them to office visits, serving as an interpreter and friend. His company is helping to manage the care of over 35,000 people — from Medicaid patients to Seattle firefighters to Expedia employees.

Innovation is occurring on a larger scale as well. Stanford University recently implemented a novel “time-banking” program aimed at reducing physician burnout. This plan allows doctors to trade important but often-uncompensated work like mentoring and committee leadership for home-related services such as grocery shopping, babysitting, dry cleaning, and grant writing. Physicians in this program are not only happier, but they’re also more productive.

Members of this program had more grant proposals accepted than their peers and contributed to over $10 million in funds. The total cost of this program is $250,000 for two years, less than 1 percent of the department’s annual operating budget. It’s not only improving the lives of physicians, it’s also financially viable. By enhancing work-life balance, it has the added benefit of attracting more women and minorities, two groups severely underrepresented in many medical specialties.

I’m not advocating that you join Stanford, move to Seattle, or open your own ideal clinic. I simply want to remind you of something that we seem to have forgotten as a group. We hold a tremendous amount of power. We have traveled the globe, worked in academic medical centers and spoken nearly every language on the planet. We have degrees in finance, engineering, hotel administration and law. We are painters, scientists, entrepreneurs and explorers and the time for sticking our heads in the sand is over.  Now is the time to reinvent ourselves. Now is our time to take back medicine.

Sarah Mongiello Bernstein is a pediatric resident and can be reached on Twitter @sbernsteinmd. 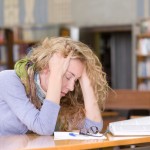 A letter from an educator to medical trainees

The time to reinvent medicine is now. #TakeBackMedicine
58 comments