The metallic mix of freshly spilled blood and sterile instruments engulfed his nostrils as he shifted uncomfortably in the cracked, worn, brown leather chair where so many others had sat before him. He tried not to sweat as the faceless, gray clinician coaxed the long needle deeper into his fleshy neck and watched as a rogue drop of crimson escaped and marred the otherwise pristine tile floor beneath him. He could just make out the sound of laughter, muffled by the aging, wooden door that separated him from a somber new beginning.

My brother was 29 and a chief engineering officer in the U.S. Navy when he was first diagnosed with cancer. That biopsy marked the beginning of a long battle he’s still fighting today. His treatments required several rounds of surgery and radiation, so he retired from active duty and immediately applied for insurance with the VA. Three years, dozens of phone calls and personal office visits later, his status is still listed as “pending.” During that time, his only options have been to pay for 100 percent of his care out of pocket, purchase independent private insurance or forego much-needed therapy altogether.

His experiences made me wonder what was happening to other veterans that didn’t have the same financial freedom he did. This past summer, the Huffington Post provided me with the chilling answer when they published the VA’s 2015 Analysis of Death Services Report. This leaked document states that, “nearly 1/3 of the 847,000 vets with pending applications for VA health care have already died.” Let me rephrase that. Approximately 240,000 people who dedicated their lives to defending this country have died waiting for the health insurance they were promised by our government.

Last year, several news sources also confirmed that even vets with insurance were waiting up to 20 months to schedule appointments with primary care physicians — many of them dying before they could receive treatment. VA Press Secretary Victoria Dillon assured readers that, “the agency has made strides on that front, doubling the number of its appointments from 3.5 million to 7 million since last year.” Yet during this time, they hired only 1000 new physicians — an increase of 4.3 percent for a 100 percent increase in scheduled visits.

The VA is the largest government-run health care provider in the U.S., and it’s not doing a very good job because it fails to address simple arithmetic: increases in patient populations must be met with equivalent increases in qualified staff — otherwise, longer wait times, shorter office visits and decreasing quality care are sure to follow. While this may seem like common sense, we’re headed down the exact same path on a national scale.

Americans are getting older and sicker, requiring more complex care.  At the same time, the ACA is expanding coverage to millions of previously uninsured citizens. While I fully support health insurance coverage for all Americans, the VA has shown us that simply cramming more patients into an already over-saturated system does little to help.  We need to increase the number of practicing clinicians while also learning to use the ones we have more efficiently.

The vast majority of physicians went to medical school for one reason: to care for patients. Unfortunately, we spend  greater than 30 percent of our time on required tasks that have nothing to do with direct patient care — filling out charts, obtaining insurance approvals, faxing paperwork and ordering prescriptions.  We are subjected to more and more Medicare regulations while spending inordinate amounts of time printing out handouts that are largely thrown away.

None of these tasks have been shown to improve quality. They have, however, significantly altered the practice of medicine as physicians now spend an average of only 8 minutes involved in direct patient care. It is simply not possible to provide adequate care with so little time. Recent research has shown that these unrealistic demands have been tied to higher rates of physician burnout, retirement and suicide.

We can begin to address these issues by eliminating extraneous paperwork and hiring medical scribes and technicians to assist with the necessary tasks. Scribes generally have a medical background and are a reliable and cost-effective alternative to nurses and physicians when it comes to paperwork. This strategy has already implemented in busy emergency rooms across the country. Hiring more scribes would create 1000s of jobs a year and cut down on the amount of time clinicians spend staring at a computer, giving them more time to spend with you, their patients.

Unless we start to think seriously about the current expectations placed on physicians, we’re heading for a system that looks painfully similar to the current VA. If that’s the case, ask yourself if waiting 20 months to see a doctor for less than 10 minutes is the type of care you’d want for your brother, your parents or yourself. Personally, I’d prefer to work in a system where 1/3 of patients don’t find themselves literally dying for care.

Sarah Mongiello Bernstein is a pediatric resident and can be reached on Twitter @sbernsteinmd. 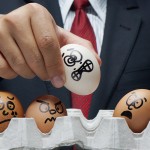