“What do you want for dinner?” I asked my wife.

“No, I don’t want hamburgers.”

“What do you want then?”

“I’m really in the mood for pasta.”

I’ve observed, both among my patients and my friends, that the issues which ultimately threaten to dismantle romantic relationships are almost always present from their beginning.  These are typically issues that were overlooked or consciously ignored in the adrenaline rush of hope and desire that brooks no interference with the establishment of the relationship, but which lies waiting for the passion to cool — as it always does to some degree — to resurface as potential barriers to the relationship having legs in the long run.

The nature of these issues is as varied as people themselves and includes differences in approach and attitude toward:  money, leisure-time activities, child rearing (or even whether to have children), religion, education, and preference of location.  These are large issues, issues that become clearer as the relationship progresses, sometimes sending couples to therapy and sometimes to divorce court.  Certainly other incompatibilities of personality and behavior can doom a relationship, but in situations in which both partners are generally emotionally healthy, these issues are what often do it.

It occurred to me recently when a friend told me about his impending divorce why our tolerance for large compromises we all make in forming romantic relationships diminishes with time:  thousands upon thousands of small compromises eat it away.  I call these small, daily compromises microcompromises.

These are compromises so small we hardly notice we’re making them, but which, were we alone, we wouldn’t be making at all.  Things like:  turning off a light we’d rather leave on, going to lunch at this restaurant instead of that one, turning left on this street instead of going straight and turning left at the next one, having pasta for dinner instead of burgers, and even the almost proverbial leaving up (or down) of the toilet seat when we’re done in the bathroom.

All lists like this are invariably filled with issues that strike even those who become frustrated by them as ridiculously small.  Yet I wonder how much each issue is like an individual grain of sand, hardly noticeable at first as it falls on one shoulder or the other until more and more of them start piling up and begin not only to constrain our ability to move about freely as we wish but eventually to threaten us with metaphorical death by smothering.  I wonder if there isn’t, for many of us, a gradually increasing effect of making these seemingly insignificant compromises that insidiously wears away at our ability to tolerate our personal space containing another person, perhaps even over time poisoning our ability to relate positively to our partner at all.

I think when this happens it does so because these microcompromises constrain our sense of freedom.   Though not everyone requires the same degree of freedom, everyone seems to require some sense of autonomy.  And because no two people always want exactly the same thing at the same time, when you live with someone else in your personal space either compromise or conflict invariably ensues.  Even if one partner does consistently surrender their microneeds to the other — perhaps because they’re constrained by a Good Guy contract — that person often develops a feeling of resentment over time, which can lead to a sudden explosion, or series of explosions, in which the other partner is shocked to learn of the frustration to which they’ve somehow contributed.

So what can we do to prevent the microcompromises we all make every day from poisoning our ability to relate positively to our partners and preserve the health of our relationships, while simultaneously preserving our all-important sense of independence and freedom to do as we wish?

1. Recognize no one is absolutely free in any sense.  Freedom is always a relative term.  Even in America, the land of the free, our freedom is far from absolute.  I can’t hit you because you annoy me, at least not without suffering consequences.  To have any kind of relationship is to become constrained in some way, even if only with respect to our time, which our friends and family always desire.  We could choose to live on an island (even literally), but we’d quickly learn just how dependent we are on social interaction for happiness.  Recognizing that some constraint on our freedom is the price we pay for having relationships at all may help to mute the frustration with microcompromise those relationships require.

2. Remember you chose your current relationship.  If you entered into it with your eyes wide open (and that’s a big if), reminding yourself of this when you get frustrated with a buildup of microcompromises can help to restore a perspective of responsibility that can relieve frustration with microcompromise to a degree.

3. Look upon your microcompromises as gifts.  This, finally, is the strategy I find most helpful in battling my frustration with having to make microcompromises, the strategy that most effectively enables me to prevent the buildup of resentment.  Rather than let myself feel I must compromise, I choose to view each microcompromise as a small gift I give my wife.  Importantly, though, it’s my ability to refuse to compromise that enables me to retain the sense of freedom I crave.  Which is why sometimes I don’t compromise.  And when I don’t and my wife allows my microneed to supersede hers, I try to recognize her choice as a gift to me.  When I look at our interactions like this, as small gifts we continually trade back and forth (sometimes we even say to one another, “I’ll give you this one”) I’m amazed at how smoothly our relationship goes.

It’s been said the key to a healthy relationship is compromise, and that the right ratio of compromise is 50-50.  But I disagree.  There are times when my wife needs 100 percent of her needs met and I compromise completely, and other times when I need 100 percent of my needs met and she returns the favor.  The key to a healthy relationship (or one key, at least), it seems to me, is a recognition that microcompromises are gifts that need to be exchanged rather than demands that need to be wrung from the other person.  If both partners can approach their relationship this way, when large compromises need to be made, pent up resentment is less likely to be present to interfere with clear, compassionate thinking that brings a couple to the best decision for both partners.

In the end, we did have pasta that night.  But then we had burgers two nights in a row.

3 ways to use bacon as medical treatment 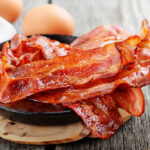 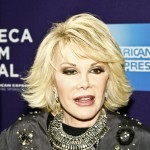