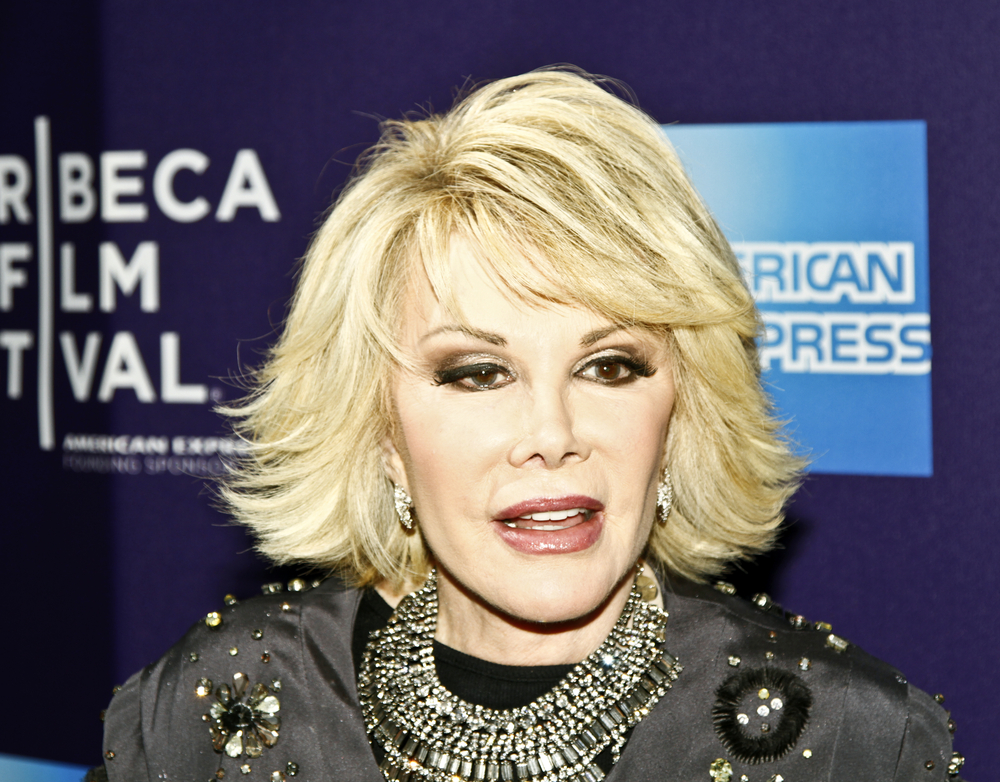 New York Post reporter Susan Edelman revealed the name of the unfortunate anesthesiologist allegedly present on August 28 at Yorkville Endoscopy, during the throat procedure that led to the death of comedian Joan Rivers. She is reported to be Renuka Reddy Bankulla, MD, 47, a board-certified anesthesiologist from New Rochelle, NY.

Having her name made public will be a nightmare for Dr. Bankulla, as investigators will certainly target her role in Ms. Rivers’ sedation and the management — or mismanagement — of her resuscitation.

When the news of Ms. Rivers’ cardiac arrest and transfer to Mt. Sinai Hospital became public, many of us guessed that there might have been no qualified anesthesia practitioner — either anesthesiologist or nurse anesthetist — present during the case. The gastroenterologist and then medical director of the clinic, Dr. Lawrence Cohen, argued famously that the sedative propofol, which Ms. Rivers received, could be safely given by a registered nurse under his supervision, and that no anesthesiologist is necessary.

However, with the publication of the Centers for Medicare & Medicaid Services (CMS) report of September 5, it became clear that an anesthesiologist was definitely present. The anesthesiologist was identified only as “Staff #2″ in the report. She was interviewed by the CMS surveyors four days after the event but said she was “advised by her legal representative not to discuss the case.”  So key pieces of information about what happened still haven’t been made public.

Nonetheless, the surveyors gathered enough information to reach this conclusion:  “The physicians in charge of the care of the patient failed to identify deteriorating vital signs and provide timely intervention during the procedure.”

By any standard of care, the anesthesiologist clearly would be one of the physicians in charge.

What happened, and when?

It’s known from the CMS report that Ms. Rivers had normal vital signs on August 28 at 8:44 a.m., with an oxygen saturation (SPO2) of 100 percent while breathing room air. This number means that she had a satisfactory level of oxygen in her bloodstream. At 9:12 a.m., the SPO2 had decreased to 92 percent, which would be a low-normal reading, but rose again to a healthy 97 percent by 9:21 a.m.

In a hand-written note later in the day, the anesthesiologist explained that she used a combination of “jaw thrust and increase in oxygen flow” to maintain oxygen levels in Ms. Rivers’ blood. These are standard maneuvers designed to open a patient’s airway and make it easier to breathe adequately. It is very common for a patient to experience some degree of airway obstruction when a fiberoptic scope is inserted into the mouth and the patient must breathe around it.

Ms. Rivers apparently underwent a total of three procedures to evaluate why her voice was raspy and getting worse:

1.  A nasal laryngoscopy by her ENT physician, Dr. Gwen Korovin, to look at her vocal cords;

2. An EGD (esophagoduodenoscopy) by Dr. Cohen to evaluate the severity of her GI reflux;

It isn’t clear why the second look at the vocal cords was necessary. News sources have speculated that Ms. Rivers’ may have developed laryngospasm, or sudden closure of her vocal cords, but there is no documentation in the CMS report that this occurred. If laryngospasm did occur, the anesthesiologist and the ENT surgeon were well qualified to recognize and reverse it, and it would be rare for laryngospasm to cause permanent harm.

There are conflicting statements in the CMS report about the sequence of events immediately during and following the second laryngoscopy by Dr. Korovin.

An endoscopy technician is quoted as saying that Dr. Korovin withdrew the nasal scope at 9:30 a.m. The “Cardiac Arrest Record” states that Ms. Rivers went into cardiac arrest at 9:28 a.m. and cardiopulmonary resuscitation (CPR) was initiated at 9:30 a.m. A separate code record, called the “Endoscopy Code Blue Record”, noted that Ms. Rivers developed ventricular tachycardia with a pulse at 9:28 a.m., and that “assisted ventilation and chest compression” were initiated at the same time.

Both records indicate that epinephrine 1 mg and atropine 1 mg were administered, but the times differ. The first record documents that these medications were given at 9:38, while the second record states they were given at 9:28.

The last vital signs recorded on Ms. Rivers show that both her blood pressure and heart rate were decreasing, though the oxygen saturation was documented at a low-normal 92 percent at 9:26 a.m. and again at 9:30 a.m.  No respiratory rate is documented at 9:26.  Neither a respiratory rate nor a pulse rate is recorded at 9:30 a.m., which is the approximate time that cardiac arrest appears to have been recognized and CPR begun.

One key question in all of this, it seems to me, is this: Why wasn’t monitoring of exhaled carbon dioxide (CO2) recorded along with the other vital signs?  Exhaled CO2 is the gold standard for effective exchange of air. A patient breathes in air and supplemental oxygen, and then breathes CO2 out. A patient who isn’t breathing at all won’t exhale any CO2. This can be the quickest way to determine that a patient isn’t breathing. Equipment for recording exhaled CO2 is widely available, and oxygen can easily be given during endoscopy via nasal prongs that are capable of transmitting exhaled CO2 for measurement.

It’s possible that CO2 was monitored but not recorded at Yorkville Endoscopy, but it seems unlikely. Standard monitors would record all the vital sign numbers, including the level of exhaled CO2.

In the absence of CO2 monitoring, it is possible that the team failed to realize that Ms. Rivers at some point wasn’t breathing effectively, and then stopped breathing altogether. This would explain why she went into cardiac arrest. Slowing of the heart rate may be an indicator of impending cardiac arrest, and the last heart rate recorded for Ms. Rivers had slowed to 47 beats per minute.

Why was the SPO2 still above 90 percent?

One puzzling piece of data is that the pulse oximetry reading was still 92 percent at 9:30 a.m., the time when cardiac arrest apparently had already occurred. Could the SPO2 be incorrect, or does this mean that the oxygen level in Ms. Rivers’ bloodstream was adequate and therefore not the primary problem?

Above all, the pulse oximeter depends on pulse and blood flow. If a patient has low blood flow, low blood pressure, or is cold, the monitor may not be able to pick up accurate signals. Also, there can be a significant delay in the monitor’s ability to detect a drop in blood oxygen.  Studies have shown that it may take a pulse oximeter finger probe as long as two minutes to register a significant drop in blood oxygen levels, and even longer if the patient is cold or has poor circulation. Either of these factors could have affected the readings in Ms. Rivers’ case.

The final autopsy report determined that the cause of Ms. Rivers’ death was anoxic encephalopathy due to hypoxic cardiac arrest. This means that her brain was deprived of oxygen long enough to cause permanent, irreversible damage, regardless of what the pulse oximeter reading may have recorded some time earlier.

The ABC’s of resuscitation:

First, make sure the airway is open.

Third, make sure the heart is beating effectively and circulating oxygen to the brain.

Drugs including epinephrine and atropine were given during the code, according to the clinic records. However, one record indicates that Ms. Rivers’ heart rhythm was ventricular tachycardia with a pulse. Epinephrine and atropine would not be the appropriate treatment for ventricular tachycardia according to standard ACLS protocol. So there is an unexplained discrepancy between the documented heart rhythm and the treatment given.

What should the anesthesiologist have done?

Anesthesiologists (and other qualified anesthesia practitioners) multi-task, by definition. We administer anesthesia drugs and sedatives appropriate to the type of surgery or diagnostic procedure. We monitor the patient’s vital signs continuously. We maintain the patient’s airway and ventilation, whether the patient is spontaneously breathing under sedation, or on a ventilator for surgery under general anesthesia.

Critically important — we intervene promptly to manage any change in the patient’s condition that occurs as a response to anesthetic drugs, to the surgery itself, or to any underlying medical problem that the patient might have such as heart disease or lung disease.

During the nasal laryngoscopy done by Dr. Korovin, and the EGD done by Dr. Cohen, the lights in the room were probably dimmed. The endoscopy views typically are displayed on a video monitor, and dimming the room lights improves the contrast.

If a patient is in trouble, ultimately it is the anesthesiologist’s responsibility to determine that a procedure should be halted in order to rescue the patient from impending harm. Certainly in the case of upper endoscopy, it may be necessary to cut the procedure short if the patient is unable to breathe around an endoscope in the nose or mouth. It is unclear from the CMS report if the anesthesiologist identified the severity of Ms. Rivers’ deterioration, and whether or not she attempted to intervene prior to the onset of cardiac arrest.

The problem of the VIP patient

While I have no inside information as to what happened at Yorkville Endoscopy on August 28, it’s easy for me to imagine that this was an impossible situation for the anesthesiologist.

She was presented with a celebrity patient who was well known both to Dr. Cohen and to Dr. Korovin. She provided sedation with propofol, though it’s unclear exactly how much propofol was given. The medication administration record states that a total of 300 mg of propofol was given at 9:21 a.m., which would be a very large dose for a small, 81-year-old patient. However, the anesthesiologist told the CMS surveyors that she actually gave only 120 mg of propofol.

Upper GI endoscopy and nasal laryngoscopy are stimulating procedures, and it may have been that Ms. Rivers reacted to the stimulation with coughing or movement, thus prompting the anesthesiologist to give more sedation.  With propofol, though, there is a very fine line between achieving an appropriate level of sedation and producing sedation deep enough that breathing stops altogether.

If Ms. Rivers stopped breathing, it may not have been immediately obvious. In a dark room, with other physicians at the head of the table manipulating scopes in the patient’s nose and mouth, the anesthesiologist may have had very limited access to her patient. Even if she recognized that the patient was in distress, the other physicians may have refused to step aside and allow her to take control of the airway.

Once the severity of the problem was recognized, the physicians may have been reluctant to summon emergency personnel immediately, believing that they could manage the situation themselves. They may also have feared the inevitable publicity that would result.

At the end of the day, Ms. Rivers was resuscitated from cardiac arrest, but she had sustained irreversible brain damage from lack of oxygen. The tragedy of that outcome has a ripple effect. Inevitably, the lives of the physicians who were responsible for her care will never be the same.

As more information surfaces about the events of August 28, we can only hope that lessons will be learned that will benefit other patients in the future. There are minor surgeries and procedures, but there are no minor anesthetics.

Medicaid payment rates are going down, and there's nothing doctors can do about it

Joan Rivers: What should the anesthesiologist have done?
4 comments