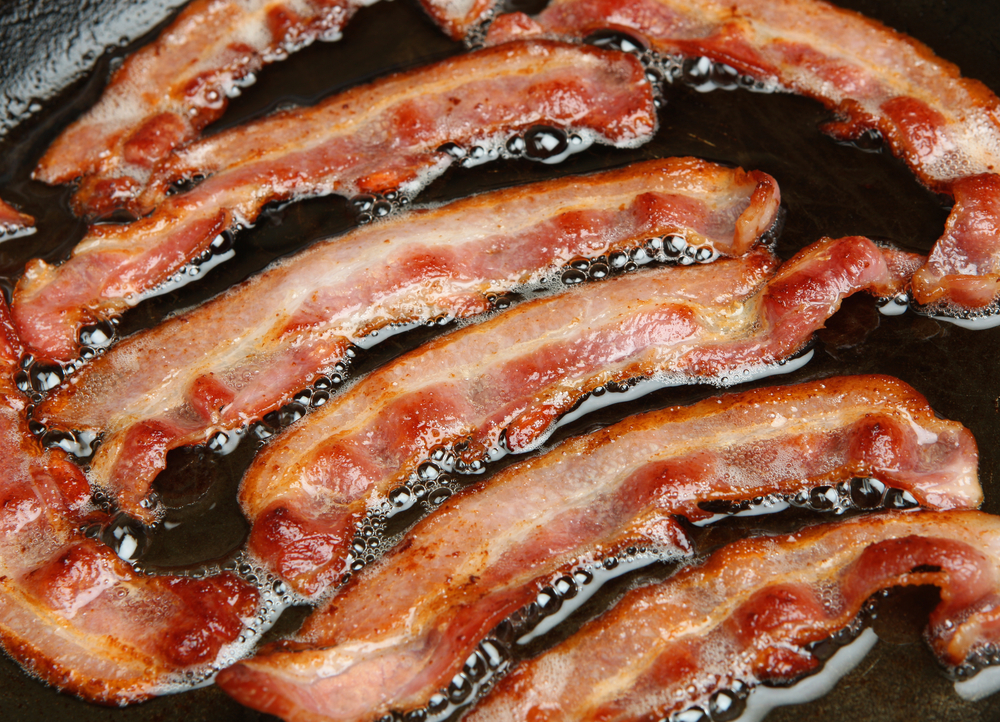 You might think of bacon, that thing of gustatory beauty that is salted, cured pork, as just pleasure for your taste buds. However, one of the first medical facts I learned in 2015 was that bacon has medicinal purposes (apart from making you feel better after eating it). With this new knowledge at hand, the time just seemed right for a bacon post in case you needed other reasons besides breakfast (or lunch or dinner) to keep it in your fridge.

According to my PubMed search, Bacon as therapy has been published for three different medical conditions.

1. To stop a killer nosebleed. When a nosebleed goes bad, it can truly be life-threatening. One intrepid group of ear, nose and throat (ENT) surgeons transformed bacon into a nasal tampon to pack a catastrophic nosebleed (and here I thought using a Tampax was crafty, which I had to do last week in a pinch). Apparently, the high salt content of bacon is believed to induce swelling, which causes the blood vessels to constrict, slowing the flow of blood and helping clotting. It does make bacon Band-Aids sound like less of a gag gift. I guess I’ll have to add bacon to my zombie apocalypse survival guide to control hemorrhage in the field.

2. In the treatment of furuncular myiasis, a parasitic infestation in the skin and soft tissue with the larva of Dermatobia hominis. The larvae cause boils and can even lead to horrific tissue destruction (only click the link if you are not faint of heart). The treatment largely consists of manually picking out the larvae with tweezers. Apparently, bacon fat can be used as bait to lure the larvae to the skin surface for faster and more effective removal.

3. As a treatment for scabies. Granted, this is an older therapy and perhaps not quite as effective as newer methods. However, bacon fat (rendered, one assumes) has been used as a base for the active ingredients of sulfur and salicylic acid for the topical treatment of scabies. The study compared bacon fat with cold cream as a base. While the cold cream combination was 100 percent effective versus 88 percent for the bacon fat base, the authors noted that the bacon fat concoction was 238 times less expensive than the cheapest scabicidal medication in the U.S. (over-the-counter topicals for scabies are, of course, the treatment of choice).

I’m not sure who first wondered if a lump of salted pork could help stop bleeding or lure parasitic larvae for easier removal, but it never ceases to amaze me how many therapies are born from a MacGyveresque combination of basic science and what is on hand.

Many thanks to @DrLaryngeus, who first alerted me to the citation for a nasal bacon tampon.

Primary care is a story of misaligned incentives

3 ways to use bacon as medical treatment
3 comments