It happened again today.  A youngish man, age 59 (youth being relative these days) comes in for a consultation.  His history began eighteen months ago when he started to notice hoarseness.  Thinking he had laryngitis, he saw his primary care doctor.  He was indeed diagnosed with laryngitis despite the fact that he had not been shouting for his grandson at the local soccer playoffs, nor had he had upper respiratory symptoms such as a snotty nose or a cough or a fever. He was treated with antibiotics, and did not improve.

Three weeks later, he saw his doctor with the same complaint and was again given another course of antibiotics.  Again, he had no relief, but since he was feeling fine and had no other symptoms, he waited.  And waited.  Until July when he suddenly became short of breath, especially when lying down.  He heard himself wheezing in that position.  He was finally referred to an ear, nose and throat specialist who recognized the signs and symptoms of advanced laryngeal cancer and performed a tracheostomy to save his airway, and his life.

When we are young, and in medical school, we are taught an old saying:  “When you hear hoofbeats, don’t think of zebras.”  In other words, when a patient comes in with a cough, your first line in the differential diagnosis is infection or asthma, not lung cancer. Most breast lumps in young women are cysts, or fibroadenomas, not breast cancer.  And when a patient comes in with hoarseness, it’s likely laryngitis, not cancer of the vocal cords, causing airway obstruction and requiring an emergency trach.  As a radiation oncologist, I see things a little differently, as in “through a glass, darkly.”  When I hear hoofbeats, it’s nearly always a zebra, not a horse.  When a patient shows up in my office for a consultation, they’ve already been diagnosed with cancer, many times after being misdiagnosed for months or years with bronchitis, or laryngitis, or cysts, or hemorrhoids.

Today my patient was the fourth patient I have seen in as many years whose laryngeal cancer was misdiagnosed as a benign process, ultimately resulting in the need for an emergency tracheostomy.  This is because you cannot see laryngeal cancer with a wooden tongue depressor and a flashlight.  The Norman Rockwell image of the doctor with the bright light above the exam table, shining into the mirror strapped on to his head, which in turn reflects light on the tiny mirror held to the back of the throat—those are images from the past.  Primary care doctors simply do not have the fiberoptic equipment necessary to do a good laryngeal exam today.  It’s expensive, and used infrequently.  But there is no excuse for not referring a patient with persistent hoarseness to a qualified ENT doctor.  It could mean the difference between life and death, or life without a voice, which is no small disability.

As I was completing my internal medicine residency, before I decided to become a radiation oncologist, I had a brief notion to take the LSAT’s and apply to Harvard Law School.  Back in those days there were only five or so MD-JD’s in the country, and there was definitely a need for people who had a foot in both corners.  In the end, I decided that I didn’t want to give up patient care, as interesting as I found the law, due process, presumed innocence—the whole lot. I opted out and continued my pursuit of medicine.  Thirty years later, it occurs to me that I didn’t have the experience or the knowledge back then to have made a good attorney.  But now, knowing what I know about the consequences of missing a diagnosis of cancer, I’d make a helluva good malpractice lawyer for the plaintiff.  In the words of Marlon Brando, “I coulda been a contender.” 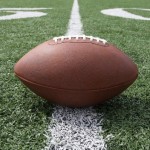 In oncology, hoofbeats are nearly always from zebras
68 comments