My friend Dawn and I recently attended an evening meeting of the Houston Society of Plastic Surgeons.  Since we were invited guests, and not plastic surgeons, we didn’t stop on the way into the lovely formal dining room to pick up our name badges because the organizers had not made them for us.  On the way out, however, we both noticed clear plastic perfectly formed oval objects sitting on the table, looking for all the world like crystal paper weights.  I picked one up and it slithered out of my hand, slippery as a water balloon.  It was then that I realized that the beautiful paper weight was indeed, a silicone breast implant made by the company that sponsored the dinner.  After all, what do you expect when you attend a gathering of the plastic surgery clan?

I have learned in medicine to expect the unexpected.  The reason that I got in my car and drove 970 miles from Santa Fe to Houston was that my father, Dr. Melvin Spira, now nearly 91 years old and an emeritus professor of plastic surgery at Baylor College of Medicine, had been asked to give several lectures as a visiting professor for the residents and fellows in training.  Several is a bit of an understatement.  He was actually asked to give five separate talks, including three on consecutive days at 6:30 a.m., because as we know, surgeons start their days early.  After assuring Dad that I would not be getting up to attend any 6:30 a.m. lectures, I set out for Houston in the midst of some of the worst rainstorms and flooding seen in that town in over thirty years.  Dad has had to curtail his practice over the last few years due to significant health issues, and when he came down with a bad cold days before the trip, I tried to no avail to convince him to stay home.  He, of course, wouldn’t hear of it.

His assignment for the evening lecture was to talk about his surgical missions overseas to repair cleft lips and palates, other birth defects, and contractures due to severe burns and other injuries. Especially since he retired from active practice, he has participated in several trips a year with Surgicorps International, traveling to Guatemala, India, Bhutan, Viet Nam, Zambia and other countries to attempt to give a normal appearance, and thus a normal life, to those unfortunate enough to require his services.

Devoted parents travel great distances to wait all day for their children to be evaluated, and once the schedule is set, surgeries proceed for the next 7 to 10 days, twelve hours a day, until the work is done.  Dad methodically showed the construction of each trip, from soliciting donations, to transporting equipment, to evaluating prospective patients, to post-operative care. At the end of his talk, he showed a blurry photograph of a 43-year-old man who had lived his entire life with a severe facial deformity.  He told us that when the patient woke up in the recovery room, the first thing he asked for was a mirror.  When he saw his own face, swollen from surgery, but yet distinguishable as a normal human face, this patient burst into tears.  As my father told the story, everyone in the room did the same.

Plastic surgeons often get a bad rap.  In our youth driven, appearance conscious world, it is all too easy to make jokes about their bread and butter cosmetic work: the breast implants, the face-lifts, the nose jobs, and the Botox.  At dinner, my friend and I, and the residents in the room, were privileged to catch a glimpse of what these talented surgeons can do to change the life of a child, and that child’s family and future.  The residents in the room are lucky; in a few years, they too will have the skills to give the gift of a normal appearance and normal function.  As for me, well, I think it’s time to get back to work treating cancer patients.

Miranda Fielding is a radiation oncologist who blogs at the Crab Diaries.

Drug addiction is a problem that requires treatment, not punishment 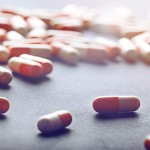 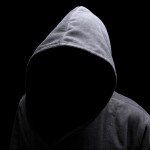 Plastic surgery is more than Botox. Hopefully doctors can remember that.
1 comments