If someone had told me even ten years ago that I would retire young and become an itinerant radiation oncologist, I would have thought he had lost his mind.  As the career medical director of community-based cancer centers, I was used to running the show.  And as the saying goes, I ran a “tight ship.”  Consultations were performed and documented in a timely fashion, day of the request if the situation was urgent, or within a few days if not.  The patients were given time to think about their treatment, but simulations could be done the same day as the consultation, or as soon as the patient agreed to treatment, and the new start times were never more than a week away. Patients were seen every week, or more frequently if needed.  I had the best team of radiation therapists, physicists, nurses and front office people that anyone could ever ask for.  But in early 2014, I like to say I retired.  But the truth is, I quit.

Articles about physician burnout are legion, and I have avoided adding to that literature in this blog. The truth of the matter is that we, as radiation oncologists, are a very privileged group.  We are privy to the most intimate details of our patients’ lives; we practice in a highly technical and ever changing environment which challenges us to be constant and consistent learners; our hours are regular, and we are very well paid as a medical specialty.  And most importantly, we cure cancer.  What could be better?

But after thirty years in the field, I was tired.  2013 was a terrible year for me: In December of 2012 I lost a close friend, Catherine, and then my little dog Jack, and then in January my mother, and shortly after that my work partner Dr. William Spanos, the best colleague and friend a physician could ever hope for.  And in between, some very beloved patients who I had followed and treated for years.  I was done.

But a calling is a calling, and somehow, between the enchanted mountains of New Mexico and the healing hours spent on horseback and with my dogs, and the otherworldly sunsets and the pleasures of growing a vegetable garden, I needed to get back to doing what I do best: helping cancer patients.

So here I am, a “locum tenens” radiation oncologist, working for an agency, going where I am needed, for a few days, or a few weeks at a time.  On Sunday night, I “saddled up” the old Suburban and headed to Las Cruces, NM to provide a little relief to the solo practitioner stationed there.

Today I saw an elderly woman who had just been diagnosed with locally advanced and metastatic lung cancer.  Despite the effects of her disease — weight loss, shortness of breath and pain — I could see that she had been and still is a beautiful woman.  I can’t cure her: No one can.  But I could promise her that I could make her breathing a little easier, and relieve the painful metastases in her lumbar spine. As I sat with the patient and her husband, I knew with certainty that I no longer had to be “in charge” or command my own practice.  I knew that I could help her.

And I knew, beyond question, that I had begun to love my profession again. For that, I am very grateful.

Miranda Fielding is a radiation oncologist who blogs at the Crab Diaries. 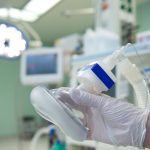 Don't secretly record your doctor. Do this instead. 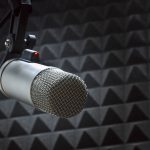