“Sometimes, how you feel at the end of an interview can be clinically revealing,” my preceptor says. “How does this patient make you feel?”

I enter at what I think is an invitation to me, but see that 79-year-old Mr. M is speaking into the phone instead.

“I’m sorry, I can come back…” I start to say. Then I overhear what he is saying.

Later I learn that he has been having that conversation all day. I also learn there is never anyone on the other end of the line.

I ask him where he wants to go, and why. What seems to be the problem?

He thinks the doctors don’t pay attention to him and that the nurses are out to get him. He thinks the food is poisonous and that he has no illness. He keeps trying to tell his son, but his son won’t listen. Why are they keeping him here?

I want to reassure him, and there are things I can say with confidence. No; the hospital food might not taste great, but it is not poisonous. You are here because of your kidneys; they haven’t been doing so well since your surgery.

“And the doctors have been stealing from me.”

I desperately want to reassure him that they are not. I want to tell him that the hospital staff here is compassionate and caring. That you can trust them. That they are here to help.

But I can’t quite get the words out.

“How does this patient make you feel?”

I feel sadness. I feel pity. I feel helplessness.

I am thinking back to thirteen years ago.

My father sighs. “No one is stealing from you, Ma,” he says for what must be the third time that week. The year is 1999. My grandmother is in the early stages of the Alzheimer’s disease. Meanwhile, our family likes Wilma, her new live-in nurse. The combination of those two facts made for an easy answer: No, Wilma cannot be stealing from you.

“You must have misplaced your necklace. Did you check the bedroom drawers?”

It was only years later, when my grandmother was in the late stages of Alzheimer’s disease and thus no longer able to communicate with us, that we learned that she was right and we were wrong. It had been easy to doubt my aging grandmother. It was much more difficult to argue with my grandmother’s valuables stashed away in Wilma’s purse.

My grandmother’s cries, and our persistent failure to take them seriously, upset me to this day.

The idea of a physician entering a patient’s room with any emotional partiality might seem unsettling. Physicians are supposed to be objective and just. But a physician, too, is a human being: one with past experiences, feelings, and preferences. Is it so hard to imagine that something accumulated from the narrative this is a doctor’s life might affect a patient interaction, even subtly? I think of the family physician who told me how emotionally taxing it was to care for young children every day during the years she and her own husband were struggling with infertility. I think of the oncologist who felt a personal stab of pain upon encountering each breast cancer patient who reminded him of the mother he lost to the illness. Both were excellent physicians, and neither of their admissions struck me as unreasonable.

Still, having patients remind them of others is not something I’ve seen caregivers proclaim with pride. I think the reason is the realization that if countertransference exists, there is also the possibility of it taking worse forms than sadness or pity. When that patient reminded me of my grandmother, my reaction motivated me to spend more time with him and to take his concerns seriously. But what if, for example, I become annoyed with a patient? Or distrusting? Or abrupt?

I see countertransference less as something to be proud or ashamed of, but rather as a reality that must be grappled with – whatever the consequences. When we participate in phenomena unconsciously, the least we can do is attempt to bring our thought processes to the surface: to reflect on our patient interactions honestly, and to try to discern why certain encounters invoke the reactions they do. Only then can the situation be addressed for the benefit of the patient.

“How does this patient make you feel?”

As long as I have an answer to that question, I hope I may continue to explore why.

Details of this story have been modified to protect the privacy of the patient.

Is consolidation the answer to healthcare's fragmentation problem? 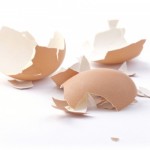 Countertransference is a reality that must be grappled with
4 comments