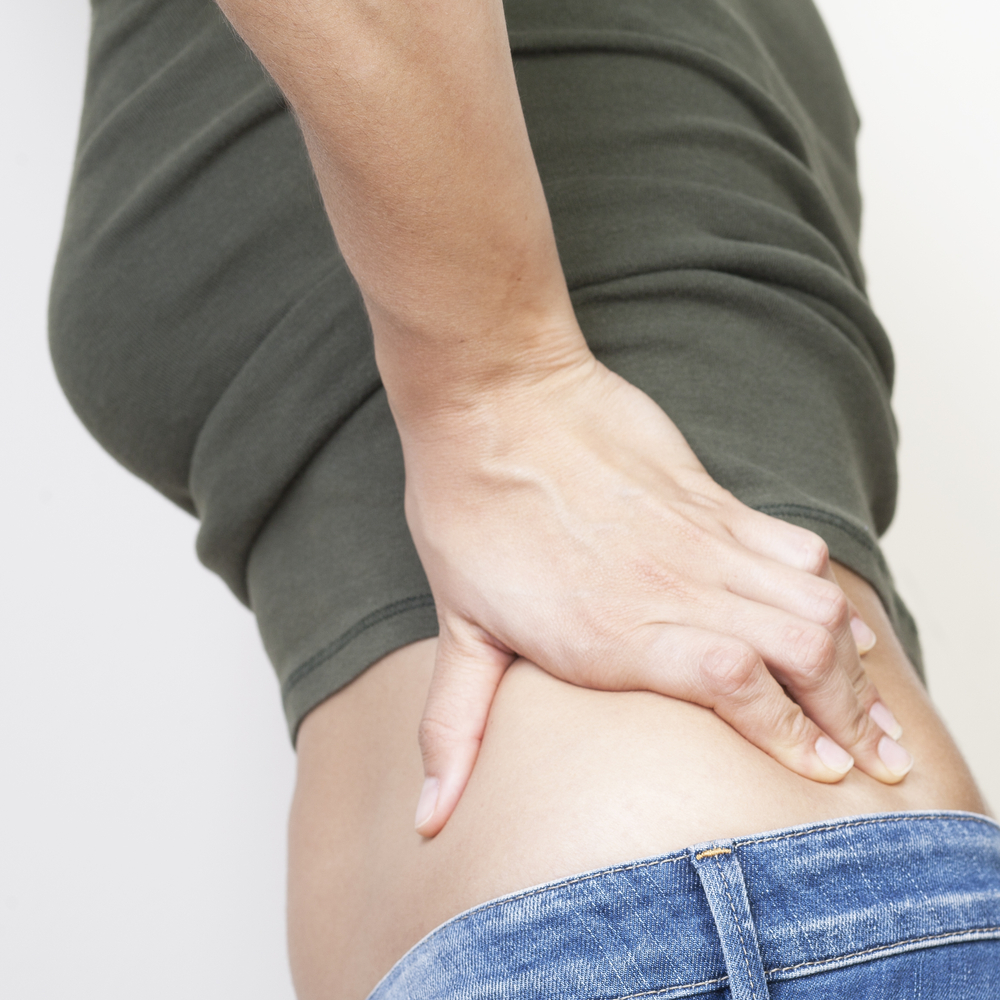 As a typical guy, there are several painful illnesses that can hit our brotherhood in an instant. No warning given. No “Get out of jail free” pass, either. Just cruising along, having another fine, healthy day and baam! — suddenly you are lying on the floor in severe distress.

The most feared? A testicular torsion. It can happen spontaneously. It can happen suddenly. And if you are the owner of a testicle or two, it can happen to you. Simply put, the testicle can twist on its supporting ligaments and vessels, in essence cutting off the blood supply while stretching and irritating the supplying nerves. Sounds painful, yes? Excuse me for a second while I wipe my eyes–they’re welling up just from talking about this one.

Or better yet? Taking a direct traumatic hit to the groin area. We’ve all seen the funniest home video shows where Dad takes one to his manhood, only to buckle over and writhe in pain. It’s funny, sure, as long as it’s not one of us that took the shot. And usually, the laughing female voice we hear is the guy’s loving wife or girlfriend, still recording. Explain that one to me! Whatever you do, maam, don’t put the camera down to help out your man!

At least with these afflictions, though, we can’t be compared to a woman dealing with the same illness, shaming us with their inner strength. We can carry on and on and never have to explain ourselves and our pain. Or worry about comparisons.

However, the illnesses we do share with the more stoic and stellar species–you know, the ones with two xx chromosomes–are numerous. Chest pain. Abdominal pain of a million etiologies. Migraines. Broken bones. An asthma attack. The list is long. If you came and worked one shift with me, you would find it very evident that a woman is so much more tolerable and less whiny than a man with a similar problem. Almost always. Us guys? Yeah, for the most part, we are big wimps.

A few months back, I had two patients, a man and a woman, present to our emergency department, within an hour of one another, with the same illness. Unrelated, they were both suffering with kidney stone pain. Pain that was sudden. Pain that radiated from the flanks toward their groins. Pain that they both graded a ten out of ten.

Walking into the woman’s treatment room, I found a patient with her eyes closed, breathing deeply in and out. Her tight grips on her cot’s side rails were her only clue to being uncomfortable. Calmness permeated her room.

After a brief review of her history, which included a previous history of kidney stones, and a primary exam, I offered her some pain medications, in addition to some IV hydration and nausea medicines.

She smiled, taking me up on my offer. “Thank you, Doctor,” she quietly said, “that would be wonderful.”

After ordering her CT scan, urinalysis, and baseline blood work, I continued into another treatment room, just two doors down from her, to see the male patient.

I heard him before I even walked into his room. Between the cursing, the moaning, and the angry words directed at his wife, I knew he was going to be a difficult patient to manage.

I walked into the room, ready to briefly introduce myself and obtain a bare-bones history and physical, before offering some similar pain relief. I didn’t get the chance to do either.

“God-damn it,” the patient said, sarcastically, greeting me, “are you the doctor? I’m in pain here.” He, by the way, arrived after the previous patient. The drama in the room was suffocating, to say the least.

I assured him that yes, I was the doctor. After a few more obnoxious words, and some dramatic flailing, he refused to tell me anything about what brought him to our ER. Now, I’m all for giving someone a break when they aren’t feeling well, but his actions and words were bordering on ridiculous. “I’m not telling you anything f…ing more until I get some God-damn pain medicines,” he said, crossing his arms over his chest. If he hadn’t been lying in a cot, I know he would have been stomping his feet.

I know that kidney stones can be painful. I’ve seen enough patients with them to get that. I also know that I never want to have one. But, I also know that pain does not give one an excuse to be as blatantly rude and disrespectful, with the medical team providing care, as this patient was. Sometimes, a patient may forget that we are on their side. At any rate, it’s hard to get under my skin and, after walking out of the previous stoic patient’s room, this gentleman succeeded in doing just that.

“Sir,” I said, “I understand you are in pain, but I won’t let you talk to me or anyone else in my presence in that manner. Do you understand?” He eyed me while receiving my direct stare. “Do you understand me, sir?” I repeated. He nodded yes. “If you cooperate, I will be more than glad to help you after I learn what brought you here and perform a brief exam. I’m sorry if you don’t understand this process, but that’s how it’s going to be done.” His nurse, standing by his cot, nodded her agreeement.

Translation: Man up, you wimp!

With a little coaxing from his wife, we arrived at an understanding. As I requested, he provided me with the details of his sudden onset of pain. He was home lying on his couch when he suddenly had been overcome with pain in his right flank area. “I know it’s my kidney stones again,” he said. “It’s just like my last one.”

After cooperating, he also received pain medications with some IV fluids and nausea medicines. “Finally,” he complained to the nurse, “that took forever.” Yes, sir. Twelve minutes to be exact, from the time he was placed in his room until the time we pushed his medications.

Ultimately, both patients had results conclusive of a kidney stone via CT scanning. His, three millimeters. Hers, four millimeters. Both stones were in the UVJ, or the uretero-vesicular junction, the distal part of the ureter, the tube that connects the kidney to the bladder. Both stones were near their journey’s end. There was no hydronephrosis, or backed-up fluid, to either’s kidney.

I walked into the woman’s room and explained her results. She looked more at ease, greeting me with a smile as I entered. “Thank you,” she said, continuing to be stoic and kind, her grips lessened on the side rails, “for all you did. This was a wonderful experience.” She had refused any further offers of IV pain medications. “I’ll be fine,” she had assured us. I wished her the best, advised her to return to our ER if she had uncontrolled pain or fever, and sent her home with a prescription for pain medication. She would follow with her urologist in a few days.

She had been an absolute pleasure.

Next, I walked into the man’s room and to explain his results. He had received several additional doses of pain medication and appeared much more comfortable, although his complaining nature was still evident. “God-damn it,” he said, now rating his pain a one out of ten, “why do I have to suffer with these god-damn stones. Why couldn’t someone else get them, instead?” I explained to him that his stone was small, was near the end of passage, and that we would be sending him with a script for pain medications. On review of his previous records, he had always passed his stones without complications. I suspected that this would be no different. I referred him back to his urologist for a follow-up appointment in a few days. Yes, I was sharing the love.

I know this is an extreme example of comparing a man to a woman, with many variables to consider (a family history of stones, the size of the stone, an individual’s response to pain, age, etc.). Consistently, though, through my career, women have demonstrated to be much more stoic, mature, and admirable in dealing with illnesses than men. You can’t change my mind of that. It could be something as simple as the flu, or something as complex as a myocardial infarction. It doesn’t matter, really.

My one buddy has a theory–the more screaming and carrying-on from a patient, the less the likelihood of that patient being seriously ill. Likewise, the more stoic a patient, the more serious the illness. At first, I laughed at him and his observation, thinking he was just joking around. “Seriously, Jim,” he said, “just think of all the guys we’ve treated who were crying when we walked into the room.” Unfortunately, after this many years spent in the ER, I’ve seen his theory prove itself true.

I think us men need to toughen up and start spitting out some nails. Or eating black licorice to grow some hair on our chest. Even throw away that certificate for a pedicure and an hour massage. Hide the cologne. Quit watching “Dancing with the Stars.” Maybe, just maybe, we should step up and offer to deliver a ten-pound baby, au natural. That might put our pain in perspective.

On second thought, though, maybe I should hope to get a kick in the balls or a spontaneous testicular torsion instead of any other painful illness…that way, I won’t be embarrassed or shamed by my fellow womankind when I start my high-pitched screaming in the ER. Or flailing my arms. Or crying…

Kidney stone pain, as experienced by a man and a woman
13 comments