“You should prepare for the future. Your son will never be independent.”

I do not recall hearing those words at their source, but I was only eight when they were relayed to me by my parents. At the time my diagnosis, now characterized as juvenile myoclonic epilepsy, was poorly understood and often confused with more virulent disabling neurological conditions. Despite this fact, I have used the doctor’s prediction as fuel for over four decades now, and I don’t plan on stopping.

Fast forward to medical school admissions: the assistant dean for student affairs asks if I “think medicine is a good idea, given how sleep deprivation can trigger seizures.” And yet, as Elton John might opine, “I’m still standing,” often treating kids who are deemed much worse off than I was.

As a psychiatry resident, neurology is a compulsory part of training. I didn’t mind this, as I have been fascinated by the brain’s complexities from the time I entered school and questioned why I learned so quickly yet could not kick a ball, why I could read for hours yet often dazed off in what was diagnosed as absence spells.

As any medical professional knows, a large part of neurology involves diagnosing and treating the varied consequences of stroke, seizures, and tumors. The spectrum of possible deficits ensuing from the failure of the central nervous system is impressively broad. Despite this, neurologists are often pressured to see the future, to tell the patient and their family what lies ahead. When an older man presenting with a brain tumor asked for a general prognosis, the resident replied without hesitation, “I expect you have 3 to 6 months.” I asked him what his index of certainty was, and he shrugged, answering, “You have to give your best guess.”

Our attending was not pleased. The risk of an egregiously wrong prediction puts everyone in hot water, he pointed out. The patient might die in a month or linger for a year. Outliers exist, patient symptoms don’t read textbooks, and predictions are made based on conditions that may not represent the patient. In that case, a doctor has offered possibly misleading counsel to their patient. The resident’s shoulders slumped. In his efforts to provide certainty, he had only given the illusion of it.

When I started practicing independently, I, too, would sometimes harbor low expectations for future recovery, but my own experience made me loathe to make definitive pronouncements until the preponderance of evidence supported it. Even still, I treated a young adult who was born with so many congenital diagnoses that he was supposed to die by a year of age; he’s 30 now and seemingly content in his life despite marked functional limitations. His adoptive mother, the most detail-oriented nurse I’ve ever met, also raised dozens of other kids with similar stories. “You never know,” she said. “They deserve a chance.”

A chance: By dimming the lights on our hopes for a given patient, we may inadvertently strip them of this basic human right. We see ourselves as a font of information, but the data we impart and the words we use to share it can have unintended seismic effects.

A chance was all my father wanted when he agreed to a trial of a novel regimen for myelofibrosis. He had lived an illustrious life but wished to spend more time with my mother, myself, and his grandchildren. The new medications were sold as a possible talisman for this. I found myself torn: On the one hand, I know how important hope can be, yet given his medical history, I also recognized the low probability of medication helping. Contrary to my usual outspoken tendencies, I held back my reservations, hoping I would be proven wrong as I had proven others.

My father died six months later, not because of the treatment but in spite of it; his increasingly frail body was unable to fight on. I hoped this would be my last encounter with serious prognoses, but it was not.

In September 2019, after coming home from playing with friends, our 8-year-old daughter complained of an occipital headache. Within minutes she vomited, then went limp after being rushed to the ER. I silently constructed a differential diagnosis. I dared not articulate it.

“Worst headache of your life” is a dire word association for medical professionals.

This was the first shattering visceral blow. The second was the CT scan, which showed a cerebral hemorrhage. Still, I knew people who had recovered from ruptured aneurysms. All hope was not lost, I said. I did this for my wife but also for myself. If I willed the prognosis to be better, maybe it would be.

It took two agonizing hours for her to be stabilized enough to fly to a hospital with pediatric neurosurgical capacity. As is true of most doctors, I have always had the utmost respect, reverence even, for the skills of neurosurgeons. If anyone could save the day, it would be them. In the early hours, I focused on what they weren’t saying. There was no “All is lost,” but neither was there reassuring confidence.

In the morning, the intensive care fellow took us aside as our daughter’s thin body, beaded with sweat, heaved under the force of a ventilator.

“We’re losing,” she said. “I’m afraid there’s nothing more we can do.”

Lacking a supreme being in which to place our faith, my wife and I decided to make the most difficult decision of our lives and discontinue life support. I still wonder if we made the right decision, question whether fear made us give up too early, and these chronic doubts cut with the acuity of scalpels. But I also know that certainty is a fading flame in a failing body, and in a godless universe, sometimes a “best guess” is all you have to go on.

Mukund Gnanadesikan is a psychiatrist. 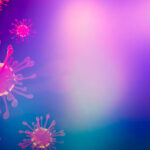 The great resignation can be stopped. Here's how. 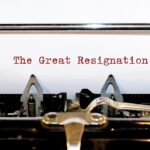 Certainty is a fading flame in a failing body
3 comments