As of October 2019, the small country of Lebanon began its descent into its worst economic collapse in modern history. Exacerbated by the COVID-19 pandemic, the Lebanese currency has lost nearly 85 percent of its value on the black market, and the inflation rate within the country has surpassed even that of Syria, with the worst still to come. As a result, unemployment rates have been climbing, countless businesses, both small and large, new and old, have closed, and commodities once considered basic needs have become luxuries. Electricity, bread, and even basic hygiene products have become scarce and expensive resources. The most basic medications, such as furosemide and colchicine, have completely run out. In a country so heavily reliant on importation, such a collapse means pushing the population beyond the lines of extreme poverty, and into a potential healthcare disaster.

However, in the midst of such turmoil, a beautiful silver-lining still exists. It is the same beam of light that has given hope to many, even in the darkest chapters of humanity’s time on Earth. Lebanese physicians, despite going through the same economic hardship, have maintained their sacred oaths when it matters the most; physicians are upholding their Hippocratic Oath. In addition to avoiding imposing medical harm, many doctors are avoiding imposing economic and financial harm on their patients in such troubling times. Especially in private practice, most doctors have refrained from increasing their consultation fees. To put this into perspective, a once recommended consultation fee of $40 is now worth a mere $6. Efforts have emerged by some physicians, nurses, and other healthcare professionals to provide free consultations and medical services to those in need. Such initiatives seem to be more prominent in rural regions –regions where the population had already been struggling immensely, even prior to the pandemic.

However, as the economic crisis progressed, more and more physicians began to struggle with finances, especially with several hospitals closing. This led the Lebanese Doctors Syndicate to increase the minimum consultation fees for outpatient clinics from 75,000 (previously worth $50) to 100,000 Lebanese liras (currently worth $10). This decision was made to protect doctors who have dedicated their lives to helping others, while simultaneously taking into consideration, as much as possible, patients’ financial difficulties and not significantly increasing their burden. Most physicians are now adhering to the minimum assigned fee only.

The coming months are expected to bring about more hardship to the debt-gripped country of Lebanon. The truth is, this is not only an economic crisis, but it is also a humanitarian and healthcare crisis, and the ripple effect will continue to impact the nation in unprecedented manners. It is now that doctors face their greatest challenge: can they continue putting their community first and upholding their oath at the expense of their own well-being, or will they eventually succumb to the need to secure their own financial security for a future that appears to be bleak? The past few months have demonstrated the increasing likelihood that the oath will indeed prevail. Whatever the outcome may be, physicians around the world will have their eyes set on Lebanon as they struggle with their own pandemic-related economic hardship, and they will find that Lebanon has cemented the nearly forgotten moral high ground that all physicians have once pledged themselves to.

Najat Fadlallah and Julian Maamari are medical students in Lebanon. 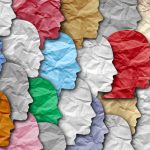 A medical educator shares his love for medicine [PODCAST] 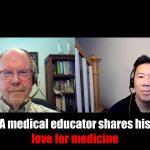