My husband and I recently had a bit of a wobble in our marriage. In truth, it was more than a wobble, and it had been building for years. I am pleased to say that we have traversed the turbulence. Not only are we once again sailing in smooth waters, but we are sailing in more idyllic waters than ever before.

Why did it happen?

For so many reasons, but I need to admit that in large part, it was because my type-B non-medical husband was married to a type-A medical wife.

Our troubles began the day the nanny decided that she was too tired to keep working after falling pregnant and handed in her notice. As the mother of a six-month-old baby, I wanted to tell her that she had no idea about tiredness!

We had relocated from my husband’s hometown when I accepted a consultant position at the hospital, where I had completed much of my training. In retrospect, we don’t remember ever really discussing any alternatives to this plan. At the time, I was working part-time and my husband full-time in a position that was not his usual occupation – after the move, job opportunities with his skillset were scarce. In those 12 months, we got married, had a baby and bought and then renovated a house.

So generous was my consultant remuneration package, I could work one extra day each week and more than cover my husband’s full-time salary. It was a no-brainer. He resigned his position to assume the non-gender-typical role of primary caregiver to our daughter.

The science has provided lots of evidence that there are benefits of the stay-at-home father family structure, including:

It all made perfect sense, but in fact, it was a recipe for disaster.

This new arrangement suited me perfectly! I set to work establishing my consultant career and developed an interest in college conferences. I could go to work dinners and girls’ nights out because my husband could babysit, though, to my own amusement, I condescended to him that I preferred to call it parenting.

Sure, I was tired, and my enthusiasm for intimacy waned, but I was kicking goals in the workplace, and after our second child was born, we had the picture-perfect family.

Ensconced in the niche portfolio of clinician health, I started presenting at conferences and even co-wrote a chapter on the subject in the Australian bible of Emergency Medicine. Clinician health was emerging as an essential topic as healthy doctors provide better patient care. I completely missed the part where the relationships clinicians have at home are a significant contributor to their health and, therefore, performance.

Bucking the societal norm was always going to be a challenge. Otherwise, more people would have been doing it. The statistics show that only 4 to 5 percent of two-parent families in Australia function with a male in the primary caregiver role.

Looking back, it’s easy to recognize that I took him for granted, and we didn’t do enough to establish his own personal and professional niche.
Perhaps he could have worked part-time, and we could have shared the caregiving role. But numerous studies have shown that there remains much discrimination and bias when it comes to men requesting part-time or flexible working opportunities.

Perhaps he would have benefited from participating in community groups, as isolation has been touted as a significant issue for all stay-at-home parents. Consistently being the token male participant can become uncomfortable if you are an introvert like my beau. The isolation only compounds the increased risk of depression that male primary carers bear, alongside the stress and anxiety about being wholly financially dependent.

Some of the tension arose from role conflict within me. As Annabel Crabb said:

I had high expectations on how our household should run and what our children should be achieving. The anger that burned when the beds weren’t made, the spelling wasn’t learned, or the piano wasn’t practiced was born from the shame that I felt like a failure to be the perfect working mother. My husband largely bore the brunt of that guilt.

Our problems came to a head when the prospect of life apart seemed easier to both of us than a life together. The literature suggests that divorce rates in physicians are lower than that of the general population. However, divorce rates in female physicians is greater than that of their male counterparts. This suggests that female physicians are less satisfied in their marriages. I became curious about what factors contribute to marital satisfaction for physicians and their spouses!

A 2013 Mayo Clinic survey of physician spouses found that while physicians often come home irritable and are preoccupied with work, the dominant factor that predicted relationship satisfaction was the awake time spent with their spouse. Specialty choice or hours worked by the physician partner played no role.

Isaac et al found that the physician wife’s support for her husband’s career is critical. Other relational aspects seen as important by the male spouses of female physicians were:

Recently, on our journey back to marital accord, a counselor listened to the narrative of my husband’s 10-year journey of relocation, job sacrifice and social isolation and retorted, “Well, what did you expect would happen?” While it engendered a sense of justification for our struggles, we had to reflect on what we would or could have done differently to help inform a healthier pathway forward.

Perhaps we could have actively pursued flexible or part-time work or seek upskilling opportunities for my husband.

Perhaps we could have placed a half-life on our family’s chosen primary care structure to afford my husband some light at the end of the tunnel.

Perhaps I could have just been a more thoughtful, considerate doctor wife and dedicated sufficient precious time to nurturing the person and relationship that had always supported me personally and professionally, a habit that I can now say I practice more diligently.

There was a time when I espoused to my female colleagues with non-medical partners that the Daddy Day Care model was the only logical way to operate. I still believe there is a place, but now understand that such a proposition must also mandate opportunities for fulfillment for all and contain a mutually acceptable escape clause. Because, as Michael J. Fox once said, “Family is not an important thing. It’s everything.”

Bethany Boulton is an emergency physician in Australia.

What has leadership accomplished by asking for innovation? 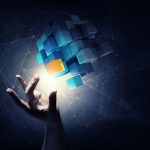 Why this physician and her husband almost divorced
1 comments