I’m currently reading What Happened to You by Oprah Winfrey and Bruce D. Perry, MD, PhD, and being reminded that I react rather than respond when I am in a trauma activation. When that happens, I don’t have access to higher cortical functions like critical thinking. And as Gabor Mate, MD, would say, I don’t respond to what’s happening; I respond to my perceptions of what’s happening. And actually, I don’t respond at all. I react.

This brought to mind various suboptimal interactions I’ve had with the nursing staff or other providers in the wee hours of the morning. The ones where I get off the phone, and I’m so angry that I don’t sleep for the next two hours while composing my letter to their supervisor, only to get into work the next day, having forgotten most of the letter and be greeted by their letter to my supervisor.

It took me a long time in practice to stop reacting to these calls. To be able to stay calm and wake up as little as possible, to facilitate my ability to go back to sleep when the call was over. I’m not talking about the calls where I had to go into the hospital, but the ones that seem like an unnecessary interruption in my sleep. The madder I got, the more I reacted, during and after the phone call, the less sleep I would get, and the more likely that I’d say something that I’d also regret.

The key seemed to be to accept that the call has happened and try to deal with whatever it is about without getting activated and losing more sleep. What I didn’t realize at the time was that it probably wasn’t even a conversation. Most likely, it became just two trauma reactions meeting in mid-air and causing an unnecessary crash. But I never understood this until I was out of practice. I didn’t realize it until just now, reading the book.

The funny thing is, some less-than-conscious part of me did have some awareness. Because I remember joking with an excellent trauma PA that “until I know whether I have to come in or not, I’m not even listening to what you’re saying.” I was only listening for clues to answer my internal question before I could take in anything else. We had a good laugh about it. But every time he called me at 2 a.m. afterward, he always started with “You don’t need to come in” or “I need you to come in.” It was amazing how much this small piece of information delivered upfront affected my reaction or lack thereof.

Without being cognizant of it, I had divined the way around my trauma activation. And I had some subconscious awareness that I wasn’t using my cortical functions until I knew the relief of staying at home or the acceptance of going in. In fact, the longer the conversation would go on without knowing whether I had to go in, the tenser I got, because of the uncertainty.

As a coach, I know I can go back and harvest those thoughts I experienced during the midnight calls: “They shouldn’t be calling me with this. This is abuse. I am not an orthopedic Wikipedia. You could google this shit.” Then I can dissolve each of them with some method of thought work. This sounds great, but still requires cortical function to accomplish and, when fueled by trauma, seems like it could be endless.

But, if I view these thoughts as born from the small “t” trauma experiences from medical school and beyond, then I can discern that these thoughts are the tip of a nearly infinite trauma reaction iceberg. I need to notice the activation, regulate myself, remind myself that I’m safe, and then I can build a pathway out of the trauma swamp, just as I did with the trauma PA’s 2 a.m. calls. This is described in the book on how to work with others in a trauma reaction, but it seems like it would work just as well with ourselves if we can become conscious that we are reactive.

Once I realize that I’m reacting, I can de-escalate with breathing to regulate myself so that I can also help regulate the other person (or at least not activate them), then try to make a connection with the other person, and only then I can move to reason with them. (Or just answer their question and go back to sleep.) I can ask for what I want in a way that doesn’t try to make the questioner wrong or feel stupid but that explains my needs in the situation.

When I’m in a place where I can respond and not react, I also have access to my intuition and wisdom. And this allows me to be helpful to the person on the other end of the phone, which ultimately is why I went into medicine in the first place.

Victoria Silas is an orthopedic surgeon and physician coach. She can be reached at Medical Minds Consulting. 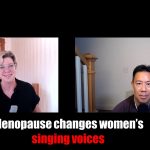