In the 1970s, the U.S. ranked comparably to other OECD countries in terms of health care expenditure and life expectancy. The shift towards becoming an outlier primarily occurred in the 1980s when life expectancy in the U.S. started increasing relatively more slowly than in other countries. At the same time, health care costs have increased rapidly, leading to an unequal development that is up to four times more costly, while life expectancy remains low.

Now, for Americans, analyses of life expectancy compared to other OECD countries appear grim. A 2020 report on life expectancy at birth — the average number of years a newborn can expect to live if current death rates do not change — placed the U.S. (with 76.30 years) far behind the leading country, Iceland (with 81.70 years). Although it has some of, if not the most, advanced health technology in the world combined with the highest total expenditure on health care per capita, the U.S. still lags behind in life expectancy estimates.

So with increased spending and no tangible benefits to the consumer, that begs the question: Where is the money going? Harvard professor David Cutler identified three significant areas of waste in U.S. health care spending: health care administration, greed/capitalism, and higher (unnecessary) utilization. Cutler reports that approximately one-third of all health care spending in the U.S. goes to health care administration. While Big Pharma and hospital systems engage in price gouging, high-tech care is over-provided, and routine care is underprovided.

Despite the U.S. spending significantly more on health care, the percentage of money spent in the public sector by GDP, including Medicare, Medicaid, and the VA, are actually within range of other OECD countries. However, when private spending is added, the difference in health care spending between the U.S. and other OECD countries is staggering. While many may argue that private health care is more efficient and higher quality than those operated by the government, research has shown that this is not the case.

The tool that the U.S. lacks is the power of negotiation. The price of health care services in the U.S. is not priced equally amongst all consumers. With countless private insurance companies, each company must individually negotiate with every hospital entity. This enables health care companies to charge however much they deem fit to insurance companies in the interest of profit. In addition, the cost per visit, hospital stay, and procedure is consistently higher in the U.S. than that of other countries. Though the free market was designed to cultivate competition and fair pricing, the inelastic nature of health care allows health care providers to charge whatever they want. Consumers remain helpless and are forced to comply.

In other countries with a centralized insurance system, the government can negotiate directly with hospital entities and get a standardized price on procedures. This has worked in countries like the U.K., who have contracts with medical device companies that drive the cost of hip replacements down. Meanwhile, the average hip replacement in the U.S. costs $40K versus $12K in the U.K.

However, a single-payer system in the U.S. may not be feasible. With insurance companies gaining more and more wealth, this equates to more political and negotiating power. On this front, Vivian Lee, president of Verily Health Platforms, presents a compelling argument. In her book, “The Long Fix: Solving America’s Health Care Crisis With Strategies That Work for Everyone,” Lee advocates for a health care system that will pay for results instead of action. According to Lee, the switch from a fee-for-service payment system to a value-based payment plan would align doctors’ extrinsic motivation (payment) with their intrinsic motivation (purpose and mastery).

Amid the COVID-19 pandemic, taking a deeper look into the systemic issues in our health care system is even more important. Data from the Centers for Disease Control and Prevention (CDC) revealed that life expectancy in the U.S. declined by 1.5 years in 2020. Since World War II, when life expectancy dropped by 2.9 years between 1942 and 1943, this was the largest one-year decline. The CDC reports that the COVID-19 pandemic contributed to approximately 74 percent of the decline in life expectancy. Even this jarring data masks some of the darker outcomes of the pandemic: socioeconomic inequities translating into health outcome disparities. The British Medical Journal reports that when the average life expectancy in the U.S. decreased by 1.87 years between 2018 to 2020 (8.5 times the average decrease in peer countries), racial and ethnic minority groups experienced an even sharper decline. Indeed, between 2018 and 2020, life expectancy among Hispanic and non-Hispanic Black populations declined by 3.88 and 3.25 years, respectively.

The state of the health care system in the United States remains one of the largest burdens on the country. Unfortunately, there is no simple solution. As medical students, we must work to uproot the years of private health care insurance profits, regulate the cost of medical devices and prescription drugs, align our payment system with patient-centered care, and shift our philosophy from treating illness to preventing it. The question remains how we drive systemic change in a deep-rooted industry while training inside of it. 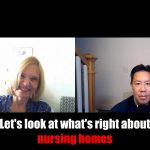 That glorious last summer: A patient says no to chemo

America as an outlier: Paying more for less
1 comments