It never ceases to amaze me that some people do not realize they have the absolute right to make their own health care choices even if everyone else thinks it’s the wrong choice. Once they recognize that every medical option is theirs to accept or reject, the effect can be liberating.

In the Patient Self-Determination Act of 1990 Act, this right to choose is outlined, including the right to refuse treatment, along with the right to create advance directives and decide who should make decisions for you if you become incapacitated.

The Act was enacted after 25-year-old Nancy Cruzan, who had no advance directive, was injured in a 1983 car accident that left her in a persistent vegetative state and on life support. After three years, her parents sought to remove her feeding tube because, in their hearts, they did not believe Nancy would want to live hooked up to machines. Their request was not without controversy as right-to-life groups protested, claiming they were starving her. On the other side were journalists such as Ellen Goodman, who opined in the Washington Post:

The Cruzan family fought all the way to the United States Supreme Court but had no hard evidence about their daughter’s wishes, so they lost that round in their quest for

Nancy’s right to “die with dignity.” The court ruled that no law prevented the “State of Missouri from requiring ‘clear and convincing evidence’ before terminating life-supporting treatment.”

However, the court also ruled that competent adults had every right to refuse medical care under the Constitution’s Due Process Clause, but because Nancy was incompetent, that standard had to be higher.

While this loss must have been a blow to the Cruzan family, the court’s ruling paved the way for advance directives and patient autonomy in making health care decisions. The Cruzans were finally allowed to remove Nancy’s feeding tube, and she died in 1990, nearly eight years after her accident.

Thirty years later, people are still confused about their medical rights. Recently, a friend told me she had a patient that was in for a procedure unrelated to her stage-four cancer. Afterward, the lady mentioned that she wished she didn’t have to have another round of chemo. She loved summer, and with chemo, she would be sick all the time, ruining the summer for everyone. My friend asked why she thought she had to have it, and the woman said her oncologist would be upset if she didn’t. She said she knew the cancer was killing her, and more chemo would not do any good. She weighed the pros and cons of another round and understood the consequences of stopping. However, when she told her family and some of her friends, they made her feel like she was making a bad decision. They insisted she needed to keep “fighting.” The woman said she just wanted to be able to enjoy this one last summer.

My friend told the woman having the chemo or not was her individual choice to make. She said the woman looked at her in shock, saying it was the first time someone agreed that refusing the chemo was solely her decision. She was astonished that a medical professional had listened to her and didn’t try to talk her out of it.

While I have no way of knowing, I like to think the lady found the courage to listen to her inner spirit, and she said no to the chemo. She is free to enjoy her summer with a bitter-sweet poignancy knowing it will undoubtedly be her last. I picture her taking long walks by the seashore, feeling the sun on her face, breathing the salty air, listening to the song of the waves, and enjoying the serenity that only a day at the beach can offer.

She is free to spoil her grandkids and read them lots of stories. She can gather with high school friends over a long lunch and laugh about adventures and secrets that only old friends can appreciate. She can have heart-to-heart conversations with her loved ones while gently preparing them for her eventual departure. Rather than spending her summer dealing with the side effects of poisons designed to kill everything in sight, she can spend quality time with her family and friends. All the while, and after each adventure, she will be mentally checking things off her bucket list as the sweet summertime grows shorter and her life ebbs away.

From fireflies to fireworks, baseball to barbeques, summer always holds the promise of fun and adventure.

She can go to backyard cookouts; enjoy cheeseburgers, corn-on-the-cob, homemade potato salad, and blueberry pie as kids play volleyball barefoot in the summer grass. At the shore, she can savor steamed clams and sweet lobster meat dunked in drawn butter and cap it off with freshly-churned ice cream. Maybe there will be fantastic fireworks while she sits outside with her husband, listening to a summer symphony play the 1812 Overture. Hopefully, she can have deep and meaningful conversations with her loved ones, so no one has any regrets or leaves anything left unsaid. Opting for the summer, she’ll create many happy memories that her family and friends will cherish long after she is gone.

Most of all, even if she can only do half these things, I hope she enjoys every minute of the rest of her time on earth, knowing it was her choice to have that glorious last summer.

Althea Halchuck is a patient advocate and founder, Ending Well! Patient Advocacy. She focuses on end-of-life care and planning, aiming to help people have a “good death,” and can be reached at the Final Exit Network and on LinkedIn.

America as an outlier: Paying more for less 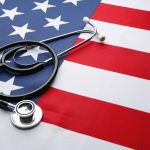 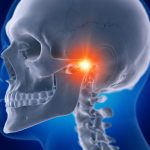 That glorious last summer: A patient says no to chemo
7 comments