In June, the FDA approved aducanumab (Aduhelm) to treat patients with Alzheimer’s disease using the agency’s accelerated approval pathway, despite significant concerns about the evidence regarding the drug’s safety and effectiveness. The agency’s approval decision contradicted the recommendations of its own advisory committee, which voted overwhelmingly against the evidence presented in support of the drug. Soon after approval, three members of the committee resigned in protest. In his resignation letter, Aaron Kesselheim, MD, JD, MPH, of the Harvard School of Medicine, called the aducanumab decision “probably the worst drug approval decision in recent U.S. history.” Tia Powell, MD, director of the Montefiore Einstein Center for Bioethics, called the FDA decision a “failure of scientific integrity.”

Now, one of the major questions is: Will (and should) Medicare pay for the drug?

To better understand the factors at play, we offer a brief review of the drug’s approval process and an examination of the potential implications of the decision.

In its effort to speed the drug approval process, the FDA allowed Biogen to skip phase II clinical testing, which are often considered “learn and confirm” trials. This resulted in researchers not knowing enough information about how to dose the drug to achieve an acceptable balance between the desired clinical outcomes and safety going into phase III trials. Beyond the procedural concerns, the FDA based its approval on changes in a biomarker, rather than clear evidence of changes in clinical outcomes. There were mixed results in the phase III trials regarding reduction in cognitive decline. One study showed no change in decline, and another showed modest improvement.

Under accelerated approval, Biogen has 9 years to show evidence that aducanumab actually reduces cognitive decline. For the approval decision, the FDA focused on changes in amyloid beta plaque, which are deposits of the protein fragment beta amyloid that build up in the spaces between nerve cells. After years of efforts to establish a causal link between the presence of amyloid plaque in living brain and Alzheimer’s, there is still substantial disagreement in the scientific community. The weak correlation between amyloid beta plaque and Alzheimer’s disease has led many people to criticize the amyloid hypothesis on which the FDA decision rests. Along with the questions about clinical benefits, there are some clear indications of serious side effects and questions about whether the administration of the treatment, which requires that patients undergo regular MRIs, will be feasible for many of the people who might use the drug.

Facing increasing criticism a month after approving aducanumab, the FDA provided new prescribing instructions designed to limit the drug’s use to patients with early-stage Alzheimer’s disease. Nevertheless, millions of Alzheimer’s patients in the Medicare program may still be eligible to receive the drug. There are significant consequences of Medicare paying for aducanumab.

The economic consequences for federal healthcare spending are enormous. Biogen is expected to charge $56,000 a year per patient — a lofty pricetag for taxpayers to cover. There are also consequences for patients treated with the drug. Some clinical trial participants experienced brain bleeding or brain swelling. Even if patients treated with aducanumab don’t experience those side effects, there is the ethical question of whether patients should receive an expensive drug, paid for by taxpayers, for which there is limited evidence of clinical effectiveness.

But is Medicare allowed to not pay for an FDA-approved service or drug?

From a legal standpoint, the Medicare program is not required to pay for all medical items and services approved by the FDA. The statute that created Medicare prohibits coverage “for any expenses incurred for items or services which … are not reasonable and necessary for the diagnosis or treatment of illness or injury,” but for the program’s first few decades, the meaning of “reasonable and necessary” was unclear. Since 2000, Medicare began to raise its expectations for coverage with a focus on clinical outcomes, and this focus has sharpened in the past decade. In 2013, when Medicare updated its process for opening, deciding, or reconsidering national coverage decisions, the agency reiterated that it reviews clinical evidence to determine whether an item or service “is reasonable and necessary for the diagnosis or treatment of illness or injury or to improve the functioning of a malformed body member for the affected Medicare beneficiary population,” and noted that “FDA approval or clearance alone does not entitle that technology to Medicare coverage.”

In the past, Medicare has often pushed back on paying for some FDA-approved medical devices and imaging tests. Although the FDA approved the use of a radioactive pharmaceutical (florbetapir [Amyvid]) with PET imaging to identify amyloid plaque in the living brain, it determined in 2013 that FDA approval based on evidence that the test was safe and effective in identifying amyloid plaque was not sufficient to justify coverage. Medicare ruled that it would only pay for amyloid PET imaging when Medicare-eligible beneficiaries were enrolled in a clinical trial designed to determine whether information from the imaging test “potentially improves the participants’ health outcomes.”

Despite not paying for some FDA-approved devices and tests, Medicare nearly always pays for FDA-approved Part B drugs. In this case, FDA has come under severe criticism for approving the drug because of the contested evidence about its benefits. What’s Medicare to do?

Some experts argue that Medicare should use a “coverage with evidence development” (CED) approach as a way to pay for aducanumab for eligible trial participants and collect patient outcomes data at the same time. Yet, the CED approach may not be sufficient to address the broader problem illustrated by this case: The U.S. has a drug approval system that permits some treatments to enter the market with limited evidence, and often relies on surrogate endpoints only rather than requiring evidence based on clinical outcomes. Medicare may, in this case, act as an important fail-safe against this questionable FDA approval by refusing to pay for aducanumab or paying only when Medicare beneficiaries enroll in a clinical trial to study clinical outcomes.

But a longer-term solution must involve strengthening the FDA’s evidentiary standards for product approvals, for drug developers to conduct rigorous clinical trials that focus on clinical outcomes, and to accept negative findings — and for all patients and their advocates to demand no less. 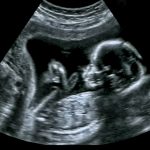 The 5 secrets to setting boundaries at work 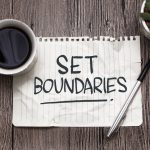