Karen is a 35-year-old physician recently recruited to lead a newly formed department at a large academic health system. She was new to leadership and initially let the prevailing culture dictate the ways meetings were held. There were many tangential conversations and virtually no relationship building. She left each one feeling depleted and angry. “We got almost nothing done, and engagement in the meeting was minimal.”

Boundaries tell us where we end and “other” begins. Setting boundaries protect our physical, material, emotional, mental, and time needs. Only when our basic needs are met can we be most productive, energetic, and compassionate. So, why is it so hard to set boundaries, especially at work? And more important, what can we do about it?

Based on my work with busy physicians, there are the five secrets to being able to set and maintain boundaries at your workplace, whether it’s onsite or remote from your dining room table.

1. When you feel annoyed, resentful, overwhelmed, stressed, or guilty, you probably need to set a boundary. These feelings usually indicate that one or more of your needs are not being met.

2. Ignoring your needs by always pleasing others is a speedy way to resentment and conflict. You can only be your best self at work when you have sufficient bandwidth—which requires having your basic needs met. However, giving up excessive people-pleasing can be tricky. Pleasing someone initially feels really good to you and the person you’re pleasing—making two people who will experience discomfort when you stop.

3. Often, the hardest boundary we need to set and maintain is with ourselves. How often do you tell yourself that you’ll do that unpleasant task at work and then avoid it once again? When was the last time you kept that promise to yourself and took a real lunch break?

4. Clear communication is key, after an issue arises—and before the next one. Use I statements and describe the impact on you and others. Say, “Last week, when you cut short our meeting, I didn’t have a chance to bring up a concern about our new protocols before they were implemented. In the future, please make sure everyone has a chance to share their concerns before the meeting adjourns.”

5. While boundary-setting may initially introduce some tension, it creates a foundation for greater collaboration and cooperation in the long run. Establishing boundaries is like having the right prescription on your eyeglasses. It brings everything into focus.

After Karen and I spoke about her personal values as a leader and her vision for the department, she identified some boundaries she needed to set around meetings. She communicated to members of the department that there would be a new format for their meetings; they would start each one with an appreciation for a recent positive event. She asked physicians, nurses, and administrators to bring a staff or patient story to each meeting to bring to life the impactful work they were doing. She began using more direct language during meetings during meetings to steer participants back when the conversation veered off-topic for too long. The new meeting format has been really well-received—and more importantly, Karen doesn’t leave meetings feeling bewildered and frustrated anymore. Instead, she feels uplifted, energized, and confident in her role as a leader.

Should Medicare pay for Aduhelm? 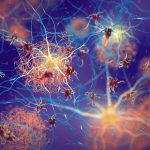 Celebrating everyday Olympians: The "average" among us who always show up 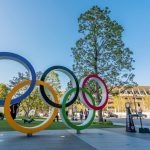