I just finished watching an hour-long YouTube special about pride — yes, I know I’m late for Pride Month. The concept of pride is always one I’ve had trouble getting my head around. Not as a bisexual woman — that’s been relatively easy. Just as a person. Let me explain.

When I started med school, I felt like I was pretending to be a doctor. Like I was performing the med student role. When I heard the term imposter syndrome, it was a relief to know that there was a name for what I felt — that means other people feel it too — but it truly started opening the door to a much deeper sense of inauthenticity in my own life.

I began to realize that I wasn’t just performing the role of medical student in my short white coat, but that I had been performing most of the roles I thought identified me. I had learned how to perform “loving daughter,” “sexy girlfriend,” “recovering depressive” and on and on. I had been performing my own life, not unlike the way tweens do for their social media accounts.

While my therapist and classmates reassured me that imposter syndrome would go away with time — I wasn’t sold. I had learned already that time is necessary for healing psychic wounds, but it is far from sufficient.

In a way, what I’ve been doing in and out of therapy for many years is simply trying to find my authentic voice. My truest and deeply felt sense of self. An authentic life, though, doesn’t just happen. It takes real, actual mindfulness, not the lip service version they pass out in residency training while continuing to extort resident labor. It takes a willingness to sit with yourself in your ugliest, most uncomfortable moments and know that you are still valuable and lovable and a whole person. Your pain is real, and you matter. Part of being human is feeling pain.

However, when I applied to residencies, I was advised by well-intentioned career physicians and others to leave out any mention of depression or the work I’ve done in dealing with my own childhood sexual abuse history. They said they didn’t think program directors would understand.

I was wrong to listen to them. They were wrong, too — both the people who advised me to omit the traumas that have shaped me into a caring soul and the residency directors who would have seen only a “red flag” and not a human capable of growth.

I’m proud of who I am — or at least I’m learning to be. There’s no way to be proud of yourself if you aren’t being yourself in the first place. So, I’m proud of where I’ve been, what I’ve healed, how I’ve survived.

I’m even proud of being in love with a wonderful woman — internalized homophobia notwithstanding. She’s giving me truly unconditional love—which has certainly been a catalyst in the self-acceptance process—and I would never have met her if I’d kept listening to what other people thought I should do with my life.

I left clinical medicine because who I was couldn’t exist in a place that repeatedly tried to amputate parts of me. Of course, it didn’t stop at the personal statement for residency. It felt like these other doctors kept chasing me with scalpels they called “constructive feedback.” I cared too much. I was too invested. I was too emotional. Too gay. Too sad. Too soft. Too whatever for what some version of society thought a doctor should be. I know that I wasn’t wrong, though. They are.

My life as a non-clinical physician is good — I still get to help people and use my very expensive medical degree — but I do miss the clinical side. I love people — and I’m good at connecting with them. The people in my personal and professional life have often told me they wished I was their doctor, both for my empathy and my intelligence. I don’t say that out of arrogance, only so that it’s harder for you to write me off as an exception or a mental health causality.

I do believe a large part of my success is due to knowing who I am. I’m not afraid of the darker places of my own mind, so my patients didn’t have to hide theirs either. I’m not afraid to speak up for myself, so they know I’ll advocate for them too.

Like most non-clinical physicians will tell you, leaving clinical medicine comes with shame. A shame that isn’t different, at its core, from the shame that comes with internalized homophobia. What I’ve realized is that it isn’t really mine. No one is born with shame—that comes from society and its pressures that the individual internalizes.

To my lovely colleagues in the clinics and hospitals, perhaps the next time you feel some shame, stigma or scorn about you being yourself—your brilliant, flawed, human self—you can give it back.

Push back against the idea that providers don’t need to be provided for too. Healers need healing too. At a goddamn minimum, we deserve mental health care, at least as much as writers and comedians. As a comedian quoting a writer once said, when we exercise empathy and truly walk in someone else’s shoes, we put ourselves at risk — their damage can easily become our own, particularly when we aren’t shored up in our own healthy identities.

Watch the movie if you’ve got an hour. Or just listen to it on your drive or while doing your dishes. Because its not just about being gay, its about being proud of who you are, especially when there’s nothing wrong with you. And having physical and mental health needs in medicine, as so many of us do, is such a normal reaction to an insane situation. You’re not crazy.

The thing I love the most about being bisexual is that it gives me hope. Of all the traits and situations I’ve been born into, my sexuality has truly given me the least trouble. It’s also one of the statistically rarest things about me — depression and childhood sexual abuse are way, way more common (like 10x). So, if we can create a world (or at least try to) where people are safe and celebrated for loving who they love, maybe we can start to create a place where healers can heal themselves too.

Lauren Wheeler is a physician.

When it comes to bias, doctors need to do their homework 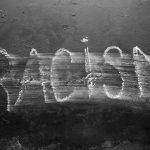 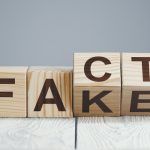