It was the blanket that killed me.  Made for a child.  Cushy, colorful, and crisscrossed with cartoon quarterbacks, clean-up hitters, and cheers like “Rah” and “Go Team.”  What father doesn’t want their son to be the high school hero?

Under the blanket was no toddler.  He was 31, emaciated, and wheezing. His contracted limbs poked out like thorns.  He was dying.

I can’t remember what horrific disorder the genetic lottery chose for him.  He was profoundly disabled from birth.  That didn’t stop his parents from loving him or providing the countless hours of care he needed to reach his 30s, but one aspiration pneumonia after another had wreaked havoc on his broken body, and it was clear he wouldn’t survive this one.  Just as it was clear that he would never spike the ball after the winning score.  I do remember how the palliative care nurse sneered at me when I told her that he was still a full code.

I thought of my own son, two years old at the time.  A handful, but only in the usual ways.  My God, how I loved him.  I thought of my father, 70 and bed-bound from vascular disease and multi-system atrophy.  We shared an obsession with sports memorabilia, but he had a different vision of what made a champion, and I never became the lady’s man he expected.

My patient’s father was soft-spoken and exhausted.  We sat at a scuffed table littered with puzzle pieces in a room that doubled as the ward’s lounge and a family meeting area.  For the first time in weeks, the TV was off, but hallway chatter and overhead pages seeped through the door.

It was a practiced speech, one I had given to many other families, and he had heard from many other doctors.  He nodded to the rhythm as much as the words, except this time, he knew things were different, and whatever resistance he usually mustered never came.  My mind wandered to the hospice orders I would soon write and to the next patient on my list and to the one after that.

But before we were done, he wanted me to know that he wasn’t ready for this.  He would never be ready.  This was his son.

Our eyes locked, and for once, I was present.  I knew. 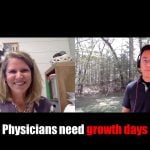 Our health care system may be failing, but it isn’t broken 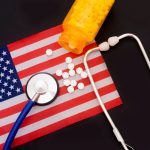 He would never be ready. This was his son.
1 comments