Just like you, I’m trying to make sense of the world around me. But there are no templates for the bridge that health care’s building for its future.

All we can do is listen to weak signals and amplify them.

Recently (and finally), CVS bought Aetna for $69 billion. I spoke to someone intimately familiar with the deal. He called it “vertical stacking” — to expand what CVS customers can get — from drugs to MinuteClinic consultations to now insurance.

But it seems more like CVS disrupting itself before Amazon does. Earlier in the year, Amazon bought PillPack, an online pharmacy (CVS and others lost $11 billion in market value on the day of the announcement).

The market is rife with speculation that Amazon is going to be the biggest company in health care (fancy signing up for Amazon Prime Health?).

After such buzz, do you think other insurances or pharmacies will stay quiet? In the M&A world, more begets more.

In fact, the entire health care industry is in an M&A frenzy. As of June 2018, health care was only third in line (#1 is energy, #2 is media) regarding size of deals.

Zooming in and out. From the forest to the trees.

Health care is so big (expected to get to $8.7 trillion by 2020) that it nurtures mini-industries within itself. Like the space I’m most familiar with: gastroenterology, a medical specialty in high demand.

A long time ago, gastroenterologists (GIs) ran smaller solo or group practices. Despite the myriad challenges of running a medical business, doctors enjoyed the independence that private practices offered.

But over the years, everything got too complicated. From insurance reimbursements to regulatory compliance to even patient behavior. It just became tougher to stand alone. (Younger physicians hardly go solo today. Most join groups or hospitals.)

Hospitals sensed the opportunity. And began luring gastroenterologists to gain access to their patients and bring home revenues from GI procedures. Under the thumbs of hospital administrations, doctors lost their independence. It didn’t help that they were forced to use monolithic hospital EHRs.

Private equity companies are fueling consolidation of GI groups. By providing capital for recruiting other groups, buying new medical equipment, removing administrative burdens and inefficiencies, streamlining technology and so on. They are courting doctors by offering them independence in a way that hospitals can’t.

And the supergroups? I learned that the pipeline goes all the way to 1,000 GIs operating under a single entity.

Private equity (PE) companies refer to this as a “roll-up” strategy. These roll-ups will create a different kind of market dynamic that doesn’t exist today. A tailwind of ancillary opportunities (imaging, pathology labs, nutrition counseling, administrative consolidation, EHR and billing systems unification, analytics and so on).

There are approximately 12,000 GIs in the U.S. today. Present consolidation trends indicate that these deals would cover at least half that number over the next few years. The rest might continue to operate like they do today — finding ways to not buckle under market pressure.

Gastroenterology offers an insightful window into other specialties such as dermatology, orthopedics, ophthalmology, and others.

Larger private equity companies will eventually want to combine super groups across specialties and regions. If that makes no sense, think “vertical stacking” that my friend said as a reason for the CVS and Aetna merger. Or even think of Kaiser Permanente — a non-profit with 22,000 doctors on staff — with a PE twist.

Welcome to the new world!

Just the other day, a doctor reached out to us saying it’s confusing out there. He runs a solo private practice but owns a surgery center with other doctors.

He hates all these things that he’s had to do to stay in practice, like EHRs and MACRA. So he stopped doing those things. But he worries that he can’t keep ignoring them forever. It’ll catch up with him and then be too late.

In the end, he wondered if he should find a way to merge with somebody. But then his operations weren’t so clean. Wouldn’t PE investors want a cleaner practice?

And so the conversation went.

The sooner you accept the new reality, the better positioned you’ll be to shape that reality. Before it begins to shape you. 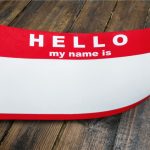 Your patients are counting on you 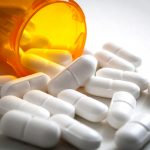