An excerpt from Grief Connects Us: A Neurosurgeon’s Lessons on Love, Loss, and Compassion.

Brené Brown describes the importance of allowing ourselves to be vulnerable and holds up the surgeon as an example of someone who is exempted from this by the technical nature of their work. Yet, as I have come to appreciate, it turns out no one gets a pass. Surgeons and pilots, those whose work requires high levels of technical skill with direct responsibility for the lives of others, have to be able to flex, operating at different levels of vulnerability, but the ability to access their vulnerability is still crucial. Doing so connects them with the privilege and seriousness of their enterprise.

Surgeons who try to reduce surgery to a purely technical exercise fail as physicians. The best surgeons maintain their humanity and their vulnerability. The opposite—a pose of distance and imperviousness—leads us to dehumanize and objectify patients and is a recipe for disaster. We can see the pitfalls of this behavior everywhere in medicine. Mechanical metaphors abound in surgery. “He’s a machine” is an admiring way to describe a colleague who puts aside his own needs and feelings to work unflaggingly. “Productivity” refers to doing lots of surgery and generating revenue. But these descriptions dehumanize both physician and patients: A person who is a machine is one who is not feeling. Productivity is a reflection of the diminishment of the patient: no longer a human being in need of help, the patient has been reduced to a body part in need of repair and assigned a monetary value.

Dehumanizing patients can lead to indifference in physicians. It is a privilege to be trusted to take care of every patient we encounter, yet we can lose sight of this and begin to see our patients as a burden, or as units of work, rather than as individuals. When individual patients cease to matter, we cease to care. This is the precipice of burnout and invites mistakes and poor behavior, such as cutting corners or pushing the envelope by exposing patients to excessive risks.

Often, physicians hold themselves to unachievable standards of perfection. No surgery is ever perfect, yet we expect perfection from ourselves and from our colleagues. Partly the result of training, these unrealistic standards also interfere with emotional connection or empathy. Complications are an inevitable part of the work we do, yet physicians often lack self-compassion. Self-compassion is a crucial component of emotional flexibility; unrelenting self-criticism does not promote learning or modification of maladaptive behaviors.

As the brother of a patient, I discovered how it felt to be on the receiving end of care lacking in compassion and became determined to connect more deeply with my patients and my own emotions. Yet I wondered, how could I balance connection and detachment as a neurosurgeon? Did connecting emotionally with my patients mean I could no longer detach enough to be an effective surgeon? Would it be better to become a technician and leave the emotions to others?

I found the solution to this conundrum through a conversation with Helen Riess, author of The Empathy Effect. Dr. Reiss explains that through the process of self- and other-empathy, emotional armor can be replaced by “emotional agility.” Intrigued, I went on to read Susan David’s Emotional Agility, which characterizes this healthier stance.

They derive power from facing, not avoiding, difficult emotions, recognizing that “life’s beauty is inseparable from its fragility.” Thus, physicians become better able to connect more deeply with our patients and ourselves, increasing our satisfaction and engagement while staving off burnout. Achieving emotional agility gave Dr. David “the power of facing into, rather than trying to avoid, difficult emotions.”

In my own life, I have discovered the tremendous power of emotional connection is an antidote for compassion fatigue, burnout, and despair. This has meant becoming more flexible and resilient. By being less defended, I have become more, rather than less, available. But make no mistake, this requires constant effort. Just as with the emotional armor of practicing physicians, we all use defenses against perceived threats— as David illustrates in her book, our natural inclination is away from agility. By “unhooking,” “showing up,” and “stepping out,” we put aside these maladaptive defenses and create new, and ultimately self-reinforcing, patterns of behavior. The pleasure of seeing with greater clarity and the creation of emotional connections are their own reward. I liken the feeling of this transition to going from seeing in black-and-white to suddenly seeing in color: the increased richness is intoxicating and becomes its own reward. I don’t want to go back.

Emotional agility is an essential element for patients and practitioners alike in achieving a balance between the intense emotions they are suddenly experiencing and the ability to draw on the many resources that are available to them for the asking.

Patients make better decisions with more, rather than less information. Doctors and nurses navigate health care with greater ease than do patients without medical backgrounds. Partly, this reflects greater comfort with the complex and often non-intuitive systems of hospitals and medical care, but it also comes from familiarity with the science and medical basis for making the best possible decisions. The better informed patients are, the better the decisions they will make for themselves and their family members. It is helpful for patients to understand their situations and options to the best of their abilities rather than to blindly trust their doctors and medical teams. This is why education and preparation are so important. People need to make advance directives and difficult decisions before they are confronted with catastrophic illness, not during the tumult that ensues.

Joseph D. Stern is a neurosurgeon and author of Grief Connects Us: A Neurosurgeon’s Lessons on Love, Loss, and Compassion. 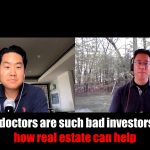