At 84, Emma Shuford found a lump in her breast. After a lumpectomy, she was diagnosed with locally aggressive breast cancer. Her doctors said it was treatable but she needed radiation to help stop it from growing.

At first, she refused. Because of her age and a chronic leg injury, she didn’t feel safe driving to the cancer center. The bus would take 90 minutes each way, and she couldn’t walk the two miles to the bus stop. All her children lived out of state. She lived with her granddaughter, who wanted to help but had a long commute and couldn’t afford time away from work. Shuford, a Black woman, was not alone. Race, income, and zip code frequently affect patients’ ability to pursue or forgo medical treatments, leading to widespread disparities in health care.

But when the cancer center at Cone Health, a regional multi-hospital community health system in Greensboro, N.C., told Shuford it would drive her to and from each of her 30 appointments, she said yes. This allowed her to complete her treatments, and two years later, she remains cancer-free.

“It was such a blessing,” she says.

Cone had created a transportation hub to address limited access to cancer care among patients like Shuford who couldn’t get to appointments. With this program in place, patients who tend to live in two of Greensboro’s less-affluent Zip codes went from “no-show” rates of 12 and 15 percent to less than 2 percent.

The hub came about as a result of an earlier study performed at Cone Health, called Accountability for Cancer Care through Undoing Racism and Equity (ACCURE), which sought to eliminate racial disparities in the completion of recommended treatments for breast and lung cancer.

The study identified barriers to patients receiving care, such as lack of transportation. The health system set out to remove these impediments, doing so by employing real-time warnings from the electronic medical record that notified nurse navigators to engage with patients to ensure they completed treatments. This process included immediate follow-up with patients if they missed scheduled visits — identifying and eliminating obstacles to those visits, the same process later used by Cone to get Shuford to her appointments.

At the American Society of Radiation Oncology (ASTRO) annual meeting in Chicago on Oct. 25, the ACCURE authors are presenting the survival results of those earlier interventions. The new study shows that overall survival went up for all patients who completed recommended treatments. Previous differences in rates of survival between races were eliminated.

This study is the product of nearly 20 years of community engagement focused on achieving racial equity in cancer care. ACCURE, funded by the National Cancer Institute, was a collaborative effort among the University of North Carolina at Chapel Hill (UNC), The Partnership Project, Cone Health, and the University of Pittsburgh Medical Center (UPMC). It is the first prospective clinical trial implementing a solution to address racial disparities in cancer treatment. Many studies have observed that some patients don’t get prompt or adequate cancer care because of their race, but until ACCURE no programs were developed and proven to successfully address these disparities.

Matt Manning, chief of oncology at Cone Health Cancer Center in Greensboro and a co-author of both studies, said, “this study should be lifted up to raise awareness and inspire people that institutional racism can be eliminated . . . through community engagement to create systems-based interventions applying transparency and accountability. The exciting thing is that this study shows how our community is pioneering solutions to champion diversity, equity, and inclusion. This intervention can be applied to other parts of health care and other institutions like education, criminal justice, and law enforcement.”

Founded in 2003, the Greensboro Health Disparities Collaborative (GHDC) brought together community, clergy, health care, and public health members, and academic leaders. They created a model of community-based participation in research from which the ACCURE study developed.

The collaborative has published over 25 papers on improving health disparities at the community level. It’s not surprising these studies have emerged from Greensboro, a small Southern city with a long history of leadership through the civil rights era, from the nonviolent Woolworths counter sit-ins of 1960 to the Simkins v. Moses H. Cone Memorial Hospital federal court ruling in 1963 that prohibited racial discrimination in hospitals that had received public funds.

Rather than focusing on the implicit bias of providers, the intervention is a systems change that aims at eliminating the chance for disparate outcomes by race by tracking results and then acting immediately to correct these differences. This includes interventions such as providing transportation, patient assistance funds to help meet the costs of utilities, rent, and gasoline, as well as telehealth access for patients and family members to attend visits without having to miss work. The GHDC believes this is the best strategy for eliminating institutional racism.

The ACCURE intervention is meant to remove the possibility of different outcomes by tracking patient compliance and outcomes according to race and by building organizational accountability into achieving racial equity among patients. This approach seems more conducive to improving equity in health care delivery than trying to ascertain, or change, the motives and biases of individual practitioners. ACCURE was performed at Cone Health and UPMC, and the preliminary results were published in the Journal of the National Medical Association (JNMA) in 2020.

JNMA is published by the National Medical Association, a historically Black physician organization. The paper was rejected by the Journal of the American Medical Association (JAMA), because, according to some accounts, it said it was not sufficiently important for their readership and belonged in a journal focused on race and health. The culture at the AMA is beginning to accept the concept of institutional racism, but before 2020, JAMA questioned the very existence of racism in medicine, a controversy that led to the resignation of its editor, Howard Bauchner, earlier this year.

The AMA had missed the larger point: Racism and bias are inherent in the institutions which purport to serve us all. Currently, systems permit different experiences according to race. This is plain to see by studying the effects of race in cancer care.

In the current study, 302 patients with early-stage breast or lung cancer were enrolled at two cancer centers between April 2013 and March 2015. Data from patients seen with these diagnoses between January 2007 and December 2012 were obtained as historical controls to establish control completion rates.

The intervention included a real-time registry derived from the electronic health records of participants to indicate missed appointments or unmet care milestones; a nurse navigator; and clinical feedback. The primary outcome was “Treatment Complete,” representing completion of surgery, recommended radiation, and chemotherapy for each patient. Treatment completion in the historic controls showed statistically significant Black-White differences (Blacks (B) 79.8 percent vs. Whites (W) 87.3 percent). The disparity lessened within the interventions (B 88.4 percent and W 89.5 percent).

The real-time registry, combined with feedback, improved completion of treatment for all these patients and narrowed disparities between groups because of immediate intervention to improve completion. This included anti-racism training for the navigators as well as opportunities for them to meet patients and their families at the outset of treatments, allowing them to ask questions and make connections.

The meetings, in turn, led to more personal interventions and communication because the patient became a familiar person, rather than a name on a list. The result was that patients missed fewer care milestones.

These factors would prove to be crucial for Emma Shuford. Only by better understanding her personal concerns and priorities was the cancer center able to solve her immediate transportation problem. Similar multifaceted interventions could mitigate disparities in the treatment of other cancers and chronic conditions.

The previous publication in the JNMA fulfilled the study’s goal of ensuring equity in the completion of treatment. Since treatment completion is directly linked to outcomes, this was felt to be an adequate endpoint. But now that additional time has passed, the current project is a follow-up study of the overall survival of patients treated during the historical control years vs. the ACCURE study years. This showed that there were differences in five-year overall survival between Black and White in the historic period. As they found in the earlier study, the survival disparity disappeared during the ACCURE period and survivals improved for all.

Shuford was able to complete her cancer treatments because people acted in real-time to identify her personal needs and solve obstacles to completing care milestones, thereby addressing underlying disparities. Disparities in survival will improve for all patients if we track recommended cancer care and intervene in innovative ways.

Manning hopes that other cancer centers will take notice of ACCURE’s effectiveness. If adopted, these interventions could have beneficial effects, eliminating disparities at other institutions and in different health care specialties.

Further, he hopes that “hospitals will be held accountable for quality measures, reported by race. Hospitals measure catheter-associated urinary tract infections, mammography screening rates, and length of stay. Why don’t they report these common metrics by race, gender, and zip code? Until we turn on the light, we are blind to the injustice in medicine.”

Joseph D. Stern is a neurosurgeon and author of Grief Connects Us: A Neurosurgeon’s Lessons on Love, Loss, and Compassion. This article originally appeared in the Washington Post.

An un-apology: a physician's breastfeeding isolation 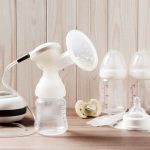 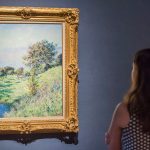