The need for second opinions often arises out of such conflicts.

A patient’s request for a second opinion is not uncommon in medicine, though such a request is often colored by fear, suspicion, anger or desperation on the part of the patient.

One such case was presented in ethics rounds in Pediatrics. The case involved a 13-year-old boy whose parents were both physicians themselves.

An emergency room physician, evaluating the boy for “fever, lymphadenopathy and abdominal pain,” assessed him to be stable and suggested a likely diagnosis of infectious mononucleosis.

The attending physician’s initial management plan was for the patient and his parents to follow up with their primary care physician and review the pending laboratory results in the coming days.

The boy’s parents, still worried, turned to a large social media group of physicians for advice and “second opinions” on the case. They shared online what they felt were the pertinent details and received a wide range of possible diagnoses and management plans. The parents aggressively pursued some of these recommendations through conversations with the physicians at the hospital. It ultimately led to what was later argued to be an unnecessary admission to the pediatrics ward, a consultation with the pediatric hematologist-oncologist, and even consideration for a lymph node biopsy.

The case is an extreme example, especially with the involvement of social media, but it raises some interesting questions.

To start with: Which patients tend to seek second opinions, and why?

Understandably, common reasons for seeking a second medical opinion include uncertainty about the diagnosis or treatment plan, or even a general sense of poor communication. Another study has found that second opinions are often sought by “Women, native-born and established immigrants, people living in central urban areas or close to central urban areas, people with chronic conditions and those who perceived their health status as not very good.”

Interestingly, patients seeking second opinions from other physicians often tend to do so in private practices, rather than via the public health care system.

This is apparently due to the perceived superiority of the private system. The study also comments that these second opinions from private practice physicians did not demonstrate clinical improvement nor higher patient satisfaction.

There is some evidence that second opinions can be helpful, or at least broaden the considered differential diagnosis.

A 2017 study in the Journal of Evaluation in Clinical Practice specifically looked at whether such second opinions changed the course of medical care and benefited patient care. It found that “in 21 percent of cases, final diagnoses were distinctly different from referral diagnoses, “and an additional 66 percent of diagnoses were “better defined/refined.”

Overall, this study encouraged referrals for undifferentiated medical presentations. Notably, however, the study looked at initial consultations from not only primary care physicians but also physician assistants and nurse practitioners. Another study looked at diagnostic imaging and found that requested second opinion reviews by subspecialized breast imaging radiologists “increases cancer detection” and “impacts management” of the clinical cases.

There are other factors to be considered.

When a patient confides in their doctor that they may seek a second opinion, it can be a challenging conversation. Could this course of action go on to damage a longstanding patient-physician relationship? Such questions are rarely answered with a scientific study. Only physicians can answer whether they feel resentful if their patient seeks out another doctor’s opinion despite an initial assessment.

Is there anything physicians can do to alleviate patient concerns when the possibility of seeking a second opinion is brought up? Perhaps not always.

A 2007 study published in Health Policy journal noted that informed, well-meaning physicians that are following appropriate and up-to-date guidelines in their clinical practice might not impact their patient population enough to keep them from seeking second opinions.

The findings of this literature review were that “the implementation of practice guidelines [by the physician] will not eliminate the need for a second opinion consultation. On the contrary, the use of guidelines can even stimulate a broader request for second opinions.”

Another publication looked at parental concerns of the medical diagnosis and found that internet search results that are contrary to a physician diagnosis (in this particular case, the question was over a diagnosis of autism) can reduce their trust in the physician. It did make recommendations such as addressing a differential diagnosis with the parent and addressing any specific diagnostic concerns the parents may have vocalized.

Indeed, the rigorous analysis of second opinions and their utility might not ultimately be as important as taking the time to have an open conversation between the patient and the physician. The physician’s solution to fielding such concerns may lie in managing the patient’s concerns and expectations and the art of communication.

Kalpit Agnihotri is a primary care physician and can be reached on Twitter @AgnihotriMD.

Racial inequality in medicine must end 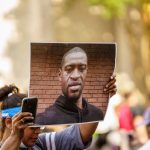 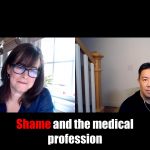