You were a twenty-one-year-old Black man.
When we received you, your eyes were open
I asked if you could hear me
You whispered a phone number and “Mom.”

To the green sterile operating room
With your breaths of anesthesia,
Your final conscious moments
Your pain ceased.

We worked on you for hours, Terrell.
I swear we tried
With fourteen units of O negative
Surgeons explored your wounds.
They clamped your major arteries.

Until your heart failed
And we watched you leave us.
I was a medical student.
“Close him. Learn how to suture.”

Tears rolled down my face.
Your blood had not yet dried on my legs.
Tomorrow’s paper would bury you on A22.
North Memphis Man Shot.

Although I have been a practicing anesthesiologist for over twenty years, last year was the first I’d heard of second victim syndrome. In medical error cases, the first victim is the patient, while the second victim can be anyone on the health care team involved in that error.

However, even when no medical mistake occurs, the psychological trauma of a patient’s unexpected or traumatic death can leave the same trail of anguish, anxiety, and helplessness among the health care team as if it was our fault. Every doctor and nurse I know has at least one Terrell seared in their memory. I, unfortunately, have a few others.

The infant with necrotizing enterocolitis that the surgeons could not save; I swaddled the infant, and with tears falling, placed him in his mother’s arms so he could die enveloped by love and not operating room steel. I carry the image of her hand, stroking his cheek, eighteen years later.

Or the two-year-old girl with the bow in her hair, who was the same age as my niece at the time, brain-dead after her babysitter shook her to death, i.e., “shaken baby syndrome”; as the surgeons harvested her organs, I administered drugs to maintain her blood pressure. And when they finished, I turned off my machine, called my sister, and wept. I held my niece and prayed for her continued health.

Or my middle-aged patient, the routine case, who coded on the induction of anesthesia and never woke up. After hours of resuscitation, again, all that was left to do was pray. I hugged his wife as the surgeon, and I conveyed the news. Her children surrounded her. I cried that night as well, as my empathetic husband, a former army medic, held me and reassured me until I slept.

The memory of these patients, and their families’ utter anguish, stays with me. There was nothing I could have done to save them, nothing I did wrong. I’ve lost sleep, questioned my career choice, and sought mental health counseling to manage the stress of their loss. But the pain of their unexpected and tragic deaths lingers, like the torn knee tendon that heals but still throbs. I can walk on it, but it will occasionally start to ache—a reminder of trauma.

A day in the life as a medical assistant 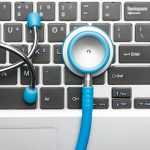 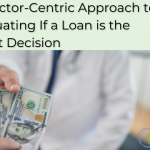