“How can we, as physicians, convince Black patients to take the COVID-19 vaccine?” my residency interviewer asked me, a Black fourth-year Johns Hopkins medical student.

I paused. I couldn’t help but wonder if the interviewer had asked all of the other applicants this question, or just me, the sole Black applicant interviewing amongst eight other colleagues. Nevertheless, I entered the field of medicine with the hopes of promoting health equity in Black and Brown communities, so I was eager to engage in this dialogue.

According to the CDC, Black people are 3.7 times more likely to be hospitalized and 2.8 times more likely to die from COVID-19 than white people. However, a recent study conducted by Pew Research found that Black Americans were the least inclined of all ethnic groups to accept the vaccine: 42% of surveyed Black Americans intended to get vaccinated, compared to 63% of Hispanic and 61% of white adults.

Our nation is fighting an uphill battle against a virus that, in the past 2 weeks, has become the leading cause of death in the U.S., surpassing heart disease and cancer. To bring this devastating pandemic to an end, we must ensure that no community is left behind.

Many Black health care workers who have been in the hospitals since the pandemic began, including myself, praised the development of the COVID-19 vaccine and understood its necessity, especially after seeing our patients and their families’ suffering. Yet, at the same time, we understand the skepticism. From the dialogues with our patients, families, and communities, we get a better sense of the levels of understanding, mistrust, and confusion surrounding the COVID-19 vaccines in Black communities.

A 65-year-old Black woman who lives in low-income public housing and serves as her four young grandchildren’s primary caretaker told me she was doubtful she’d take the vaccine. A few years before, her 34-year-old daughter passed away within the first 10 minutes of being brought to the emergency department. She was found to have multiple blood clots in her lungs. Her daughter had pleaded with nurses and physicians for several months beforehand that her chest hurt, but she never received the care she deserved. Why would she trust a health care system that disregarded the life of her daughter?

A 24-year-old healthy Black teacher told me he favored a wait-and-see approach. He planned to monitor the long-term effects of those vaccinated before accepting the vaccine in earliest 2022. He expressed that he didn’t want to be used as a guinea pig in a science experiment.

How do we address these concerns in conversations that will inevitably arise?

First, we must acknowledge that the fears of the Black community are valid and based on truth. Several miscarriages of justice have affected the trust (or lack thereof) that Black people have in the health care system. One of the most notorious instances was the Tuskegee Syphilis Study from 1932-1972, during which researchers deliberately withheld the cure for syphilis from poor black males suffering from the disease. Only in 2018 was a statue of physician James Marion Sims, controversially called the father of modern gynecology, removed from New York’s Central Park because of the monstrous experiments he conducted on slave women. And sadly, we continue to see deliberate mistreatment of Black people by the U.S. health care system in the present day. In 2003, the National Academy of Medicine reported that racial and ethnic minorities receive lower-quality health care than white people – even when insurance status, income, age, and severity of conditions are comparable. Racial disparities in the health care system are an epidemic in their own right and need to be recognized to appreciate these concerns’ origin. This is the first step to rebuilding trust with our patients.

Second, provide education and dispel misinformation; this is key. Our job as members of the medical field is to take information that may seem complex or confusing and present it in a way that is understandable and digestible so our patients and community feel well-informed and empowered to make the best decisions for themselves. A Black general surgery resident shared a powerful example of vaccine education in the Black community on Twitter. He was sitting in the barbershop, when a Black gentleman told the physician, “Doc, don’t take it…they’ll inject the virus into you.” He replied, “Man, it’s actually not even the virus, which is a good thing. It’s this super cool molecule called mRNA that tells your body what to do if it sees the real thing.” Throughout the conversation, the physician allowed himself to be vulnerable. He didn’t claim to know everything about the vaccine, but he told him what he knew in a way that was easy to understand. By the end, the gentleman said, “Well, that makes me feel a lot better about taking it.”

Nationally, COVID-19 vaccination outreach to communities of color will require large-scale efforts by the government, public health authorities, and respected leaders in the scientific community. Locally, the most impactful outreach will likely happen at the grassroots level – by Black community leaders and organizations who these communities know and trust. Partner with and uplift these Black voices. Take the time to read the history that undermines trust in Black patient-physician relationships. Familiarize yourself with the Moderna and Pfizer trials, so you’re well-equipped to spread awareness about the vaccines and combat rumors in a patient-friendly language. Lastly, I urge you, keep trying. A Black patient’s mistrust in the medical system that is rooted in over 400 years of injustice will not likely dissipate after one conversation. Continue to engage your patients in the clinic, engage your communities at the barbershop or (virtual) church. Skepticism isn’t inherently negative; let’s answer it with transparency and truth.

Amira Collison is a medical student. 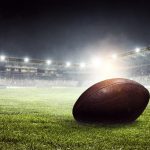 Health care workers who are forgotten on the frontlines

How can physicians convince Black patients to take the COVID-19 vaccine?
2 comments